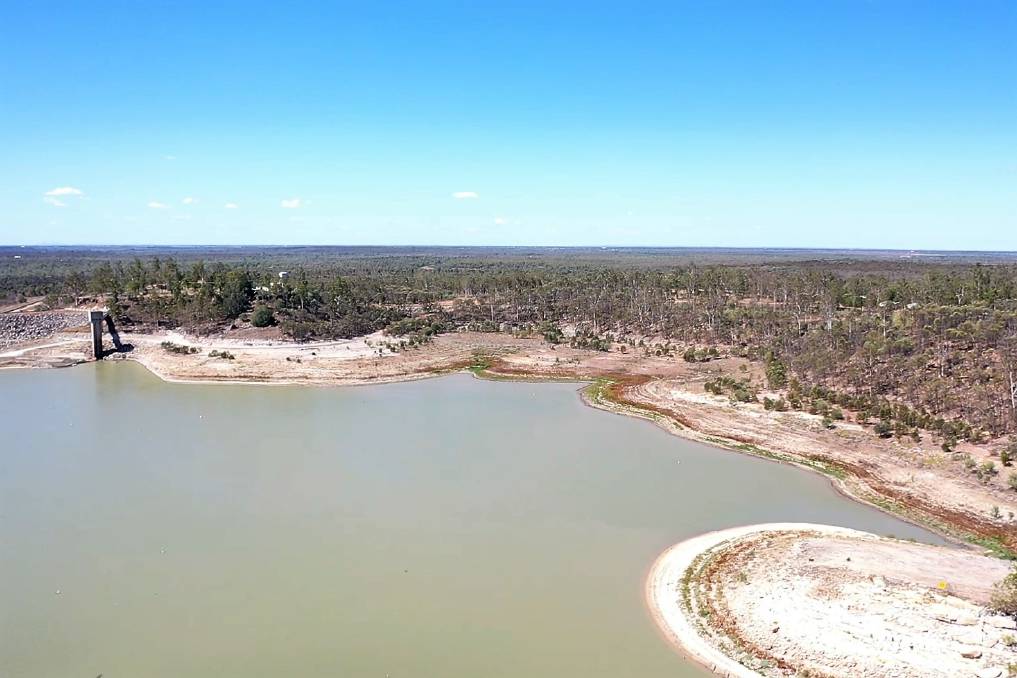 This week's record low water level in Fairbairn Dam at Emerald is expected to impact water allocations for both high and medium priority customers if there are no inflows before the start of July.

This week's record low water level in Fairbairn Dam at Emerald is expected to impact water allocations for both high and medium priority customers if there are no inflows before the start of July.

Variable factors such as evaporation, seepage and water usage will be taken into account.

The previous lowest recorded capacity was 11.8pc in December 2006. 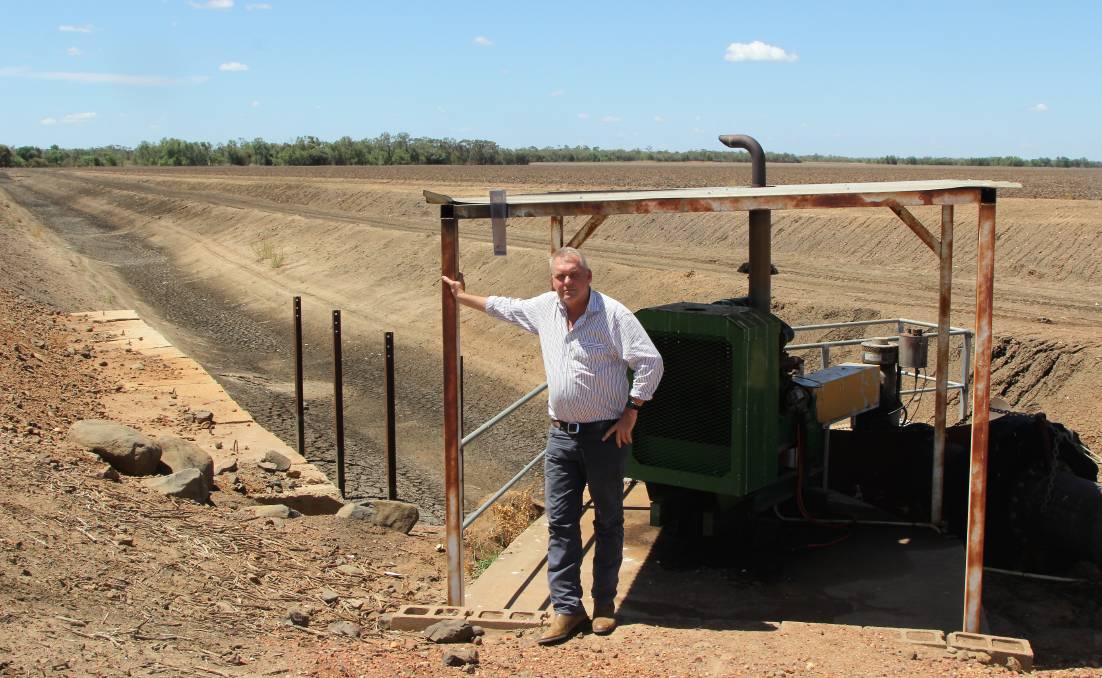 Gregory MP, Lachlan Millar, who has family members in the central Queensland cropping industry, said Emerald locals were bracing themselves for limited water.

"It's just a wait and see situation at this stage, but this is going to have an economic impact," he said. "It's had an impact in town too, on tractor dealers, fertiliser and chemical resellers and the like."

His brother Hamish Millar, at Trawalla on the north west side of the irrigation area and part of the Selma channel system, is like many others, with his ground ready to go when there's sufficient moisture.

"When it does rain, they may plant on rain and hopefully get some water in the catchment and get some sort of allocation," Mr Millar said. "People are waiting for maybe some late storms, a late low, a late cyclone, because it's going to take a fair bit of rain to fill up that catchment."

Mr Millar said some growers had been able to make use of carryover water last year to keep their plantings up, but said the bulk of the cotton plantings around the Emerald irrigation area had been significantly reduced, with medium priority entitlement holders in the Nogoa Mackenzie Water Supply Scheme allocated 11pc.

How low can it go? Fairbairn Dam at #Emerald is just 11pc full. It doesn't bode well for allocations this season, unless a wet season starts to happen in the catchment @Lachlan_Millar@CottonAustralia@qclnews@CHRCouncil#drought#damspic.twitter.com/mbuapHWp3f

The Sunwater spokeswoman said the scheme's customers had been able to carry over unused water allocations from 2017/18 up to a scheme-wide cap of 75,000 megalitres.

"Individual carry-over volumes will vary depending on customer water use last year – the total amount of extra water available is equivalent to 40pc of the scheme’s total allocation," she said.

"With this possibility in mind, we have been working with our customers to maximise benefits to the region for the 2019/20 water year.

"One of these benefits includes confirming that both medium and high priority customers will be able to carry-over unused water allocations from 2018/19 into the 2019/20 water year, subject to the scheme’s operating rules."

High priority water allocations are typically used for town water supply, industrial use — including mining and power generation — and for high-value cropping.

Holders can usually access water more frequently and with fewer restrictions than medium priority water allocation holders, but pay more for the reliability.

During extended dry periods, high priority water allocations are the last group to be placed on restrictions.

Mr Millar said the situation at Emerald and in the Southern Downs Regional Council area, which introduced extreme level water restrictions on Wednesday, highlighted the LNP's call for studies to end and commitments to start.

"We need to stop putting in white papers and theses and paperwork. We actually need to start digging a hole in the ground and start putting in some dams," he said.

"There's some fantastic opportunities across Queensland - Urannah, Hell's Gate, but also on the Flinders River.

"We've just seen one of the most massive floods for a very long time - there's some great proposals put together by the Flinders and Richmond shires to be able to capture some of that water and use it for cropping.

"The federal government has the money on the table but the Labor Party won't match it."