Beryl the Brahman was already a social media star, but her tale of survival has warmed hearts around the world. 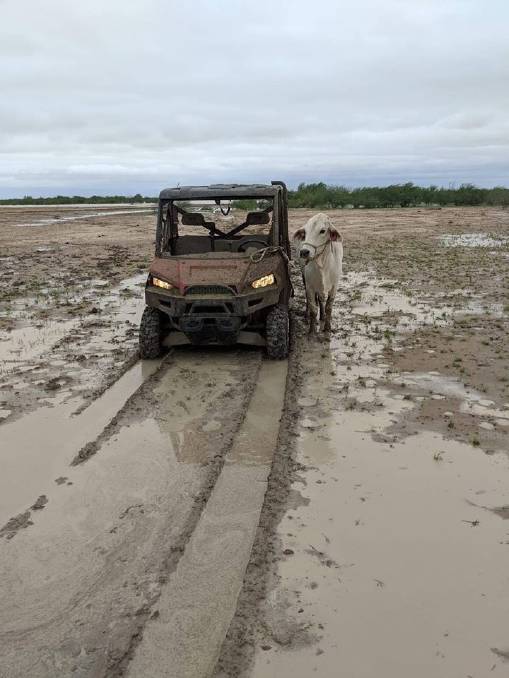 Beryl the Brahman is no stranger to online fame, but in the past week her star has risen substantially after her owners shared her tale of survival during the flooding in North West Queensland.

Raised as a poddy calf by owners Sally and Jake Webster, four-year-old Beryl was out in the paddock at Balootha, 100km north of Julia Creek, when the weather event hit.

Mrs Webster took to social media to share how more than 32 inches fell on Balootha over 11 days, causing them to lose more than 90 per cent of their stock.

She told of how as the rains continued, they became desperately worried about Beryl, who has been a social media sensation since her days as a cheeky mango-loving heifer near Georgetown.

During a break in the weather Mr Webster headed out to Beryl’s paddock, finding her at the back of a ridge where she had been eating prickle bush. He also found Lilly, their niece’s poddy calf, about the same age as Beryl.

“We realise finding two Brahmans amongst 4000 is no great win,” Mrs Webster wrote.

“But boy oh boy it was good for the soul. And as the tears flowed Jake bought them home and finally we had them safely with us. And a whole lotta nice was put into our hearts for the day. The timing was so lucky - the weather didn’t break for another two days - it was so cold - and I can guarantee if Jake didn’t go and get her - she wouldn’t have survived.”

Speaking to the Queensland Country Life, Mrs Webster said she wasn’t sure whether to share Beryl’s story online initially, but decided it was important to help get the word out about the scale of the devastation.

“We really wanted people in Australia and overseas to see what’s happened and for our government to pay attention too,” she said.

“The response has been huge actually… it’s reached over a million people.

“We’ve had reporters from the US contact us about the story.”

Beryl is among about 200 survivors that have been found so far on Balootha out of 4000 head, but Mrs Webster said the losses were still coming as surviving cattle succumbed to sickness.

“It’s just been hectic, I don’t think anyone’s had a moment to sit down and think,” she said.

“Everyone is just doing what they can.

“I don’t think anyone can have real numbers yet of how many cattle they have lost.

“We will also have heaps of fencing, there are pipelines washed away, turkey nests walls washed down… there will be a lot to be done over the next six to 12 months for most people.”

Mrs Webster said Beryl’s story was a bit of hope in a tough time.

“Every person in the bush has a Beryl or two, a poddy they have raised that you have such a connection with,” she said.

As for Beryl, she has settle back into life around the homestead on her blanket, just like when she was a young heifer.

“I don’t think she will be going far from the house for a while,” Mrs Webster said. 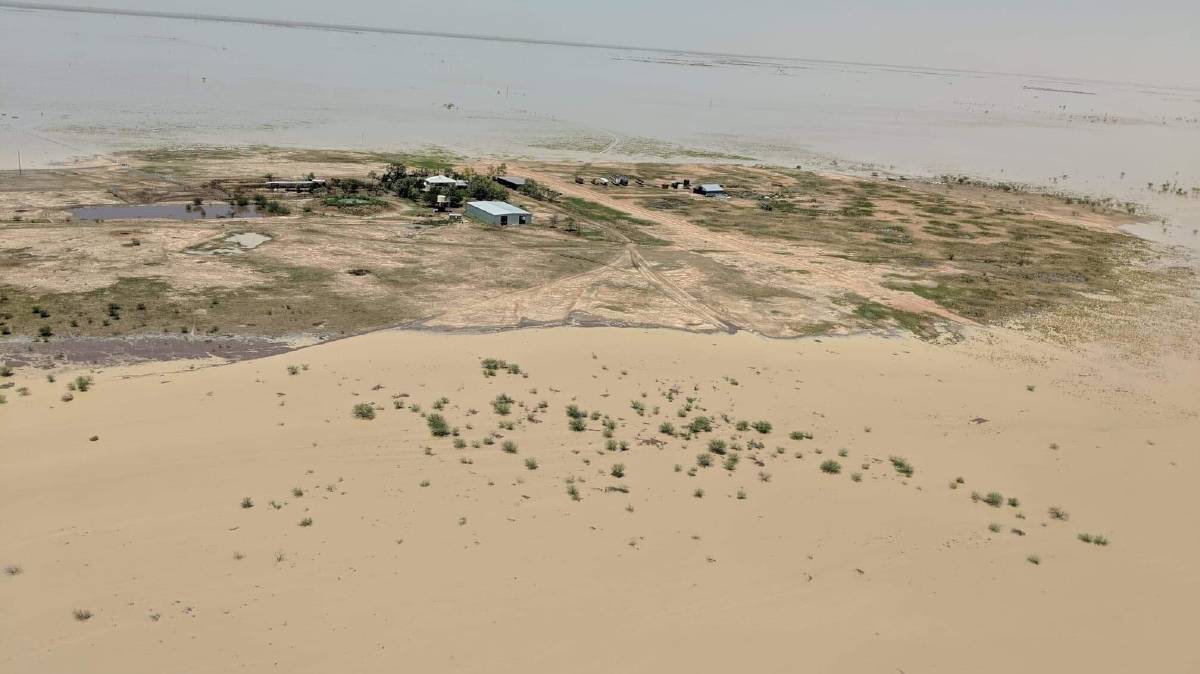 The homestead at Balootha, surrounded by floodwater. Photo- Beryl The Brahman Facebook page.