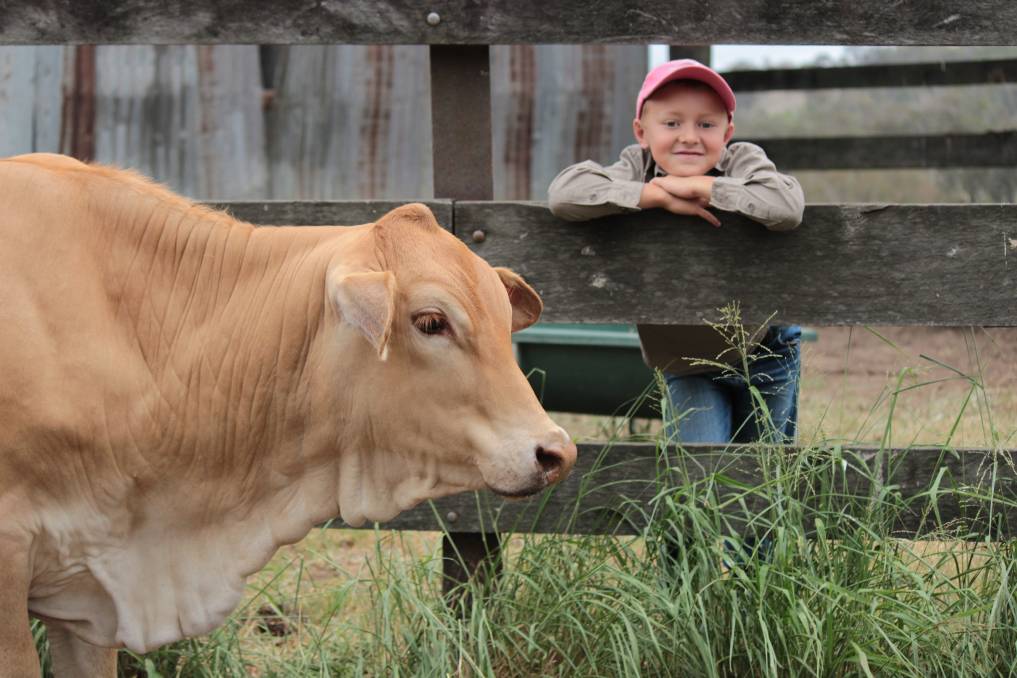 Mac Smith, Vale View M Droughtmasters, Manumbar, with his heifer Vale View M Giggles, which will be offered at the 2019 National Female in lot 102. All proceeds from the sale of Giggles will go to the McGrath Foundation.

Young studmaster Mac Smith, Vale View M Stud, Manumbar, will be offering two heifers at the Droughtmaster National Female Sale, with all proceeds raised from the sale of one of these lovely ladies, Vale View M Giggles, to go to the charity.

During the Droughtmaster National Female Sale, taking place on Saturday, March 9, at the Gympie Saleyards, young studmaster Mac Smith, Vale View M Stud, Manumbar, will be offering two heifers with all proceeds raised from the sale of one of these lovely ladies, Vale View M Giggles, to go to the McGrath Foundation.

Their nurses provide physical, psychological and emotional support from the time of diagnosis, throughout treatment, and their support is free.

Mac’s parents Dave and Colleen Smith, Vale View Stud, said they think it’ll be an important life lesson for their son to give back, especially with two heifers purchased for his stud operation, having ties back to charity organisations.

Colleen said the first heifer purchased for Mac in 2011, was Lamont Keepsake, the proceeds of which were also donated to the McGrath Foundation by Mac and Gayle Shann, Lamont Stud, Cantaur Park, Clermont.

“We purchased that heifer for Mac’s stud sight unseen for $4750,” Colleen said.

“Dave and I felt it was an important and memorable purchase as both of Mac’s grandmothers died of breast cancer in their early 50s, so he never got to meet them,” she said.

“Her proceeds were kindly donated to the Jake Garrett Foundation by Nick and Sarah Hughes, Farogan Valley Stud, Upper Kandanga.

“Giggles (lot 102) is a heifer calf out of Farogan Valley Hope, so we felt she’d be a great choice to keep the charity line going, which is why we’re offering her in such a way at the sale this year.

“We know Mac will look back and feel proud that he’s given something to help a foundation that could have helped his grandmothers if it was around at the time.”