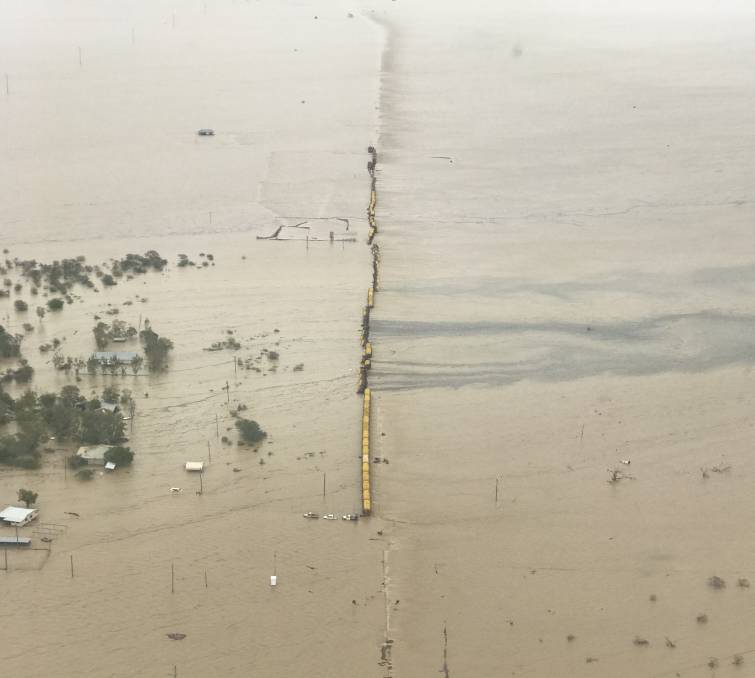 A freight train carrying zinc, lead and copper anode has derailed in floodwaters at Nelia. Supplied:QR

A FREIGHT train carrying zinc, lead and copper anode has tipped in floodwaters at Nelia, 60km east of Julia Creek.

Queensland Rail CEO Nick Easy said the freight train had been stowed at Nelia since January 31 as a precaution due to the heavy rainfall on the Mount Isa Line.

“Due to flood waters continuing to rise and heavy rainfall, Queensland Rail crews are unable to physically access the site,” he said.

Aerial inspections on Thursday afternoon showed some of the train’s 80 wagons had tipped from the force of the flooding, with mining products spilling into the water.

Queensland Rail has reported the issue to emergency services, Department of Environment and Science and the Office of the National Rail Safety Regulator.

Mr Easy said Queensland Rail will work closely with those agencies to respond to the issue and will keep the local community updated.

“While Queensland Rail understands all other locomotives are safe and accounted for, further aerial inspections will be undertaken as soon as is safe to do so to confirm this,” he said.

“This is an unprecedented flooding event and Nelia is a high point in the area which has previously provided safe flood-free stowing for trains in flood events.”

The Department of Environment and Science was contacted for comment and said they were working closely with Queensland Rail.

Major flooding remains across the region, with agencies mobilising to provide emergency fodder relief to graziers affected by the extreme weather.