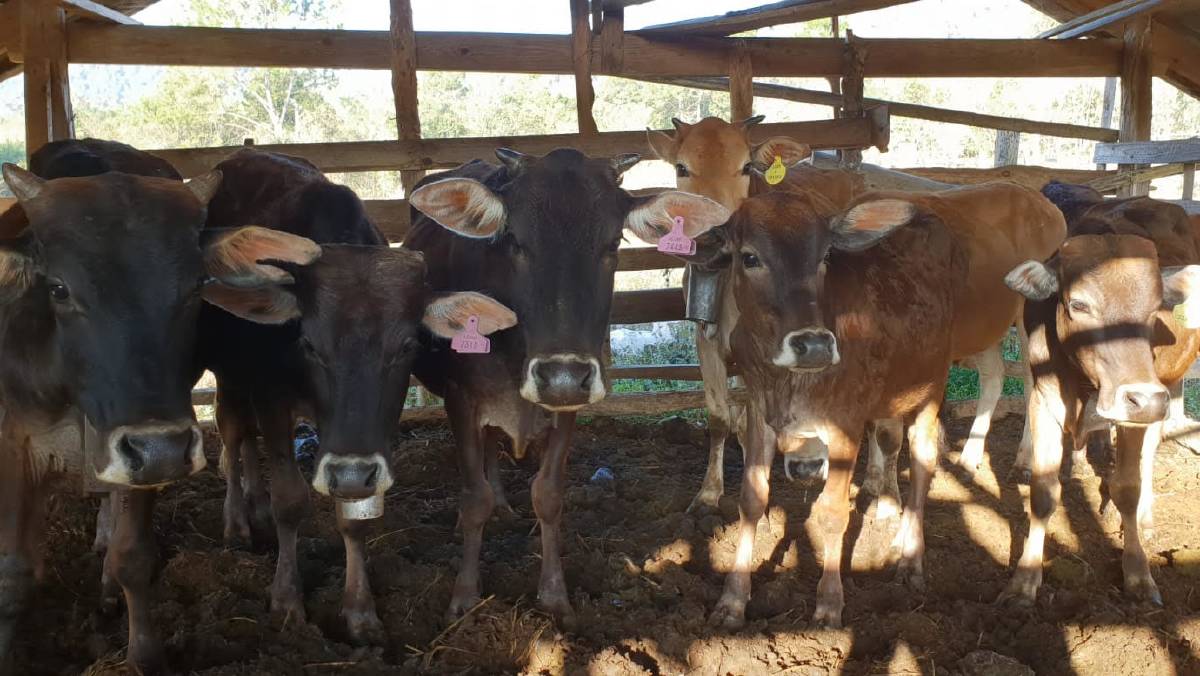 ONGOING CONCERN: South East Asia is continuing to struggle with outbreaks of foot and mouth disease.

South East Asia is continuing to struggle with outbreaks of foot and mouth disease.

SOUTH East Asia continues to struggle with outbreaks of foot and mouth disease across most of its mainland countries.

There is growing concern in Laos lately following the detection of the highly contagious disease in that country’s northern region in January. Few cases had occurred there following an extensive vaccination campaign that began in 2012 and ceased in 2016, with 1.6 million doses of vaccine used.

Professor Emeritus Peter Windsor from the Sydney School of Veterinary Science at the University of Sydney said the outbreak was predictable as the last major epidemic was between 2010-12 outbreak and the virus suppression by vaccination had now ceased. 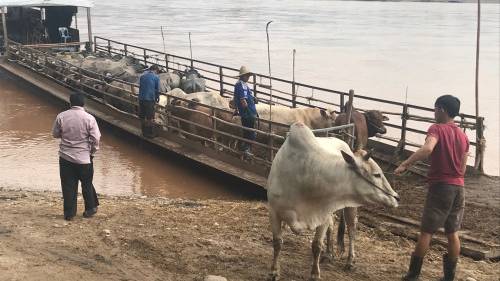 CROSS BORDER EXPORTS: Cattle and buffalo being shipped from Thailand to Laos.

“FMD seems to operate on a cycle of about five to seven years,” Prof Windsor said.

“When an outbreak occurs a large percentage of the herd is typically infected. When those cattle recover they are effectively immune to that particular isolate for life.

“However, over time – typically five to seven years – those cattle are replaced, by a new naive population. Plus new FMD isolates can enter the system from unregulated trade of animals between countries.

“It’s currently unclear how the latest outbreak occurred in northern Laos, but with limited control of livestock between the different countries, the informal trading and unofficial movements are certainly a big risk for the spread of FMD.”

Laos is a landlocked country that shares borders with China, Thailand, Vietnam, Cambodia and Myanmar. Laos is equal to the size of Victoria and has an estimated 1.6 million cattle and 775,000 buffalo. 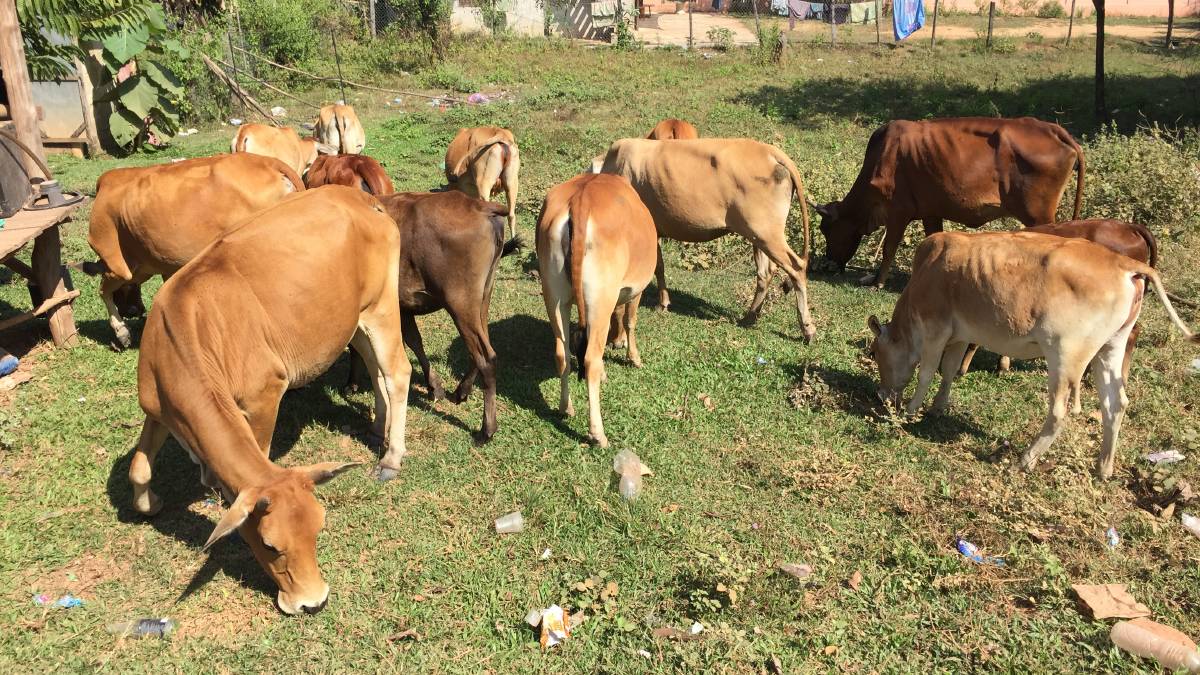 Yellow Cattle grazing on the roadside near the Laos capital Vientiane.

Working in Laos’ favour is that 1.2 million vaccinations were administered during 2012-16, which may have slowed the latest outbreak.

Australian vet Dr Isabel MacPhillamy, a project officer from the University of Sydney, will fly to Laos on Sunday to begin a survey of the extent of the outbreak in the country’s northern region, partnering with staff from the Laos Department of Livestock and Fisheries officers.

The project will involve taking blood and saliva samples from up to 640 cattle in nine of the country’s northern provinces.

“That should provide some good information on how to best manage the disease and future outbreaks.” 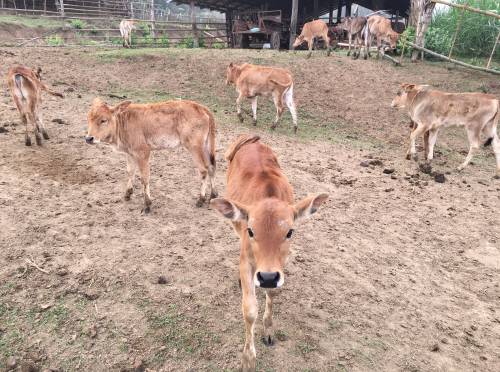 Calves are at particular risk from foot and mouth disease.

Australia is no stranger to helping developing nations build their capacity to manage livestock disease risks. With Australian assistance FMD was eliminated from Indonesia in 1985 from the Philippines in 2005.

“We helped eliminate FMD in these island countries but the SE Asia mainland is much more challenging and not surprisingly that status is now at increased risk because of the massive increase in demand for meat and meat products, especially in China and Vietnam" he said.

“Livestock and meat products come through mainland SE Asia from countries further west that are endemically infected, including Myanmar and India.”

Prof Windsor initiated the research program to help modernise the smallholder livestock system and help control FMD in Laos and Cambodia in 2005, through funding from the Australian Centre for International Agricultural Research. 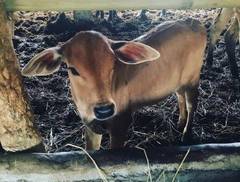 “Australia and New Zealand are unique in the world when it comes to livestock biosecurity,” Prof Windsor said.

“In addition to being island nations they have the resources and the awareness that we should do everything in our power to protect our biosecurity system and help control FMD.

“FMD is not hard to control where a sophisticated, high level vet service exists. Australia doesn’t have the disease, and if we expect that should it enter, we would eliminate it rapidly, as long as it was diagnosed quickly."

“But regardless of how quickly we dealt with the disease, the impact on trade would be devastating.

“All of our wool, half of our lamb, and 60-70 per cent of beef would instantly have nowhere to go.

“FMD is recognised as a potential $60 billion problem that would paralyse Australia’s livestock industry.”

However, Prof Windsor said FMD was a more fundamental problem in developing countries.

“In subsistence farming systems the value of livestock has been previously been relatively low and animal health is generally poorly understood.

“It’s when we can help shift smallholder farming from subsistence to small to medium beef operations that livestock take on real value and farmers are more willing to control disease.

“The reality is that FMD is currently largely uncontrolled in resource poor countries.”

Prof Windsor said while Australia had been largely focused on keeping the disease out of Australia, it was important to help build the capacity of affected countries to suppress and eventually  eliminate the disease.

The last outbreak of FMD in Australia is thought to have occurred in 1872.

- MARK PHELPS traveled as a guest of 4 Season Company to Laos.