It’s mateship that sets Australians apart in national characteristics and that’s undoubtedly the quality that the Burrumbuttock Hay Runners bring to their drought relief efforts.

It’s mateship that sets Australians apart in national characteristics and that’s undoubtedly the quality that the Burrumbuttock Hay Runners bring to their drought relief efforts.

As the latest convoy of 180 trucks, over 6500 bales of hay, and more than 500 volunteers rolled in to Quilpie on Friday afternoon, two long-standing helpers were part of the entourage on the road for the first time.

Emerald’s Lyn and Calvin Bartley have previously helped out on the ground at Ilfracombe and Muttaburra, cooking meals for the drivers, but this time they made a 4000km journey to see what it was like from the other end.

“It’s so different, the excitement there,” Lyn recounted.

“At Darlington Point they all turned up shaking hands, mates that hadn’t seen each other for 12 months.

“The mateship here is unbelievable.

“We’ve learnt to understand what the farmers go through but seeing what it means to these guys – having more to do with the truckies has given us the whole picture.”

Golden gifts of hay at #Quilpie ready to go out to graziers in need tomorrow, thanks to the #BurrumbuttockHayRunners@qclnews#AustraliaDay2019pic.twitter.com/teHQhFUE88

It was a suggestion of BHR founder, Brendan Farrell, that sent them on this journey, and it was also his suggestion that the $3000 the Bartleys raised in their Emerald community be used for first aid supplies, Lyn said.

She explained that they identified up to date medical kits were one of the items that people stop spending on when drought hits.

“They were all purchased locally in Emerald with local money.” 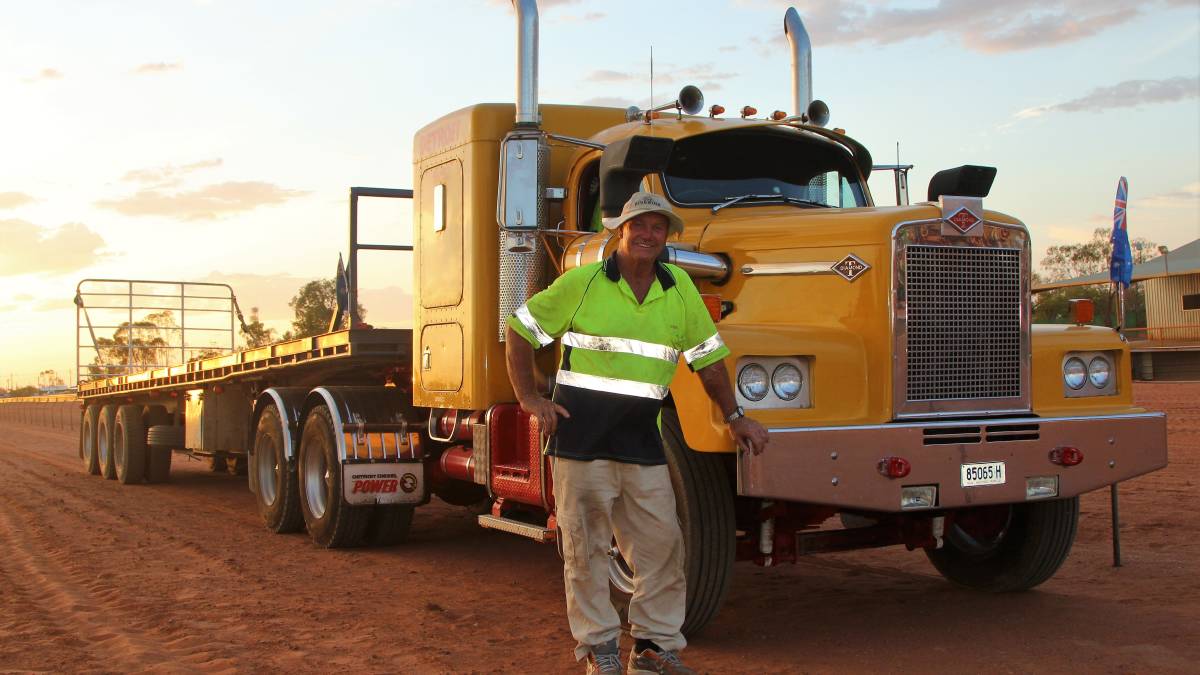 Trucks of all shapes and sizes are part of the annual pilgrimage to people in need and a yellow 1964 Diamond T prime mover with a 692 Detroit diesel engine, plus a 43 foot tri-axle trailer, is one of those that stands out.

It was driven up from Booroowa in New South Wales by Bay Kelly, loaded with 32 bales of hay from Leeton and delivered to a family in need waiting at the Fox Trap at Cooladdi.

Bay, who said his family had been in sheep and cattle for five generations, was the willing driver and said it’s what he liked to do for his service to the community.

He also fought bushfires round Sydney in 1994 and 2001, and has been on the Burrumbuttock hay run to Cunnamulla last year, as well as delivering bushfire relief at Dunedoo.

“I feel for the people we’re helping here so much.

“I reckon our politicians could do a lot more with financing drought relief efforts like these, and I wonder where the big companies are too.”

Bay described his truck as having character.

It was definitely old-school cooling on Friday, as temperatures approached 45 degrees in south west Queensland – with no air-conditioning, Bay had the windows wound all the way down for natural cooling.

The Burrumbuttock Hay Runners will be busy making hay deliveries throughout Australia Day.