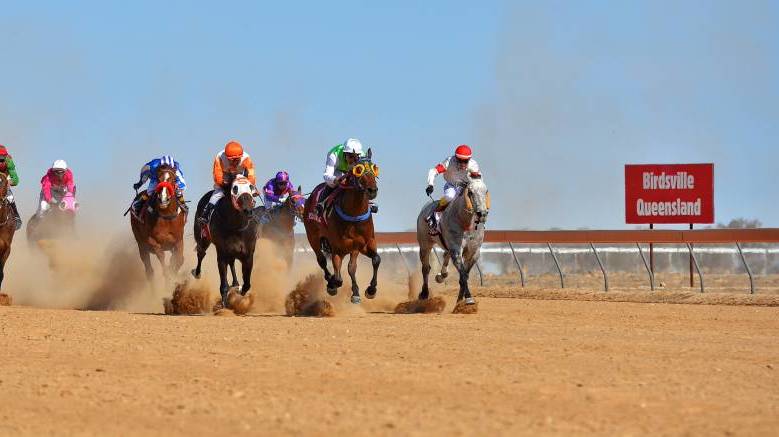 The Birdsville Races, one of outback Queensland's premier tourism events.

Tourists are spending more and staying longer in the outback.

The tyranny of distance and the scorching summer heat are no longer such a headache for outback travellers, with new data showing 2018 was a bumper year for tourism in the bush.

Statistics from Tourism Research Australia showed the amount spent by domestic tourists in outback Queensland increased almost $50 million between 2017 and 2018.

Although total visitor numbers dipped from 962,000 in 2017 to 864,000 last year, visitors were on average willing to spend more during their stay.

Peter Homan from the Outback Queensland Tourism Association said there was a rosy outlook for domestic tourism in the bush.

"The numbers are good," he said.

"International numbers are a little bit weaker, but we are working on those.

"The beauty is that domestic numbers continue to rise, and to rise strongly. The future forecast looks quite strong."

Tourism operator and cattle grazier Dan Walker runs a thriving tourism business from the Camden Park station outside of Longreach.

Outback tourism has traditionally struggled as temperatures soar over summer, although Mr Walker said tourism operators were starting to turn this around. Brooke and Dan Walker, who run a tourism business outside of Longreach.

"Three years ago we might've had 50 people through the summer period, this year we are looking at 500," he said.

"Everything is air conditioned, and us operators are getting a bit smarter - we don't send them out into the the paddock at 12 o'clock in the middle of the day."

Better access, such as deals provided by Queensland Rail, and the welcoming attitude of small towns had also helped, Mr Walker added.

When ranked according to the total number of nights spent in a region, Outback Queensland outperformed tourist hot spots such as the Snowy Mountains, the Whitsundays and the Blue Mountains.

"Our domestic numbers will continue to improve," Mr Homan said.

"We've got more attractions that continue to improve, councils continue to invest in facilities and infrastructure, and the natural beauty is second to none. "