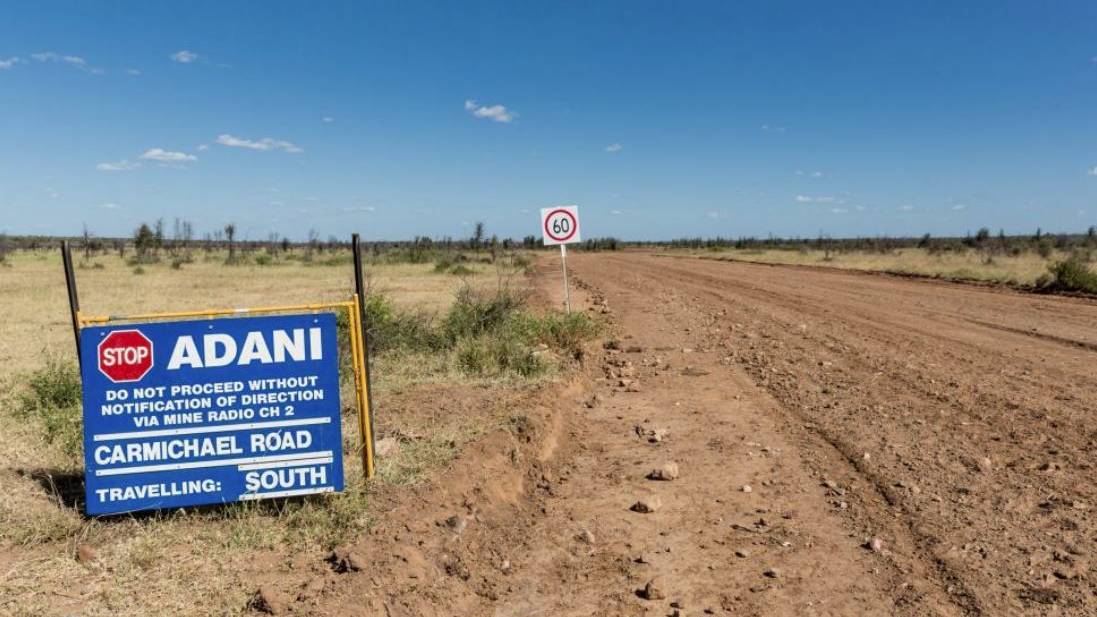 Adani's Carmichael mine was one of the projects included in the assessment.

Scientists looked at the combined impact of seven mines

Federal government scientists recently released the results of modelling looking at the combined impacts of seven coal mines in the region.

They found there was more than a 95 per cent likelihood these mines would change water flows in the Belyando river basin. 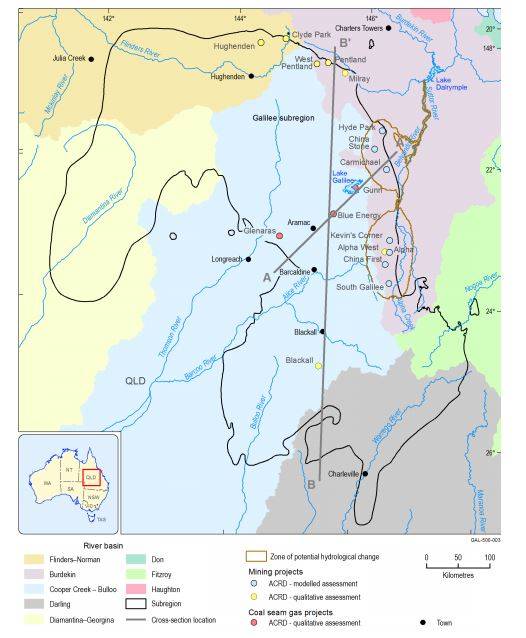 The modelling was included in a bioregional assessment report examining how Galilee basin water resources would be impacted by coal mining.

There was enough detail to study the combined impact of seven coal mines, while 10 mines where not included in the study due to a lack of information.

It was performed by scientists from CSIRO, the Bureau of Meteorology, the federal environment department and Geoscience.

There was a 50 per cent chance that more than 1000 kilometres of streams would have three additional “zero flow” days per year as a result of coal mining, the study found.

The habitat of 12 threatened species and two ecological communities were also potentially at risk due to changes in water flows.

The study also found that water access rights in the small town of Jericho could be affected.

“It is very unlikely that there will be drawdown greater than 2 m in any economic assets that rely on the Clematis Group aquifer.”

The impact of coal mining on water reserves is a concern for many Queensland producers.

Grazier Bruce Currie from the Lock the Gate Alliance said it was “beyond reckless” to continue mining coal in central Queensland.

“This bioregional assessment makes it very clear that the impacts on water resources from the planned coal mines extend much farther than was previously predicted by mining companies in their environmental assessments,” he said.

On Monday it also emerged that concerns have been raised about the groundwater management plan at Adani’s Carmichael mine, as well as the mine’s plan to manage species of the black throated finch.

“DES will not continue to assess the [management plan] until an updated version is submitted.

“The Queensland Government takes environmental protections very seriously, and will consider the advice of the DEE, CSIRO and Geoscience Australia when assessing the plans.”

Sponsored by
Apis Creek continue to reign in Central Queensland Carcase Classic.
Test
MOCS Rural detectives are requesting information from anyone who may have sighted suspicious activity.
Test
Millmerran district property Evans has sold at a Nutrien Harcourts GDL auction for $1.7 million.
Test
Minister for agricultural Mark Furner said the initiative was developed make sure visitors understand the biosecurity risks that face agricultural properties.
Test
As Australian spectators cheer on our sporting stars, they should pause for a moment and consider our farmers who are quietly kicking goals.
Test
Avid vintage machinery collector, Neville Morris has decided it is time to part with all his rare machinery and will hold a clearing sale on Saturday, August 21.
Test
Eight months on from saving a Sydney grandfather's life in the outback, Quilpie road train driver Michael Thompson has received a national honour.
Test
Rolleston has just become the newest venue for bull sales, thanks to Acres Rural Supplies business partners Jeff and Alexandra York and Jason Simmons.
Test