The official opening of a warehouse in Toowoomba last week marked a new era for a man whose family name has been synonymous with water medicating for a number of years. 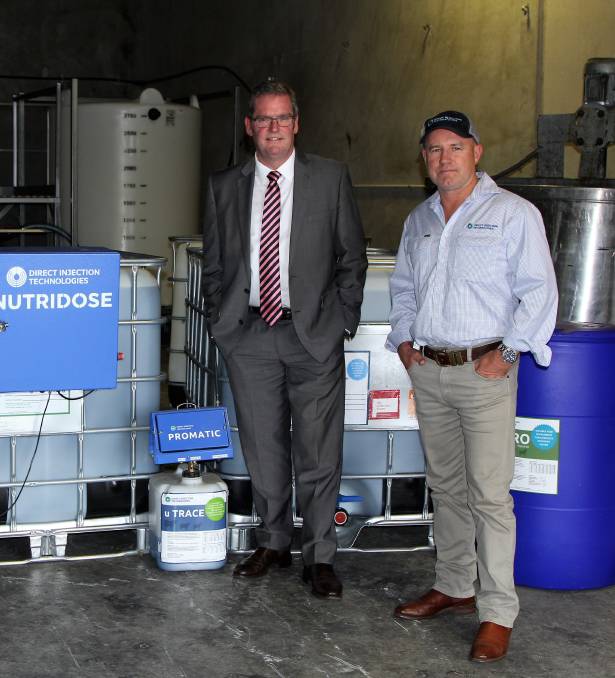 The official opening of a warehouse in Toowoomba last week marked a new era for a man whose family name has been synonymous with water medicating for a number of years.

His purpose-built facility is said to have the capacity to produce over $100,000 worth of revenue-generating activity per day and its opening was hailed by Groom MP, John McVeigh, as an exciting day.

With time as a stock and station agent under his belt, Mr McVeigh distributed lick blocks around the north west, and so he spoke with understanding of how DIT’s technology was providing supplements in a “far more high-tech way, a far more practical way, and cost effective way for livestock industries”.

He praised DIT for undertaking a crowdfunding initiative to raise capital, launching this Friday at Blank Space in Toowoomba.

DIT is the first agtech business in Australia to take advantage of 2017 equity crowdfunding legislation, which Mr Peart said would allow mums and dads from around Australia to be part of the phenomenal growth expected worldwide for food.

“Everyday Australians can invest in our business for as little as $250 and actually help us solve all those problems around drought and food security,” he said. “The literature is out there - agriculture by 2030 will be as big as mining in this country.”

In contrast, the Toowoomba entrepreneur said farmers using his Direct Injection Technology system were getting that cost down to an average of 8 cents.

“They're big numbers when you look across a big herd of sheep or cattle,” he said.

Mr Peart described the water medicating system that proportionally dosed animals according to their bodyweight as a very efficient way to solve problems around drought, because of the huge savings that could be offered to growers.

“That means there's more money in their pockets,” he said.

The “disruptive pricing model” is set to save graziers 80 per cent on their outputs. 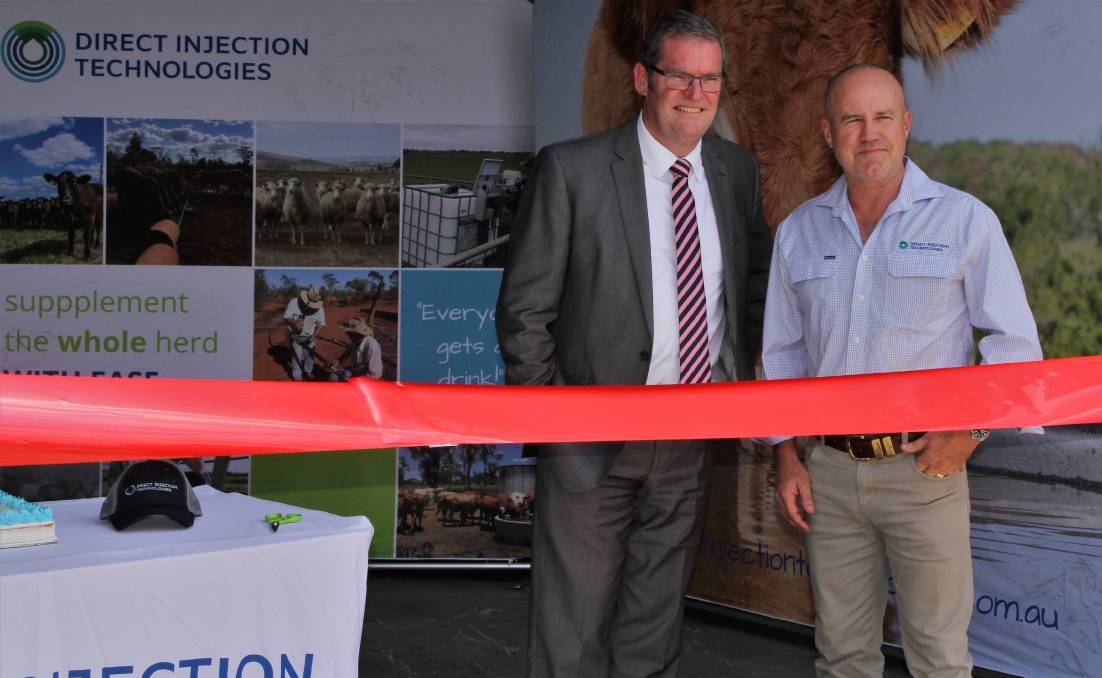 While the supplements are described as traditional, Mr Peart said one still in R&D that he believed could be a game changer in the live exporting and transporting businesses, had a calming effect on cattle.

”It’s a problem I'd love to solve because I think live exporting is still a very viable industry in this country,” he said.

The Toowoomba success story utilises remote monitoring telemetry and remote control, so that it can measure how much water is in a trough from anywhere.

It’s moving towards rental and/or leasing of the technology, complete with an offer of service, and sells the supplements to producers.

Back on the topic of crowd funding, Mr Peart said one of the reasons behind his desire to utilise it was because he was frustrated as an innovator to see people in cities asked to give a dollar for a bale of hay.

“They're one-day fixes, that doesn't solve the big problems,” he said.

Speaking of a range of ideas – differentiating with eartags, marketing, helping growers overcome a fear of technology – Mr Peart said last week’s opening at Highfields was the beginning of more factories in the next 12 months that would open around Australia.

Other DIT facilities are being planned for Townsville, Darwin, Melbourne and Perth.

Related: Agtech the future of farming