Graziers Belinda and Sam Coxon, both former students at Longreach Pastoral College who are passionate about its future.

The government only gave a vague time frame for its release.

Rural communities have been left in the dark as state Agriculture Minister Mark Furner mulls the recommendations of a long-awaited review into agricultural training colleges.

Training colleges in Dalby and Burdekin have already been closed, and there are concerns about the long-term future of remaining colleges as the flow of students dries up.

The Coaldrake report is currently being considered by the state government, although Mr Furner has only provided a vague time frame of when decisions on its recommendations might be made.

Responding to questions from LNP agriculture spokesman Tony Perrett, Mr Furner also declined to specifically rule out closing the Longreach and Emerald colleges as a result of the review.

Grazier Belinda Coxon, from Kateroy Station near Longreach, is a former student of the Longreach Pastoral College.

She stressed the importance of the training and skills it provided to agricultural industries in Queensland and Australia.

"In my 30 years in agriculture I've come to really value the training colleges," she said.

"The skills you get are amazing. It's about establishing the skills to produce a 400 kilogram steer or a 70mm of wool." 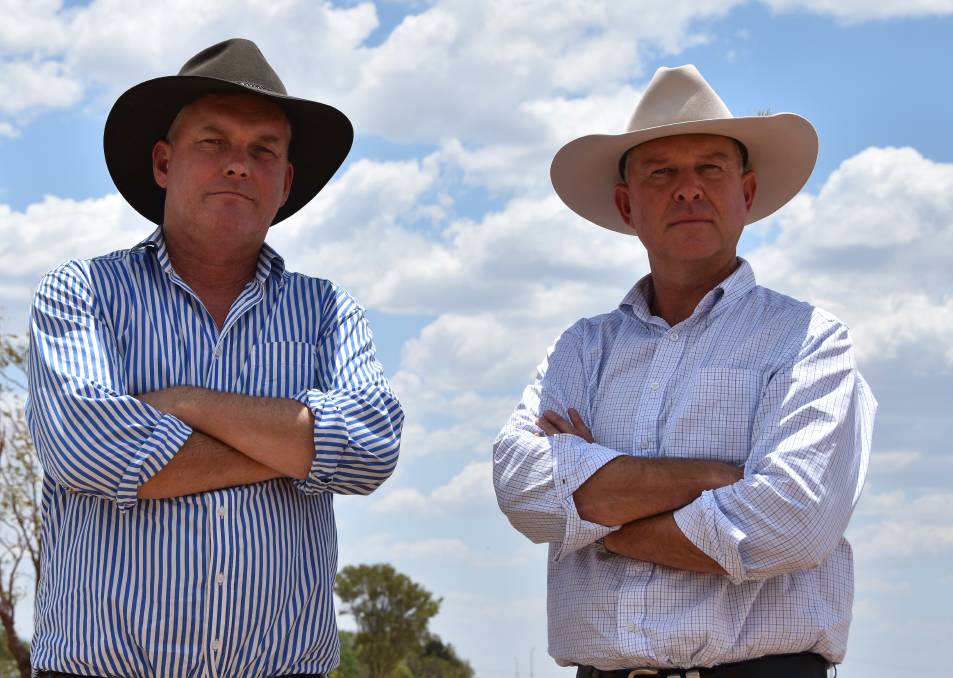 The LNP's Lachlan Millar and Tony Perrett travelled to western Queensland to hear community concerns about the future of QATC.

"It's unique in Australia. I think it would be a shame to see that sold off," he said.

"I don't think there's a view of selling it off, but they may have other ways of wanting to use it.

Mr Tobin said the college could bolster its long-term outlook by having closer partnerships with universities and continuing to build a strong research and development program.

LNP member for Gregory Lachlan Millar and Mr Perrett travelled to Emerald and Longreach on Tuesday to hear community concerns about QATC's future.

"What we are trying to achieve are two things. Firstly, to rule out the closure of these colleges," Mr Perrett said.

"Secondly, we want [Mr Furner] to release the Coaldrake review to provide certainty to these regions and the students."

Mr Millar said the state government had been "sitting on its hands" with the review.

When western Queensland's drought finally breaks, the colleges in Longreach and Emerald would be a vital source of skilled labour for re-emerging industries such as wool, Mr Millar added.

“It’s hard to articulate just how important these agricultural colleges are to the sector as well as to the identity and economy of both Emerald and Longreach,” he said.

Mr Furner has said the findings of the Coaldrake review would be released either at the end of this year, or early next year.