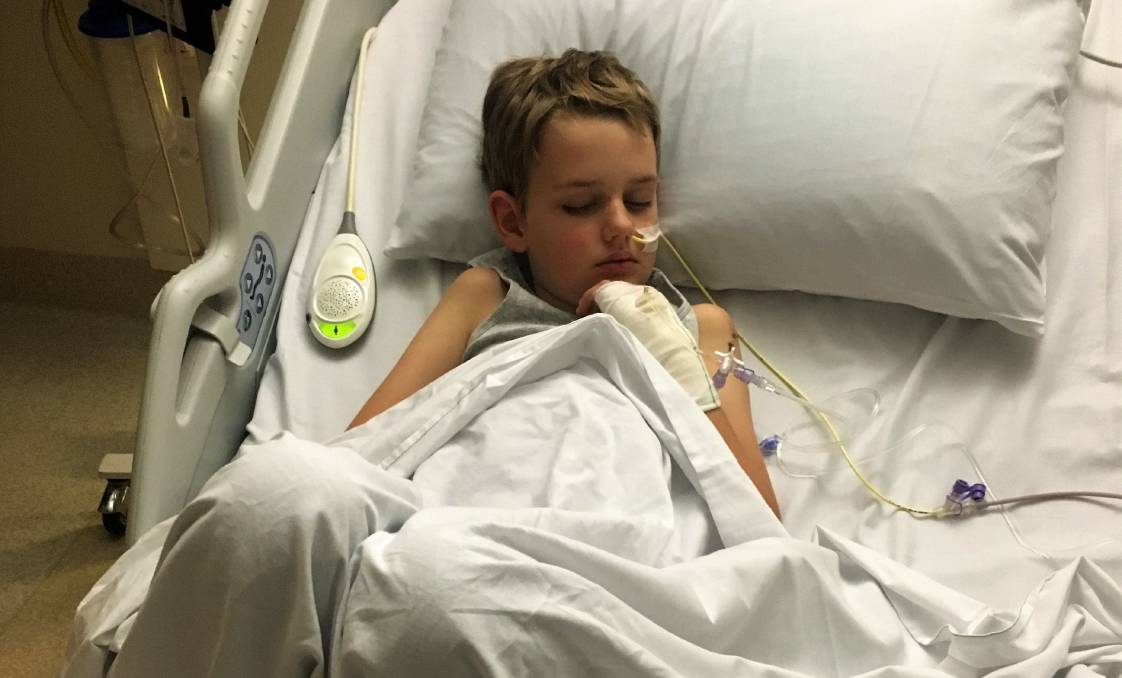 Cutting a very small figure in a big hospital bed, Beau Beissel was fighting for his life in the Lady Cilento Children's Hospital in August.

A particular type of blood test has been credited with saving the life of a nine-year-old Roma boy with Q fever.

A particular type of blood test known as a Polymerase Chain Reaction test has been credited with saving the life of a nine-year-old Roma boy with Q fever.

Craig and Bec Beissel hope the terrifying ordeal they experienced with their son Beau Beissel in early August will result in changes to the procedures medical institutions have in place when diagnosing rural children with flu-like symptoms.

They would also like to see provisions made to incorporate the treating rural GP into conversations around diagnoses.

They are suggestions that Rural Doctors Association of Queensland president-elect, Dr Clare Walker, has sympathy with.

She said while the first suggestion could have resulted in thousands of unnecessary tests in last year’s abnormally high flu season, rural GPs often feel excluded from further input once treatment moves to secondary and tertiary care.

The nightmare for the Beissel family began when Beau’s stomach pains, headaches, and high temperatures increased in severity over a weekend, meaning that his parents sought emergency treatment at the local hospital.

They were sent home with panadol and the diagnosis of a virus he would recover from but as Beau’s health continued to deteriorate alarmingly, he was flown to the Lady Cilento Hospital in Brisbane by the Royal Flying Doctor Service, where a raft of specialists – paediatric, gastroenterological, liver, heart, and infectious diseases – did their best to get on top of what was making him so sick.

“But he kept deteriorating very significantly to the point where, one night, we nearly lost him,” Bec said. “I didn't think we would be bringing him home.” 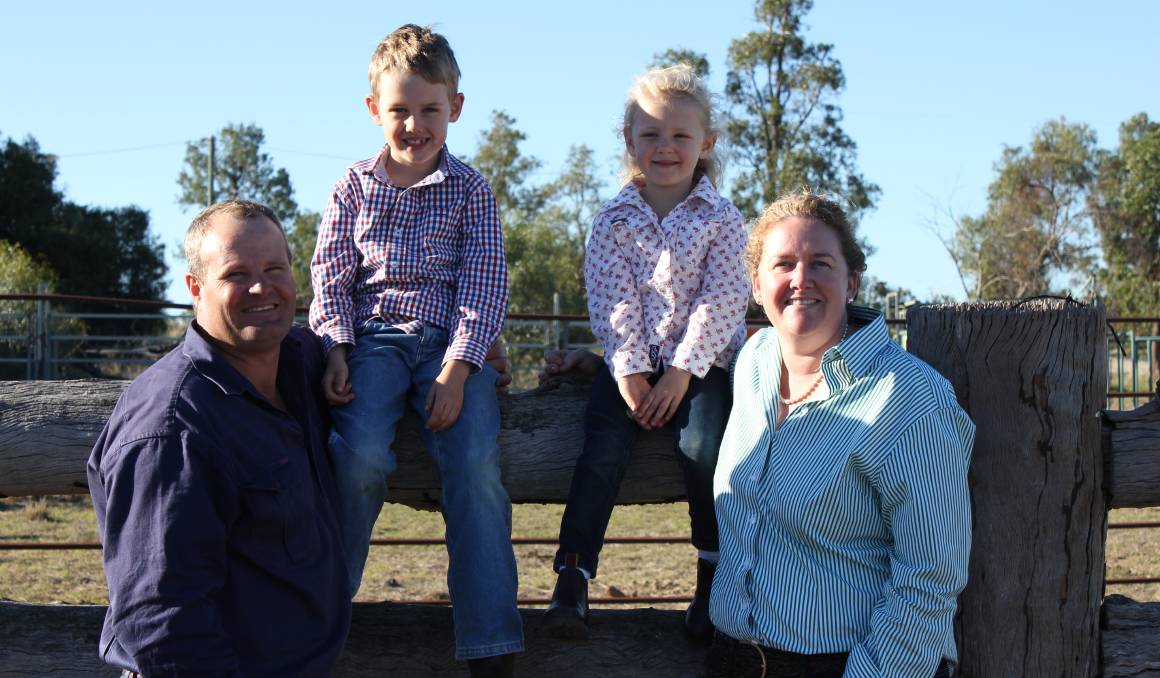 Healthier times: Beau Beissel and his sister Maggie, with their parents Craig and Bec Beissel, taken before he came down with Q fever at Roma. Photos supplied.

According to Bec, while Lady Cilento staff had included Q fever in their initial general blood testing series, it was for a serology test, which returns a negative result if Q fever is in its early stages of infection, in the first eight to 10 days.

She credits the persistence of their Roma GP, Rosie Geraghty, in insisting that a PCR test be done, with saving his life.

“His liver had stopped producing what it needed to, his blood pressure was right up and his oxygen levels were going right down, but within 48 hours of starting doxycycline antibiotics, his symptoms started to improve,” Bec said.

“Our GP was ringing, requesting a PCR test the day we were admitted, on August 15, and I also made the same request to several doctors that day.

“While I was assured the appropriate tests were being done, I now know that only a serology not a PCR had been completed.”

Unlike antibody tests that look for signs that the body has at some time mounted an immune response to Q fever, the PCR test looks for current presence of the virus, and it returns an accurate positive or negative result within 24 hours.

The eventual positive result from the serology test arrived some weeks after the Beissels had returned home with Beau and were back under the care of their GP.

“That’s why you should demand a PCR test if you’re off your food, got stomach pain, joint pain and so on,” Bec said. “Most times it will be a virus but the test just cancels that out.”

“If it was anything other than Q fever we would have been right – they did 108 blood tests on him,” she said, adding that everyone had been working to the best of their ability to save Beau.

Rural GPs part of the conversation

Bec singled out a system that excluded the GP that knew the patient and rural disease possibilities so well, for review.

“It’s one thing that’s being discussed now,” she said. “Our GP was very knowledgeable but it didn’t seem to transfer to the public system.”

In addition, Bec said that because of what had happened to Beau, PCR should be a standard test for rural children presenting with symptoms that could include Q fever.

“I feel like nothing can change what we went through but if his case can help other kids, that’s really good.”

Dr Clare Walker, who has been based at Longreach for the past 10 years, said the difficulty with Q fever and its treatment in children was that it wasn’t well studied, and that it looked similar to a lot of childhood febrile illnesses.

Read more: Human cases of Q fever on the increase

“We don’t think it’s very common in children but we don’t know for sure – we don’t know if it’s masked by other illnesses or if it’s just a rare thing,” she said. “We do know people get Q fever with no serious consequences – it’s just like a flu that they recover from without seeing a doctor.”

Beau’s case brought to light the need for Q fever, a zoonotic disease, or one that was caught from animals, to be high on the list of diseases covered when patients came from a rural area.

As far as using the PCR test, Dr Walker said it could be used to broaden the sweep of investigations if influenza was ruled out.

“It could also depend on background risk, such as a child with a high exposure to animals, but then people can get it with no direct exposure, just from living beside a highway that trucks are using.”

She said that in a lot of rural towns, GPs did both private practice and public hospital work, which meant they were familiar with systems in both, making their input critical when patients were transferred to other institutions.

“There’s a constant battle between primary carers and secondary and tertiary care,” she said.

At this stage, Beau has been diagnosed with acute Q fever, complete with ongoing joint pain and lethargy.

“We hope his body is returning to normal after fighting the disease and that he won’t have the ongoing issues that come with chronic cases,” Bec said.