Before taking over the truck, Dr Khan hadn't been further west than Dubbo.

Sydney dentist Dr Jalal Khan picked his latest stop when he looked at a map and saw bitumen roads all the way to Windorah.

Dr Khan, 31, splits his time between a busy clinic in bustling North Sydney and some of the most remote locations in the bush.

He started making trips around outback Queensland about a year and a half ago, after buying a horse transporter that had been converted into a mobile dental clinic by Dr Harry Craven.

Dr Khan now visits Quilpie and Cunnamulla about once every six weeks, and has been thinking lately about where to take the truck to next.

"I got on to Google maps and thought where else can I take this," he said.

"There was bitumen road up to Windorah from Quilpie, so I called up the mayor there, and he was able to push it through council."

Dr Khan said he started to think about branching out after about three years of running his clinic in Sydney.

That was when he came across the mobile dental clinic kitted out by the late Gold Coast dentist Dr Harry Craven.

"I thought I've got to have a look at this, it's too good to be true," Dr Khan said.

"We had out first trip out to Bourke and Cunnamulla in May 2017 and following on from that we started to visit Cunnamulla fairly regularly because the locals got behind us.

"Then the Quilpie Shire Council approached me to see if I'd be willing to work out there, which was wonderful. They were the first and only council to approach me." 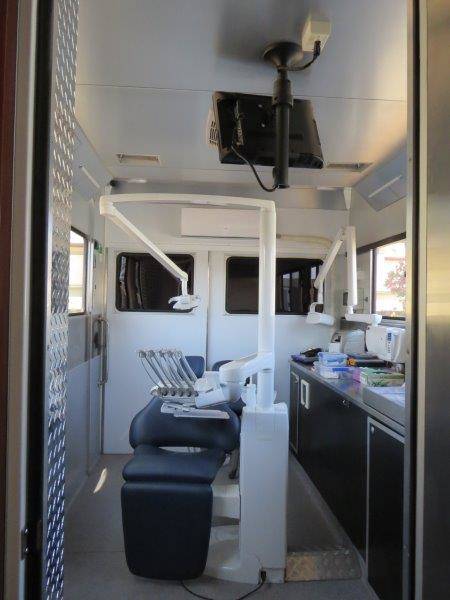 The truck was fully kitted out by another dentist with a passion for work in remote towns, Dr Harry Craven.

The simple idea to do some dentistry in remote Australia had from there grown into something much bigger, Dr Khan said.

"What initially appeared to me as a bit of a passion project to do a bit of local dentistry has turned into a much bigger public health initiative. It's given me a lot more purpose and fulfilment day to day.

"And for the people in those towns, there's a huge benefit. They don't have to pay for fuel ,which is bloody expensive, to get to Charleville or Longreach. They don't need to take time off work."

Before heading into the bush, Dr Khan said the furthest west he had travelled from Sydney had been Dubbo.

"Spending my whole life in Sydney, you can get shielded from what it's like to live in the bush.

"You meet amazing people and you learn so much about the Outback and the history of the Outback.

"Each time I come out I learn something new."

It hadn't always been easy getting the financial side of the truck to stack up, Dr Khan said.

"It has put financial pressure on my wife and I, so hopefully we can generate more support to keep it going." 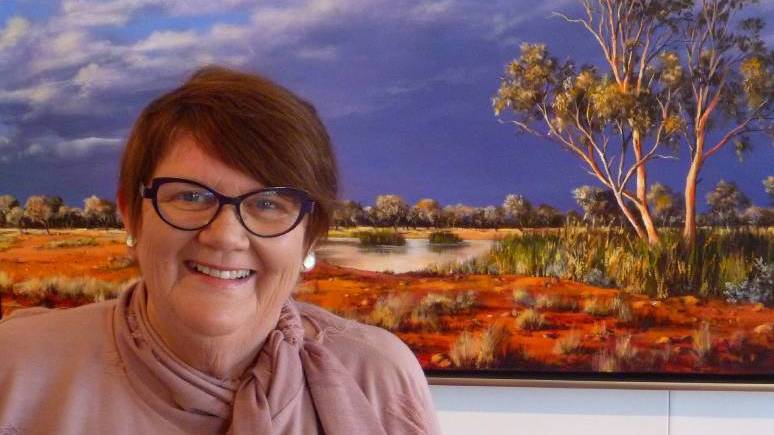 Quilpie artist Lyn Barnes said it was crucial that there was support for Dr Khan's service.

Dr Khan said he planned to visit Windorah during his next tour through the outback in about four or five weeks.

"If the locals give us some backing we will look to go back more regularly," he said.

When Dr Khan visits Quilpie he stays with renowned outback artist Lyn Barnes, who he described as his "Aussie mother in the Outback".

Mrs Barnes said Dr Khan's truck had given a huge boost to places such as Quilpie, Thargomindah and Cunnamulla, and it was important people got behind the service.

"If you have to go to Toowoomba or Brisbane to see the dentist, you take your business out of town.

"We just absolutely love having him. To think a young dentist from Sydney can see the opportunities in these regions is remarkable."