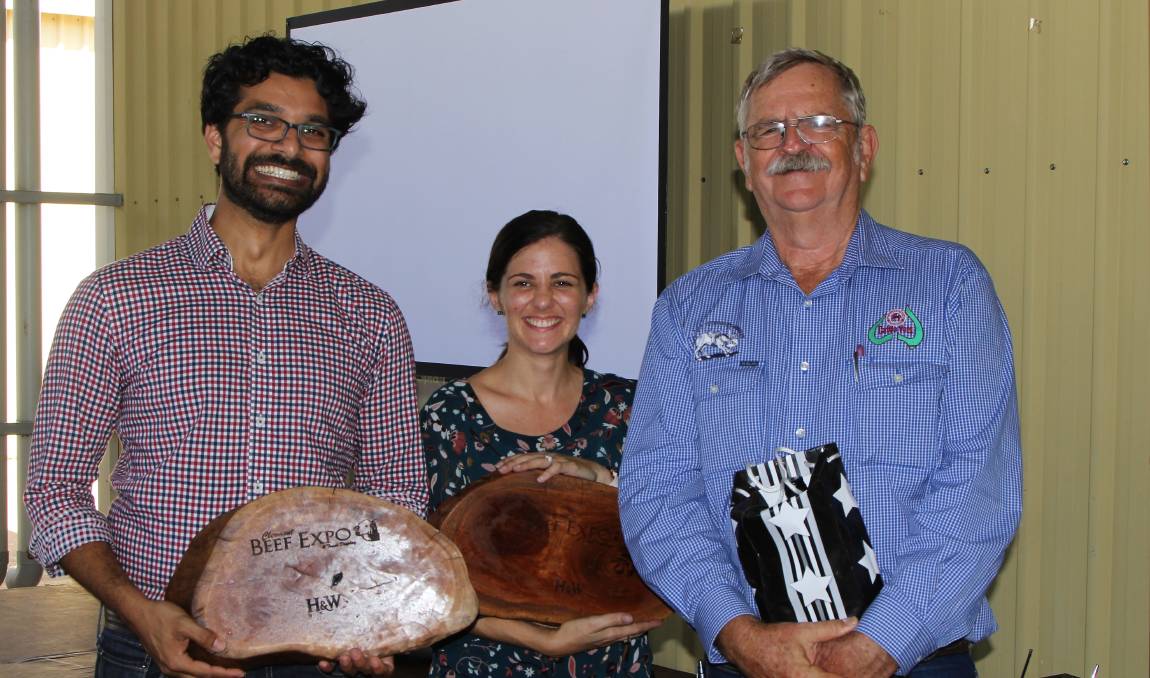 Farm workers, pig hunters and horse owners were the targets of the latest forum organised as part of the annual Clermont Beef Expo.

Farm workers, pig hunters and horse owners were the targets of the latest forum organised as part of the annual Clermont Beef Expo.

Weeks in bed and many dollars lost to preventable diseases was the confronting scenario presented when veterinary and medical guest speakers took to the podium for the seminar titled Cowboys and Itchy Bums.

Introduced by John Burnett with the thought-provoking question – could the pet pooch give you parvovirus – well-known local vet, Dr Alan Guilfoyle, public health vet, Dr Guy Weerasinghe, and local doctor, Sarah McLay, outlined just how much it could cost rural families and businesses that opted out of vaccinating themselves and their animals.

Even something as simple as mowing lawns covered in dry kangaroo dung was shown to have disastrous consequences for unsuspecting men and women, many of them cajoling their young unvaccinated children into walking behind the mower on a Sunday afternoon.

It used to be just meatworkers and people slogging through muddy cattleyards that were thought to be susceptible to zoonotic diseases such as Q Fever and brucella strains but the presenters showed how the close working relationship rural people have with all sorts of animals, combined with apathy, puts them in proximity to danger.

“We need to change how we look at things,” Dr Weerasinghe said.

“Cockies and pig hunters say, we’ve done this all our lives and we’ve never gotten sick.

“You always think you’re bulletproof until you’ve been shot.”

Related: Human cases of Q Fever on the rise

As the highest risk group for Q Fever is males aged between 15 and 64, earning capacity for families is often affected significantly, as are other members of the family who have to shoulder the workload when the male breadwinner falls ill.

And although a person may shake off the immediate symptoms after 12 months, Dr McLay said the most significant complication she had dealt with years later was chronic heart disease.

“The thing is, it’s preventable but not enough are getting vaccinated,” she said. 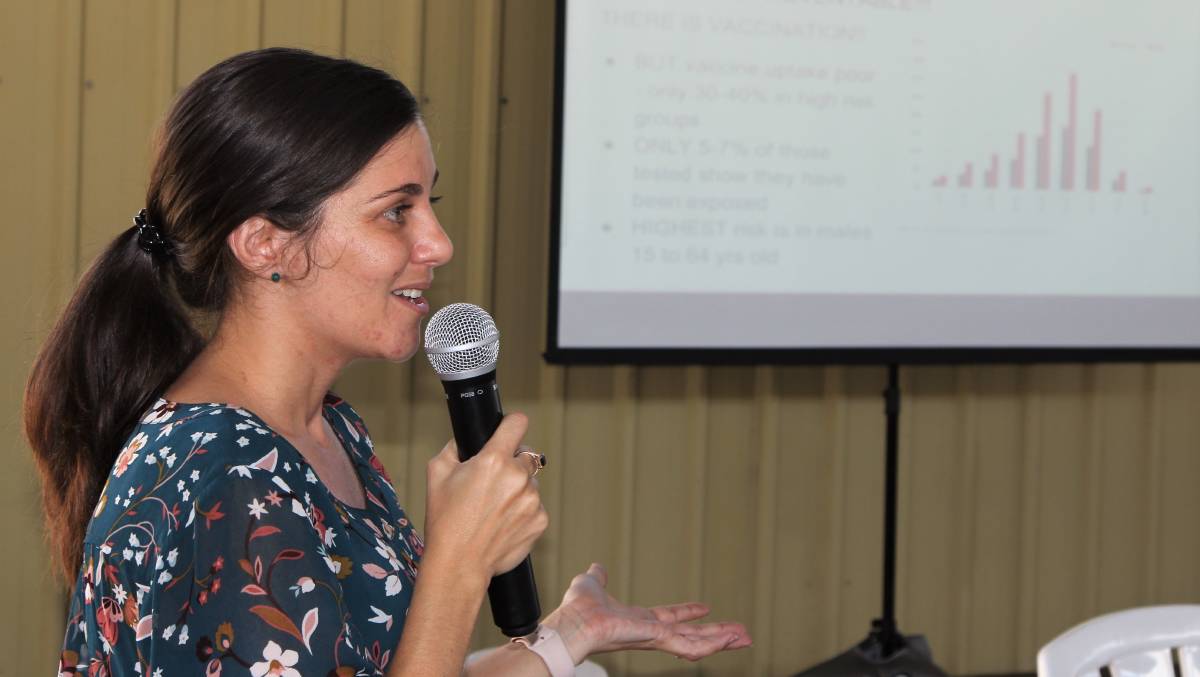 “Just think of the cost in time lost to replace you,” Dr Weerasinghe said. “It’s a no brainer really.”

The main risk pathway for Q Fever is through inhalation rather than cuts on the skin.

He urged people to wear gloves and wash their hands after pulling calves, and it was a similar message for pig shooters, especially with an active case of pig brucella in the Clermont district at present.

He also told listeners in contact with wild pigs not to eat or smoke while they were cutting animals up, and said not to feed animals raw pig meat.

In answer to the question of what to do with carcases left by hunters and the chances of disease spreading, Dr Weerasinghe said it was important to bury or burn them, for the sake of one’s own animals.

Conversation around the other diseases touched on – lyssavirus and Hendra virus – was animated, with a tree at the local lagoon fenced off at certain times of the year, when bats are roosting.

There has been one positive identification of bat lyssavirus among them.

John Burnett described it as a hotspot exposing the community and said a portable panel wasn’t a solution, but Dr Weerasinghe said that if they were dispersed, other bats would likely come in and take up the spot.

“Stress can make them shed the virus, if they have it,” he said. “Don’t go in with a blunt hammer.”

Emphasising the heartache caused by Hendra virus was Dr Guilfoyle’s daughter, who had been exposed to a positive case.

“She was six to eight weeks waiting for results and wondering if every headache is Hendra,” he said. “Just get your horses vaccinated.”

The take-home message was emphasised by Mr Burnett at the forum’s conclusion.

“These people are here to help us.

“We can walk away and do nothing or we can get tested and vaccinated.

“Action is the only way we can fix things.”

Related: Trio of wins for Hillview at Clermont