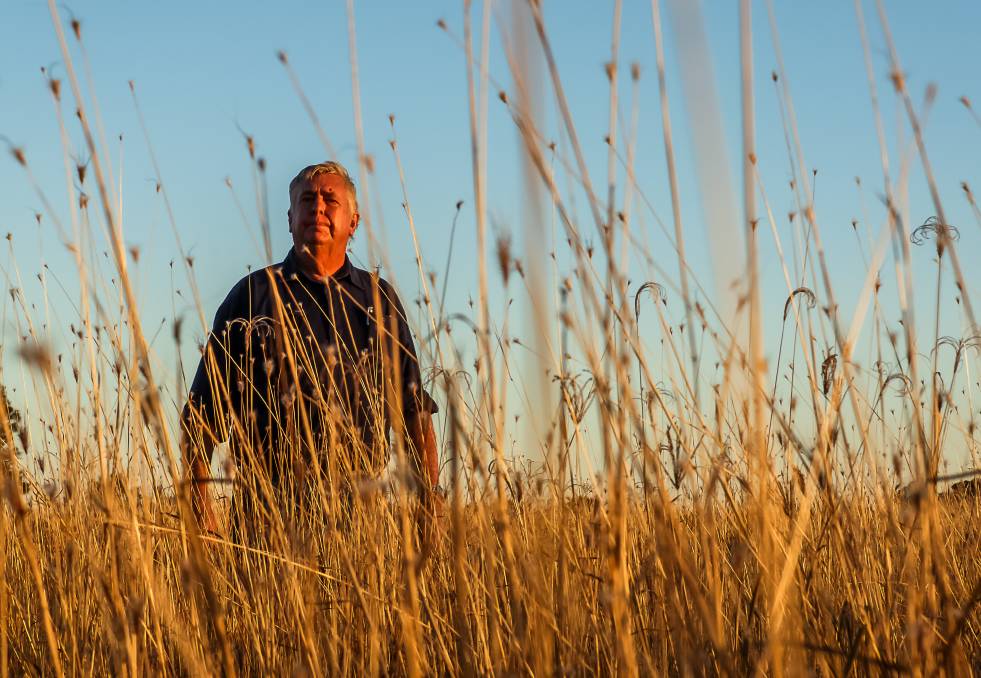 Chinchilla landholders are continuing the fight against a waste salt landfill site approved beside river systems and priority agricultural land.

In light of a new study, Chinchilla landholders are calling for Federal Agriculture and Water Resources minister, David Littleproud, to intervene and stop a waste salt landfill site approved beside river systems and priority agricultural land, in what they see as their last-ditch effort.

The commercial salt storage facility situated on Baking Board Hill was approved by the Western Downs Regional Council in 2016 after an appeal in the Planning and Environment Court.

A report prepared for the NSW Environmental Defender’s Office by Stuart Khan, an environmental engineering professor at the University of New South Wales, concluded there was considerable risk of water contamination.

“The proposal is to store the salt in a landfill with water-resistant lining, drainage and monitoring. However, in my opinion, there are still a number of important risks that should be properly quantified,” Professor Khan wrote in the report.

“These risks relate to potential salt-contamination of the adjoining creek (Stockyard Creek) and the river system into which it flows (the Condamine River), as well as local groundwater.

“The risks are exacerbated by the very close proximity of the proposed salt stock-pile and storage area to the creek (less than 100m).”

Professor Khan identified the failure of the landfill liner and seepage of saline water (leachate) to groundwater and the creek as one of several potential hazardous events.

“There are measures proposed to be in place to manage this risk, but these measures will not completely eliminate the risk,” he concluded.

“Importantly, the lifespan of this salt storage will need to be properly considered.

“Salt does not biodegrade in the environment and has an infinite environmental residence time. Consequently, salt storages will need to be maintained on a permanent basis (decades or longer) or until the salt is re-mined and removed from the facility.”

Failure to do so will guarantee that the salt will eventually contaminate the local environment including groundwater and surface water, and unless satisfactory measures are in place to manage this risk over many decades, or longer, the risk is not managed.

The close proximity of the salt storages to Stockyard Creek also means flooding events will pose a significant hazard.

Professor Khan said flooding could impact an open landfill monocell, one that is still in the process of being filled, as well as the existing stock-piles of salt being prepared for landfill.

“These stock-piles will be relatively uncontained and therefore, much more prone to causing environmental contamination during a flooding or large wet weather events,” he reported.

Local landholders of the Cameby Concerned Citizens Group continue their fight to have the approved facility overturned due to its locality within 500m of Stockyard Creek which flows into Rocky Creek and then on to the Condamine River.

Cameby Concerned Citizens Group member Glen Beasley said the group believed the issue had national implications and the indifference of the community to the issue was really disturbing.

“It has both environmental and human health considerations that we believe have not been addressed,” he said.

“Salt disposal in the CSG industry has been the elephant in the room; it was never addressed properly at any level of government what was to be done with the salt, but there was a vague hope that there would be some sort of commercial sale-ability of it, but the reality is it's too toxic for anything like that.”

Despite the group’s best efforts, Mr Beasley said they had struggled to have their concerns heard by any level of government.

“We have put a lot of time and effort into sourcing information that was scientifically-based and credible,” he said.

“We have information that’s come from a source that is reasonably independent, and their credentials, in our opinion, are impeccable.

“They don't have either a political or a financial interest in this; their prime consideration is that of human health and so we believe that it's certainly a report that needs to be looked at and needs to be taken on board.

“We believe that they offer credible, scientifically-based information in relation to two aspects of the dump; one, is the the risk to the environment through contamination, and the second aspect is the risk to human health that is posed by the handling of the toxic salt.”

Mr Beasley said it was hard to believe that these reports could be put in front of all levels of government with no response.

“What we're dealing with here is an environmental time bomb and my generation may be well gone before this thing becomes a problem, but once we understand there is a problem, it's virtually too late to fix it.”

We Kando Pty Ltd was contacted for comment but declined to respond.