Leucaena has proven a big success for the Antonio family on their Millmerran property Borambil.

MILLMERRAN farmer turned cattleman Craig Antonio says he has never looked back since he began planting leucaena some 15 years ago.

Mr Antonio, who runs about 400 predominantly Angus breeders as well as bought in cattle across some 3000 hectares on four properties, said the tree legume had helped transform the marginal farming operation into a successful beef business.

“We operate on some pretty marginal sandy, loam country here, so trying to grow grain has always been a challenge,” Mr Antonio said.

“Leucaena provides a long lasting, high protein feed and as a nitrogen fixing legume it is constantly helping to improve the soils.

The value of this country is probably 10 times what it was pre-leucaena. - Craig Antonio, Borambil, Millmerran.

“In a good year we’re looking at producing 250kg of beef a hectare. At $3/kg that’s better than any return from grain we could achieve.

“The value of this country is probably 10 times what it was pre-leucaena.”

Although generally associated with the warmer Central Queensland environment leucaena has proven a success in Southern Queensland.

“It a question of what feed gap you are trying to fill,” Mr Antonio said.

“The ideal situation will be to find a winter active grass or legume to fill in the three to four months when there is no production.”

Mr Antonio said the impact of frosts meant he had never had to trim the plants, saving an expensive incurred in more favourable climates. 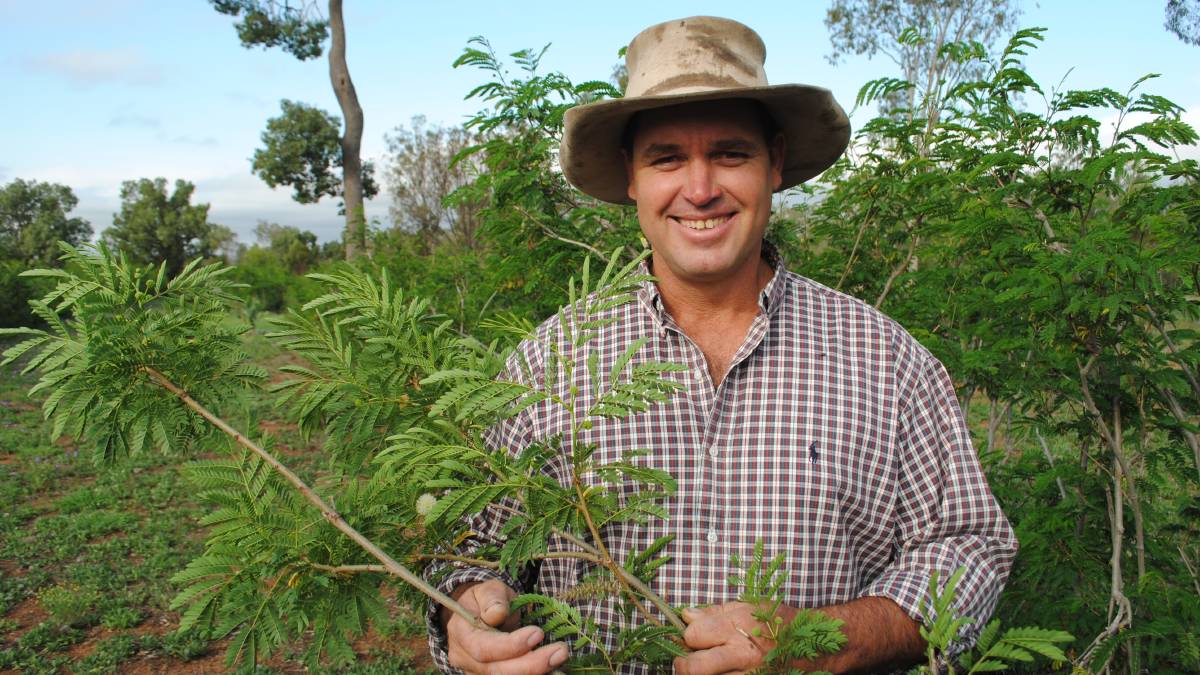 Mr Antonio said he may shift from 8m to 10m twin-row spacing enabling him to plant a winter fodder crops, such as oats, using an 8m planter.

The laecaena is currently grown on about 400ha of the home property Borambil, which covers 850ha. A further 120ha is to go in. Mr Antonio said he aimed to plant a further 1500ha of the tree crop on the other three properties.

“A severe snap frost will kill anything above ground level,” Mr Antonio said.

“But frost is a strange thing. It does not always have a uniform impact. And leucaena is an amazing plant with a 6-8m tap root. It starts growing when temperatures start to warm up, even if there is no rain.

“We only received rain here three weeks ago but the leucaena was already responding a week before that.”

The former chair of the Leucaena Network said there there was plenty to learn about growing the plant.

The visit to Borambil was organised as part of the International Leucaena Conference, which continues at the University of Queensland St Lucia until Saturday.