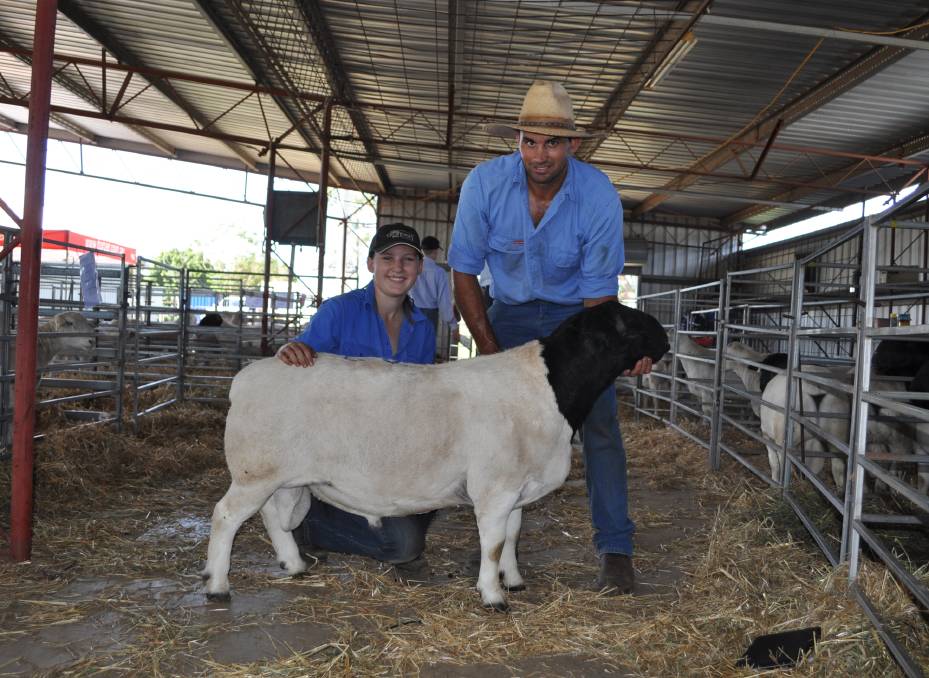 The 10th annual Queensland multi-vendor Dorper and White Dorper ram and ewe sale sold to a top of $2000 and average of $1012 for the ram draft and three ewes sold to average $566 at the St George Showgrounds on Monday.

The top priced ram on the day was sold by Francois Smit, Smit Dorpers, Boondarra, Roma, for $2000 to David and Eliza Mack, Wyoming Dorpers, Moonie, after just falling shy of his reserve during the auction, but was quickly snapped up within moments of the hammer falling.

Mr Mack said he was looking for bone structure and good muscle to run with his stud flock and this great sire offered that in spades.

At auction the second top price of $1800 was reached first by Amarula 176845, a Dorper ram offered by Justin and Lorroi Kirkby, Gravesend, NSW, and was purchased by Stephen Pott, Glenleigh Talwood.

Boondarra 170326 also sold for $1800 and was offered by L and E Smit, Boondarra, Roma and was purchased by Harry Siddins, Lower Plains Livestock between St George and Dirranbandi.

Mr Siddins said he initially wasn’t in the market for more rams being a dry season and with the change in the weather over the past week, said they then needed a few more rams and wanted to support the local regional sale at St George. 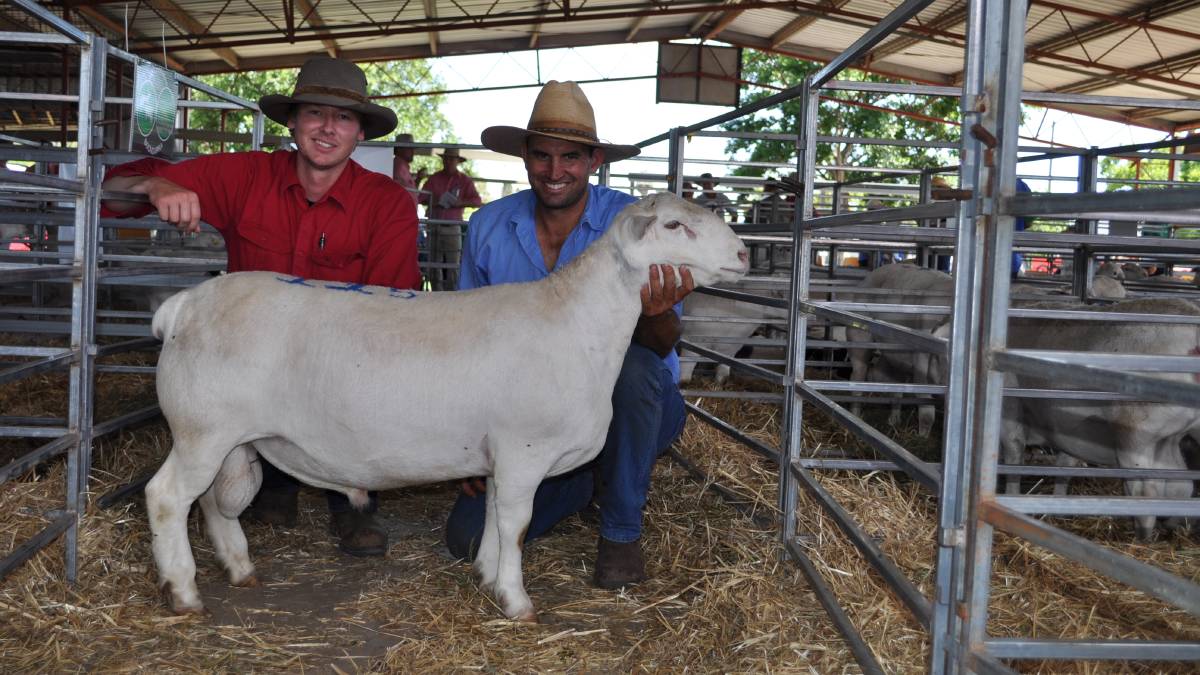 Mr Siddins said he had been interested in the Smit’s White Dorpers for some time and this year they had the opportunity to purchase two rams from the Boondarra stud due to the change in the weather.

They join between 2500 and 3500 ewes twice a year and were looking for a clean shedding, long bodied ram that had good structure in the feet, which was important in their soft white country as they had to trim the rams feet twice a year.

Repeat and volume buyer Lex Jukes and Sons, Tregoning, Morven, paid a top of $1600 for Boonoon 170044 a Dorper ram offered by the Southern Brothers, Sam and Mitchell from Lyolia, Thallon.

The Jukes family were also one of the volume buyers on the day, taking home a total of 14 rams to average $1100 to run with their 5000 Dorper ewes on lighter mulga country. 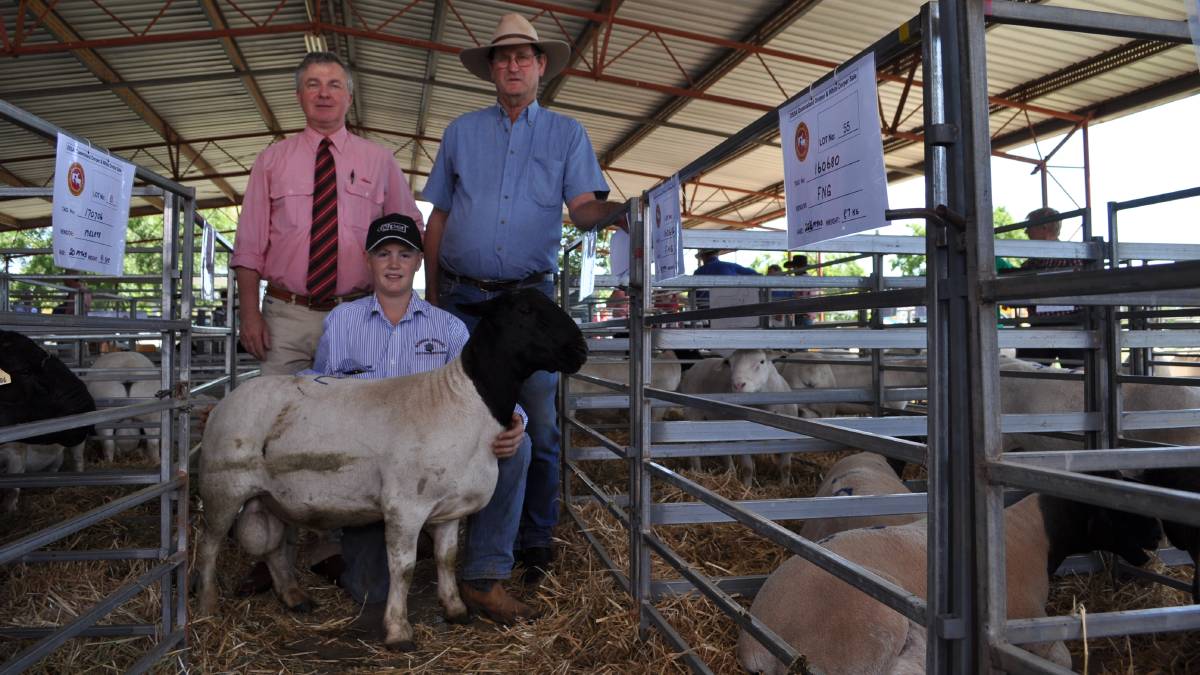 They purchase between 20 to 30 rams a year and they picked up 18 at the national sale in Dubbo earlier this year.

Abarue Pty Ltd, Nee Nee, Dirranbandi, purchased a total of six White Dorpers to average $1166. Five of the six rams were from the CW and MJ Harmse, Castlebar White stud, at Boggabri, NSW.

Another bulk buyer was Cameron Hudson, Maranoa Downs, Mitchell, who also purchased a mix of six rams to average $917.

The sale was conducted by Elders with Andrew Meara as the auctioneer.