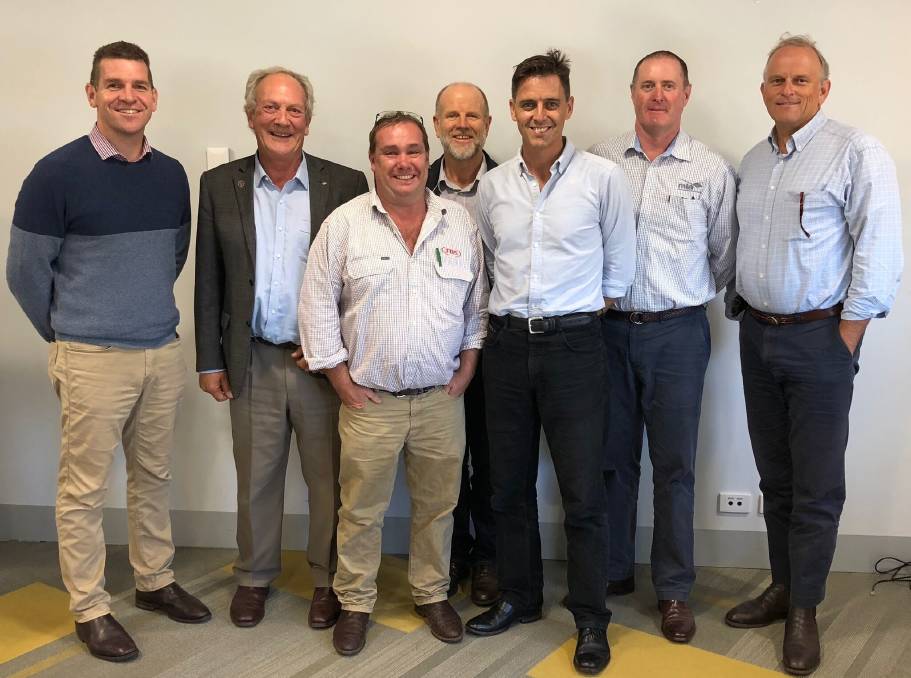 The red meat industry’s National Supply Chain Group is this week meeting in the Beef Capital of Rockhampton, Queensland.

The Sheep CRC will leave a legacy of meat processing innovation that will benefit not just lamb producers for years to come, but the beef industry as well.

The red meat industry’s National Supply Chain Group is this week meeting in the Beef Capital of Rockhampton, Qld, as the guest of Teys Australia, after transitioning from its status as the Lamb Supply Chain Group, which was formed in 2007 by the Cooperative Research Centre for Sheep Industry Innovation (Sheep CRC), in partnership with Meat and Livestock Australia (MLA) and Australian Meat Processors Corporation (AMPC).

So successful was the model that it was adapted to drive innovation across both beef and lamb, and continue the process of ongoing industry transformation following the Sheep CRC’s closure in June 2019.

“The Lamb Supply Chain Group (LSCG) was established to remove blockages in the information flow between producers, processors, retailers, researchers, governments and consumers, and it succeeded in achieving this by building strong partnerships along the value chain and embedding R&D with end users,” Sheep CRC Meat Program Leader Prof. Dave Pethick said.

“The initial breakthrough which really drove the long-term success was the expansion of the MLA-initiated ‘innovation managers’ – individuals embedded within companies to manage R&D adoption and act as conduit for collaboration. The Sheep CRC co-funded such positions with lamb processors including JBS, Thomas Foods, the Australian Lamb Company, Gundagai Meats, and the Australian Meat Processing Corporation (AMPC) as well as established close working relationships with WAMMCO, Fletchers, Frews, VV Walsh and Australia’s major retailers.

“As a result, by June 2019, it is expected that the LSCG will have facilitated lean meat yield measurement and MSA-Mark 2 grading of 4 million lambs per annum – this is a magnificent achievement in adding value to the industry.”

National Supply Chain Group Coordinator Bruce Hancock, from the Department of Primary Industries and Regions SA (PIRSA), said this week’s meeting would be attended by 20 group members – made up of managers, scientists, coordinators and extension officers from varying institutions across Australia – approximately 10 supply chain guests, and representatives of the Commonwealth-funded Advanced Livestock Measurement Technologies (ALMTech) Group.

As part of the CRC legacy strategy, the Supply Chain Group transitioned to 50:50 Sheep CRC-ALMTech funding in 2017-18, then to 25:75 this year, and will be fully funded by ALMTech after the Sheep CRC concludes in 2019. This funding is supplemented by contributions from the collaborating partners.