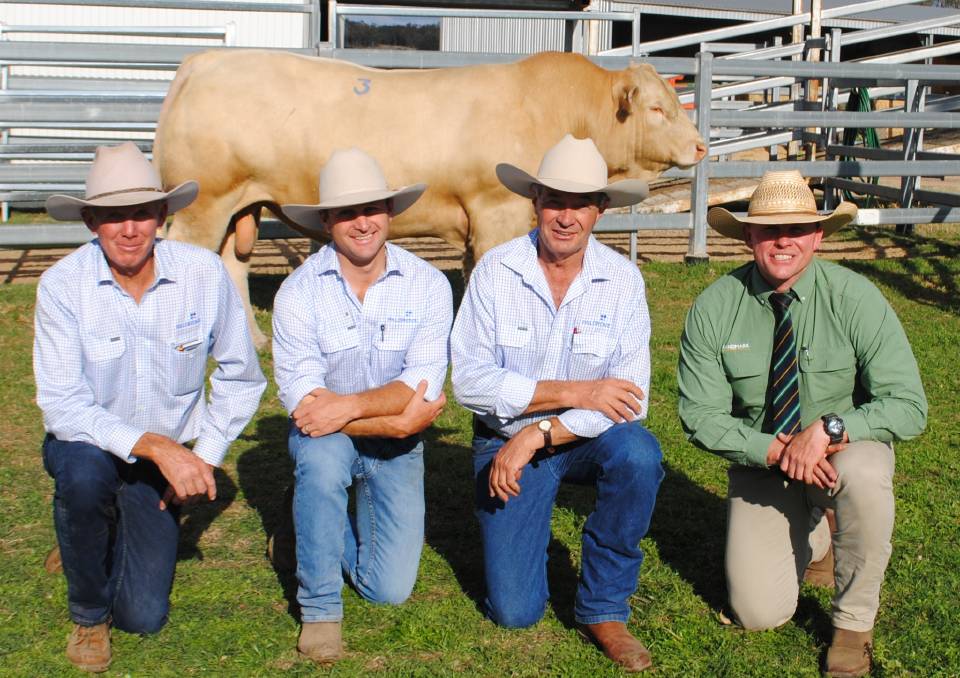 Charolais averaged $10,325 while Ultrablacks came in at $7451 at the annual Palgrove bull sale at Dalveen today.

Sale topper was the red factor homozygous poll Palgrove Muchmore, which sold to Stephen and Alison Kajewski, Bettafield Charolais, Emerald. The 1065kg son of Palgrove How Awesome entered the sale ring with a 153sq cm eye muscle area and a 42cm scrotal circumference.

The Hopgood family, Hopgood Charolais, Moonie, paid the second top price – $28,000 for the Jericho son Palgrove Monument. The polled bull had a very impressive 5.7 per cent of intramuscular fat. The ET poll Palgrove Mainstay went to Hewitt Cattle Company, Emerald, for $16,000. The Triple B Global son offered plenty of frame and a 138sq cm EMA.

In summary, the 158 Charolais and Ultrablack bulls averaged $9215.

A total of 34 buyers registered to bid on AuctionsPlus adding to the strong competition today’s well attended sale.