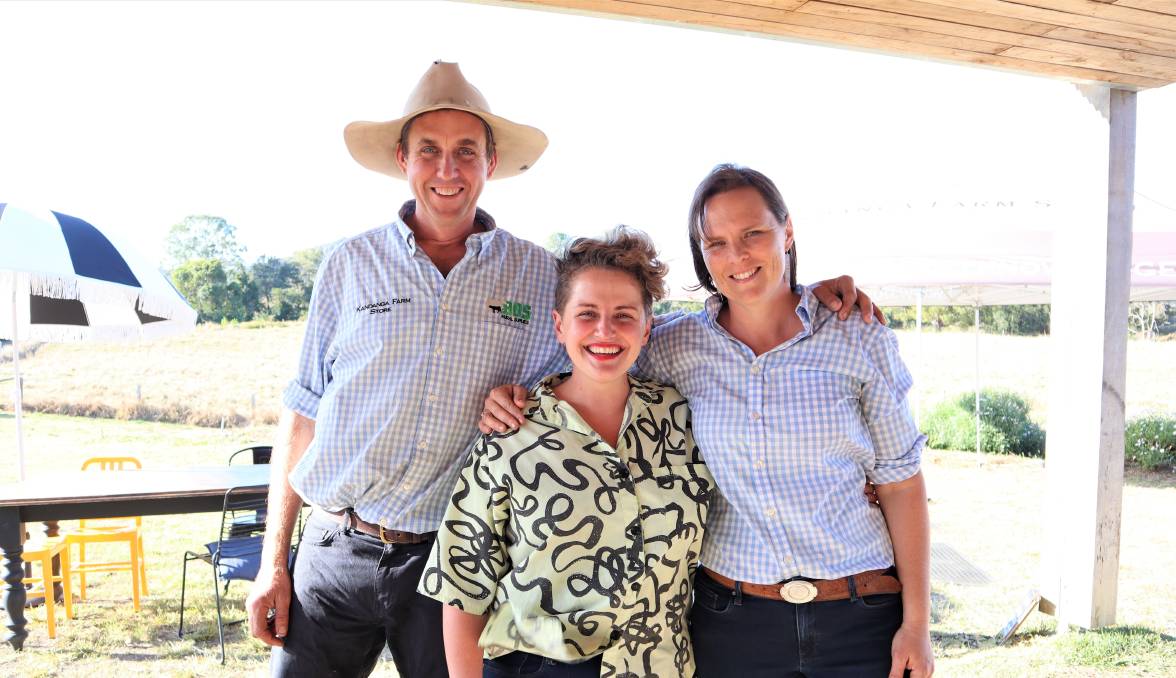 THE township of Kandanga was abuzz on Monday as the Kandanga Farm Store played host to their 4th Annual Potluck Luncheon.

THE township of Kandanga was abuzz on Monday as the Kandanga Farm Store played host to their 4th Annual Potluck Luncheon.

Kandanga Kitchen’s Bec Edmonds, with husband Trent Kirkwood, along with Tim and Amber Scott of Bos Rural Supplies and Kandanga Farm Store, warmly welcomed more than 80 people to indulge in a feast for the ages, utilising locally grown and harvested crops from 36 producers.

With a view to creating a space in the Mary Valley for organic producers and foodies alike, the two young families have made a collaborative effort in building a hub for chemical-free farming.

From fresh vegetables and ethically raised pork, chicken and beef to handmade fermented salsa and preserves, the lunch incorporated delectable treats to suit all tastes.

“This year, we wanted the luncheon to really focus on our customers from BOS Rural,” Amber said.

“We asked them about the things that they needed to help their business thrive and that’s where our other guests come in.” 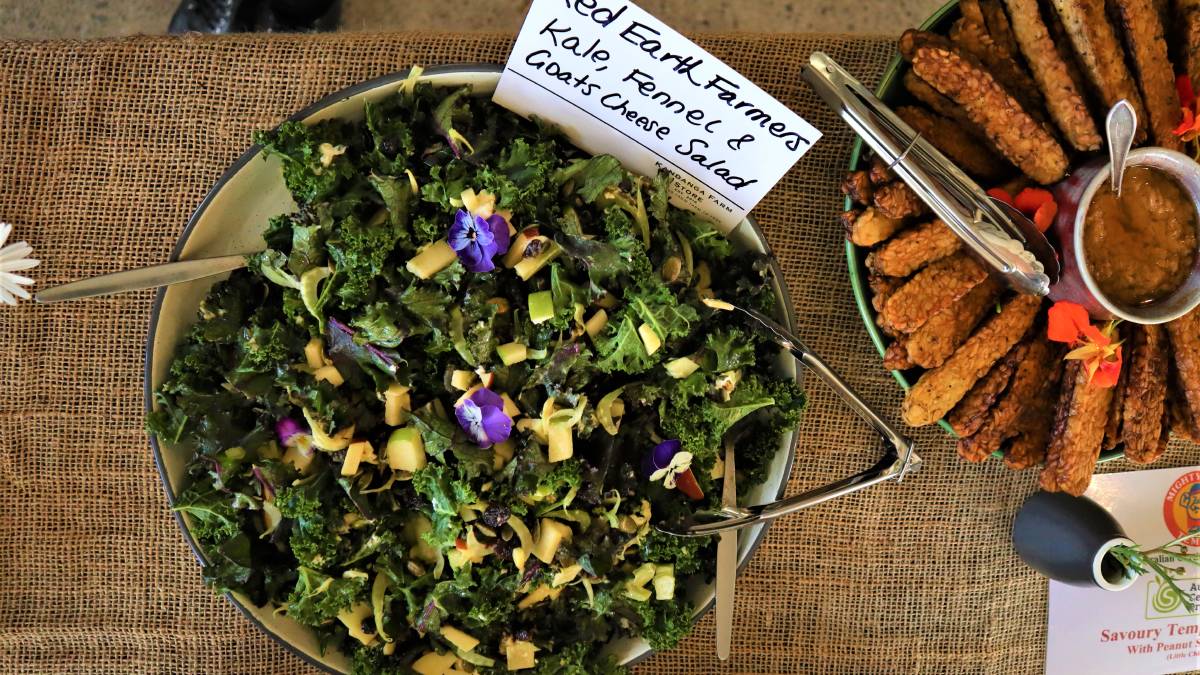 Small-scale producers attending the event were able to speak to industry professionals and financial advisors in order to gain a better insight into running their business.

Celebrating the first year on-site, and recently announced as a finalist in the Gympie Chamber of Commerce Awards for ‘Best New Business’, Kandanga Kitchen was the perfect location for the highly anticipated luncheon.

Open from Thursday through Sunday, the kitchen provides a space for Mary Valley farmers to showcase their fresh, seasonal and organic produce to locals and visitors alike.

“People coming here are able to ask us where the produce comes from and then pop next door to Tim and Amber and buy some of it,” Bec said. “We’re doing something here that’s so different and special.”

“We appreciate the relationship we have with our farmers who are feeding our menu each week and it’s really blossomed. We’re really looking forward to seeing what Spring brings - there’s some interesting things coming up.”

During the week, the commercial kitchen plays host to producers who have taken the opportunity to utilise the space for their own business ventures.

“We have Michelle from Ugly Duck Preserves using the kitchen and a number of others interested in cooking in the space,” Bec said.

Making the move from Western Queensland to the hinterland 12 years ago, Tim and Amber established the Kandanga Farm Store in order to educate producers about the importance of going chemical-free and connect them to relevant products for their crops and livestock.

“Producers want to create a better environment and produce nutrient rich food and they want to be able to leave something for their children,” Tim said.

“I see our role as one of trying to put together a range of products and then connecting with other shops and letting people know that, if we all work together, we can change.”

With the Mary Valley home to hundreds of small-scale farms, Amber said she has noticed an ongoing shift toward organic food production.

“There’s more people who are feeling confident to go down that track now which is really cool and they’re young,” she said.

“There’s a lot of tree-changers too; people who have absolutely no idea what they’re doing, so they’re starting small, and they want to do it without chemicals and regeneratively. They’re just thirsty for information.

“We don’t have all the answers yet but we’re certainly asking the questions and trying to work it out.”

Amber said the Kandanga Farm Store had become a hub for producers wanting to move away from chemicals and work the land and their animals organically, including those showcasing their produce at the luncheon.

“I think the passion for what they do really shows in the food here today,” she said.

The close-knit team at Kandanga see a bright future for small-scale producers in the Mary Valley and are hoping to run a number of future skill building workshops to help farmers expand their market presence.

“Small-scale ag sometimes doesn’t get taken seriously but I would like people to start to see it as vital to the ag sector because they are the ones who can really get the connection between the end user and the farm,” Amber said.

“If people can identify where the produce is coming from, not just the food but the person behind it, that just creates so many benefits for everyone - from farm to fork.”