As the sun set on Blackall’s 10-day 150th anniversary party, new memories continued to be made and recorded for the future.

As the sun set on Blackall’s 10-day 150th anniversary party at the end of last week, new memories continued to be made and recorded for the future.

They included past student handprints in the Blackall State School colours of blue and yellow on a mural, and the Barcoo Blitz 200m time trial for horses.

It was a very keenly contested event, eventually won by Charmaine Ellis from Longreach, riding an eight-year-old quarterhorse/thoroughbred mare named Anna that she uses for mustering and barrel racing.

Second was Spice Girl, owned by Blackall’s Jaimee-Lee Prow and ridden by her fiance, Clayton O’Brien, while Cash N Chex, owned by Annalise Kenny and ridden by Brady Prow, came in third.

The fastest local in the final was Clayton O’Brien, who took home a Fender saddle. 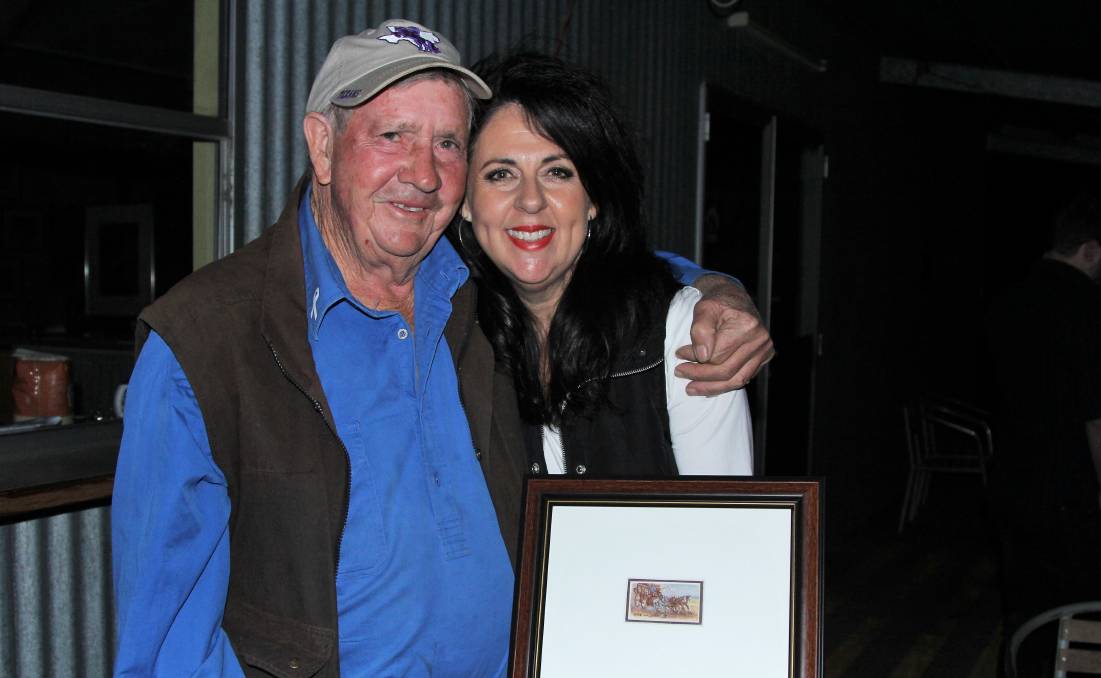 Part of the money raised from the event will go to the Western Queensland Stock Feed Run begun by two veterans from south east Queensland, that arrived in Blackall last week.

There was plenty of Blackall’s wool and shearing heritage on display at the open day for the last remaining steam-driven woolscour in the world, Blackall’s living link with the past.

There were plenty of local touches at the evening concert at the Blackall Woolscour when Bernice Leek was invited on stage to sing a duet with Tania Kernaghan.

At the end of the evening, one of Tania’s musicians, Liam Kennedy-Clark sang the song he wrote while doing shows for Blackall-born Alan ‘Smithy’ Smith, who runs Aussie Outback Tours in Longreach, to strong applause.

Finally, the artist whose murals act as a backdrop to a number of Blackall’s attractions – the Black Stump and the Pioneer Bore among them – Bob Wilson, presented Tania with a memento of Blackall’s history, one of his famous cigarette paper paintings of a Cobb and Co coach in full flight.