The pair started Storch Contracting in 2000, constructing predominately steel fences and stock yards for customers from north-west Queensland and the Northern Territory.

Up until this year, the Storches were still using traditional fencing methods to produce their fences.

They would use their eye sight to establish a straight line for their strainer posts, and pace out the distance between their star pickets, using a top line of barb wire as a guide.

Deciding they wanted to become more efficient, the Storches purchased a Trimble Ez-Pilot Assisted Steering System and a Trimble FMX display screen from Vantage NEA and had it installed into a Polaris side-by-side vehicle.

Vantage NEA then developed a custom fence marking system for the Storches, by installing a spot spray tank with a solenoid attached to it, which connected to the FMX screen.

Using the GPS system, the FMX screen accurately steers the vehicle between a start and finish point while simultaneously triggering the solenoid, which sprays a line of paint on the ground every time the vehicle travels a set distance.

The paint marks represent where the star pickets need to be driven. The system also determines and marks the predetermined distance between the strainers.

The GPS position is centimetre accurate due to the use of the Trimble CenterPoint RTX positioning service, allowing the Storches to construct an extremely accurate and straight fence.

Since installing the technology, the difference in their productivity and workload has been astronomical, with Mrs Storch saying it has allowed them to double the amount of work they do in a day.

Mrs Storch said the system had removed multiple steps from the fencing process and had allowed everyone to be working at once.

Mrs Storch said prior to investing in the technology, she and her employees had to have to wait until Barry had marked out the fence line and assembled the posts before they were able to do anything, which would usually take most of the day.

Now, as soon as the markings are on the ground, she and her team can start rolling out wire, and driving in star pickets. 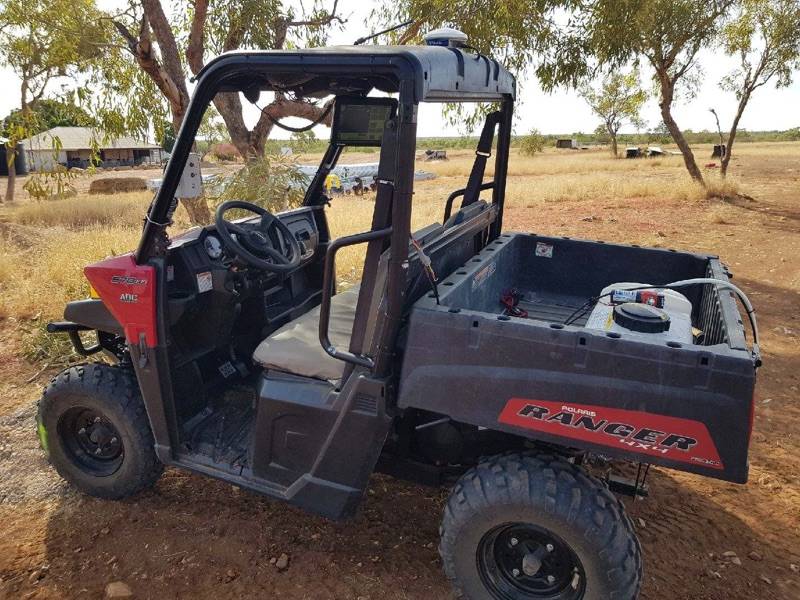 Barry Storch said it used to take him a whole day to mark out eight kilometres of fencing, but the technology allowed him to do it in an hour.

The Storches have been doing a lot of work with graziers, constructing three- and four-barb fences to make paddocks smaller, allowing for a stricter grazing routine.

Before they had the system, Mr Storch said it used to take him a whole day to mark out eight kilometres of fencing, but he can now do that in one hour.

The Storches said it was very difficult and time consuming to maintain a straight line using their original fencing methods in difficult country, that had hills or sandy soils.

Mrs Storch said it was also hard to produce a uniform product when they had to rely on their paces to make star picket markings, as every staff member would pace differently.

The system has also allowed the Storches to produce a uniform, quality product every time, regardless of the terrain they’re working on.

“When we were using traditional methods, we could finish the fence and be out by more than a metre in some places,” Mr Storch said.

“Now, you come out with a dead straight line, that’s only out by between three to four centimetres.”

The Storches said investing in the Trimble equipment had been more than viable for their business.

Mr Storch said in total, installing the system cost approximately $35,000, on top of the $15,000 they invested in the side-by-side vehicle.

“We’ll earn that back within about three months, and it’s made us so much more efficient,” he said.