Central Queensland crocodile farmer, John Levers, said he was “a bit amazed” police hadn’t spoken to anyone in the Northern Territory when they were assessing his application to renew his handgun licence for occupational purposes. 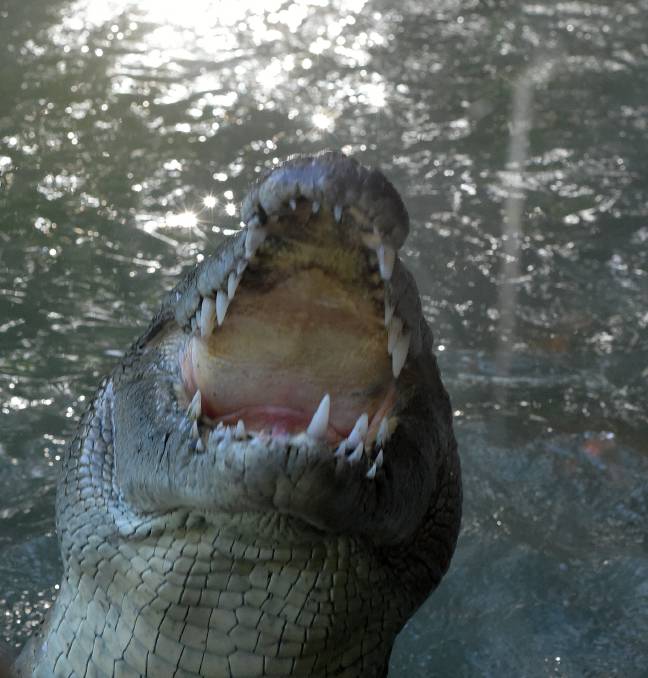 The Queensland Civil and Administrative Tribunal was told that people working with crocodiles need to always be prepared for a situation to shift from no danger to absolute danger within a second.

Central Queensland crocodile farmer, John Levers, said he was “a bit amazed” police hadn’t spoken to anyone in the Northern Territory when they were assessing his application to renew his handgun licence for occupational purposes.

He was speaking after the Queensland Civil and Administrative Tribunal set aside the Weapons Licensing Branch’s decision to reject an application Mr Lever made to renew his category H licence.

In doing so they took into account a statement from NT crocodile catcher and hunting safari expert, Matthew Kelman, from Carmor Plains Station, who said he’d had extensive experience with long and short arms throughout the Northern Territory.

“Whilst a long arm is used a lot in the safari industry with big bovines like wild cattle and buffalo, the most practical and safe firearm when working or handling crocs is a handgun,” he stated.

“I cannot imagine using a long arm in any safe or professional manner when relocating or harvesting crocodiles.

“And where might the long arm be when you need it? Probably left on the ground, or in the mud, or in the bottom of the boat.”

Mr Kelman said that without exception, the only firearm he used for safety when working around crocodiles in the NT was a revolver or pistol, preferably over .38 calibre.

Related reading: How we bagged a monster

Continuing the reasoning for needing a handgun rather than a rifle, Mr Lever himself, having worked with crocodiles for over three decades, listed several objections:

Testimony from a Professor Grahame Webb, the chairman of the IUCN-SSC crocodile specialist group, with 612 members in 64 countries, backed up the suggestions that a rifle was more dangerous to use.

Mr Webb said that during egg collection, a percentage of adult females defended their nest and could do so with rapid charges from the water.

“In wild situations, nests are surrounded by tall reeds, are often on floating rafts of vegetation, and once again a rifle is simply impractical to use.

“We have all tried it and it just does not work.

“Having the rifle in the hands of nearby people inexperienced with crocodiles is equally dangerous, because in the explosive activity that takes place, inexperienced people are just as likely to shoot the person rather than the crocodile, as has happened.

In cross-examination of Professor Webb, it was suggested that an additional person may be employed to hold the rifle.

Professor Webb said that such a proposal was “completely impracticable”, especially in situations where people were descending from a helicopter or in a group situation where there was no room to manoeuvre a rifle.

QCAT’s Member Lumb said he accepted Professor Webb’s evidence, “particularly in the absence of any evidence to suggest that use of a rifle would be a practical alternative to a handgun”.

An interesting point was raised by the applicant, Mr Levers, during the tribunal hearing, when he said police and security guards wore side arms rather than carry rifles.

“I would argue that the same factors apply – a rifle is an inappropriate firearm to carry around in public. It restricts the operator to a two-handed operation, leaving no other physical alternative other than to point and shoot,” he said. “The handgun however permits alternative use with the free hand.”

At the conclusion of the hearing, Member Lumb said he was satisfied “that it is a genuine existing requirement of the applicant’s occupation that he have and be able to use a .357 calibre handgun in the course of his occupational activities and that use of a handgun rather than a rifle is not merely a matter of convenience or preference but is a matter of necessity”.

He also found that the use of a rifle carried with it greater risk of accidental injury over and above a handgun in group situations and confined spaces.

“In short, in the course of the applicant’s occupational activities, a rifle is not an appropriate, suitable or adequate alternative to a handgun, specifically a .357 calibre handgun,” he said.

The decision comes a few weeks after the tribunal ruled in favour of a Quilpie grazier, who had applied to have his category H firearms licence renewed, only to be refused by the Weapons Licensing Branch.