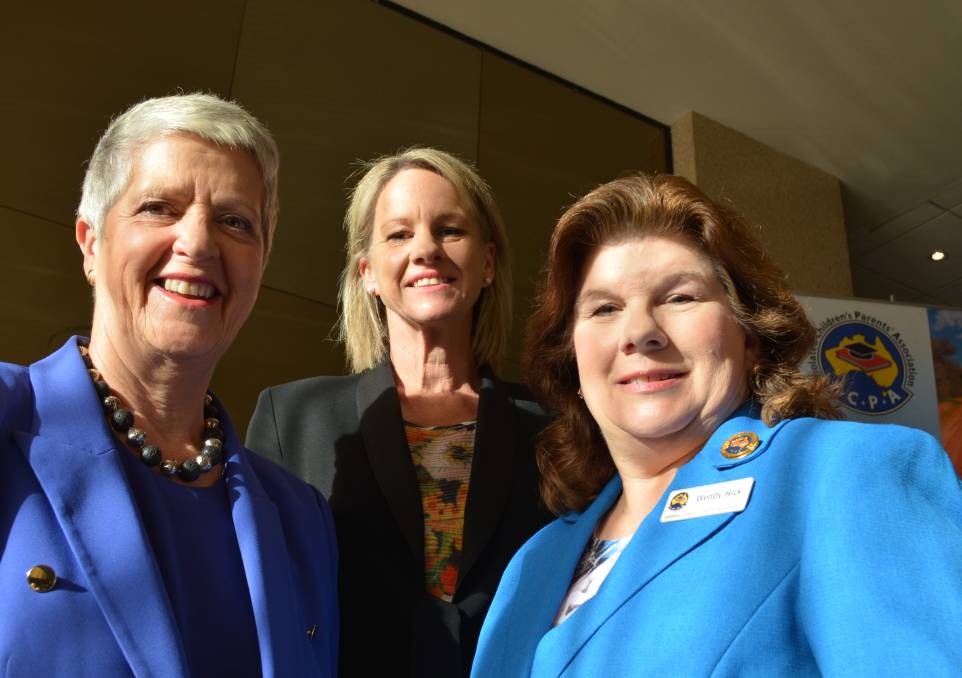 Drought is impacting on country children's rights to education.

High school students from remote and drought-savaged rural areas are being pulled out of boarding school with limited chances of continuing their education.

Drought is now having a critical impact on a country child’s right to education in many parts of eastern Australia warns the Isolated Children’s Parents’ Association (ICPA).

As farm overdrafts blow out after several years of little or no cash flow and soaring stockfeed costs add to their pain, parents are facing cruel decisions to withdraw their eldest children (or all their children) from school, invariably bringing them home to help battle the big dry.

ICPA national president, Wendy Hick, said while some students could study at home via distance education services, or possibly make a long daily trek to their nearest regional school, boarding was the only real education option for many families in remote Australia.

Drought, and the ability to keep children at school, has certainly become a really big deal - Wendy Hick, ICPA

“Some schools are going to extreme lengths to help parents keep children boarding away from home,” said Mrs Hick from Thorntonia Station near Camooweal on the Queensland-Northern Territory border.

“But in other cases you’re charged 12.5 per cent interest if you can’t pay the school fees, then told to pull the kids out at the end of the year.

“We’re hearing about lots of critical challenges facing families in drought, but also of the extraordinary help some have received.

“At one Queensland school teaching staff rallied to raise funds so a family could keep their eldest son in school – the parents were about to sacrifice his final year so they could pay for a younger sibling to stay boarding.”

ICPA calculates rural parents pay anything from $17,000 to $35,000 annually to cover boarding, tuition, transport and other costs associated with sending a child away to school.

Mrs Hick said the alternative home-based learning option was a huge challenge for high school students, requiring a lot of dedication, plus access to teaching support which most farm parents were simply incapable of providing properly, particularly if they were working overtime to feed and water drought-stressed livestock.

She said leaving school early to return home to the farm often spelt the end of a student’s education.

It also isolated them from the social skills and other opportunities they gained at school.

The need for emergency government support to educate remote students during natural disasters is a hot issue at the 47th annual federal ICPA conference in Canberra this year.

Parents from as far away as the Top End, western Queensland, Western Australia and central Tasmania, as well as “nearby” Far West NSW make up most of the 150 delegates.

The bush parent lobby is also using its valuable time in Canberra to intensify pressure on politicians, bureaucrats and government advisors.

“Drought, and the ability to keep children at school, has certainly become a really big deal in the past year,” Mrs Hick said.

“Areas of Queensland and northern NSW have been struggling with this drought for up to seven years, but now most of NSW is now desperately dry, as are many parts of other states.

“We say any drought or natural disaster assistance measures should include some sort of basic coverage for education.

“Access to school education is something everybody is supposed to be entitled to, but more and more parents are reluctantly admitting they can’t provide it because they’re battling the cost of distance and drought.”

In the past families entitled to exceptional circumstances assistance could access help with education costs, but changes to drought relief measures now restricted drought relief to a household allowance “to put food on the table”.

Queensland government assistance for education costs had also cut out after two years.

Every morning when city people wake up they should be thanking regional Australia for their way of life. - Fiona Nash, Charles Sturt University

Acknowledging the massive contribution rural, regional and remote Australia made to the nation’s economy, and its social fabric, Mrs Nash reiterated how access to education was vitally important for country communities and families.

“The challenges of tyranny of distance and higher costs particularly affect our rural and remote families, especially when seasonal conditions are tough.

“Every morning when city people wake up they should be thanking regional Australia for their way of life.

One of the key priorities for Charles Sturt University was training up graduates who move out to, or return home to, regional communities to work and practise their profession.

“We know if we train our students in the regions they are far more likely to go on to work in rural, regional and remote Australia.”