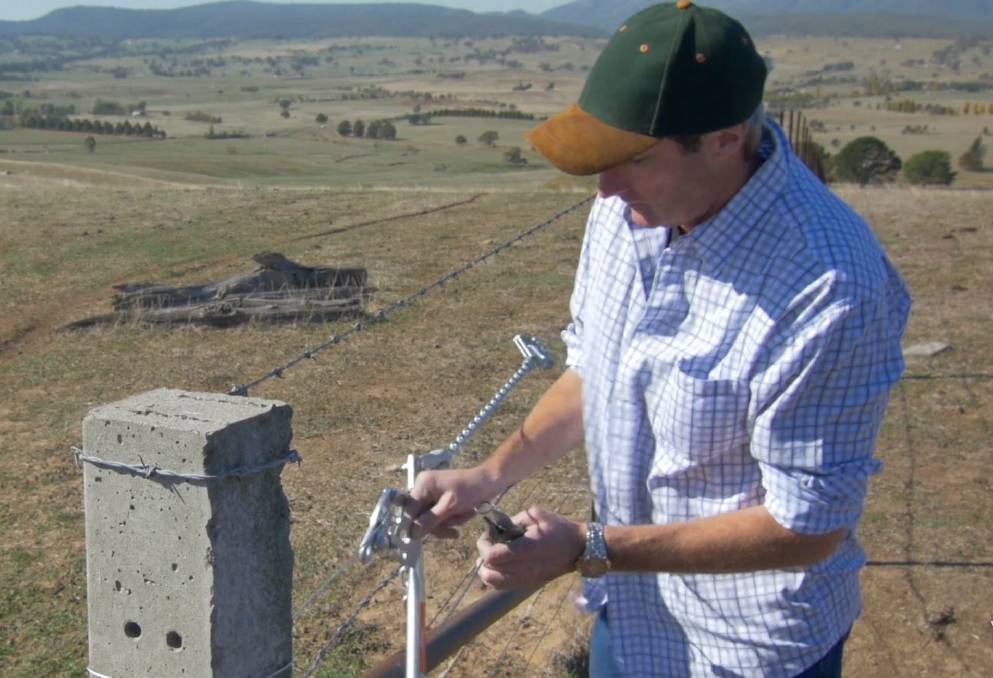 Merrijig based farmer turned inventor Mark Mahoney has designed a product which will allow you to fix a busted fence wire in under 60 seconds.

Advertiser content: Merrijig based farmer turned inventor Mark Mahoney has designed a product which will allow you to fix a busted fence wire in under 60 seconds.

Do you hate fixing broken fences? Do you hate stuffing around for five to ten minutes with fiddly little tools on a good day? Do you wish somebody would come up with a solution? A farmer maybe? Someone who is sick and tired of having their precious time wasted by this day to day annoyance?

Well that’s exactly what Merrijig based farmer turned inventor Mark Mahoney has done. He’s invented the V-Joiner, an ingenious little contraption that he hopes to bring to market before the end of the year.

Mr Mahoney says this is the quickest fence repairing product in the world and it is purposefully designed to withstand the harsh Australian elements, so you can be confident that this quick fix is a long term solution

It has been a decade long work in progress, with many design tweaks along the way to refine the idea to what it is today. It has just one anchorage point and two prongs which allows you to join and tension your fence quickly and effectively. 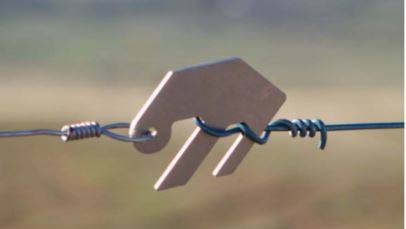 The V-Joiner can repair fencing wire in under 60 seconds.

All you need to do is attach the V-Joiner to the strainer post with the finger prongs pointing downwards. Then attach the wire strainer and tension it. Cut the wire off, leaving eight to ten inches past the joiner, and then use Mr Mahoney’s specially designed shaping tool to grip the wire and line it up with the finger prongs. Loop the wire around the tool; use pliers to squeeze it off and direct the loop onto the prong. Once this is done you just need to remove the tension device, bend the wire back on itself (past the rear prong) and then use another special tool to tie it off.

It’s quick, easy and will save you time, which as any producer knows, is money. And, you can even get V-Joiners for barbed wire, electric and heavy duty (vinyard) fences too.

Mr Mahoney grew up on the land but he has always been a creative type. As a child he loved both visual and industrial arts. On weekends, he’d work with his old man around the property but he always questioned convention.

He would constantly ask his father why they did things the way they did and he was always looking for a short cut, a way to make their job easier.

When he was 17 he studied engineering and spent his late teens shearing and doing seasonal work before settling down on a property, that creative streak never left him though nor did his innovative mind. Like most farmers, he continued to work the land and pushed industrial design to the back of his mind. However, almost two decades late, he found inspiration in an unexpected place.

“I used to watch The Inventors on the ABC and most of the ideas seemed pretty simple,” he recalled.

“(I remember thinking), you’d think most things have probably already been invented by now but when I saw some of those ideas I thought, I could do something like that… I noticed there was wasn’t much around to join fencing wire, so I started to think about it.”

He puzzled over the idea for a few weeks but his road to Damascus moment came when picked up a piece of plastic tubing and wrapped it around his fingers. When he bent them at 45 degrees the tube tightened.

He instantly started working on drawings. It wasn’t long before he’d welded himself up an early prototype in his workshop. When he tested it, it worked better than he’d thought.

Over the next decade he would continue to work on the design, seeking help from an engineering firm to produce a working prototype. He has since patented  the idea and is ready to take it public.

Mr Mahoney is currently seeking expressions of interest from potential customers so that he knows how many he needs to manufacture for his initial order. He is also open to discussions with potential business partners to help expand the company.

The story Sick of stuffing around with busted fence wire? Here’s a 60 second solution first appeared on The Land.