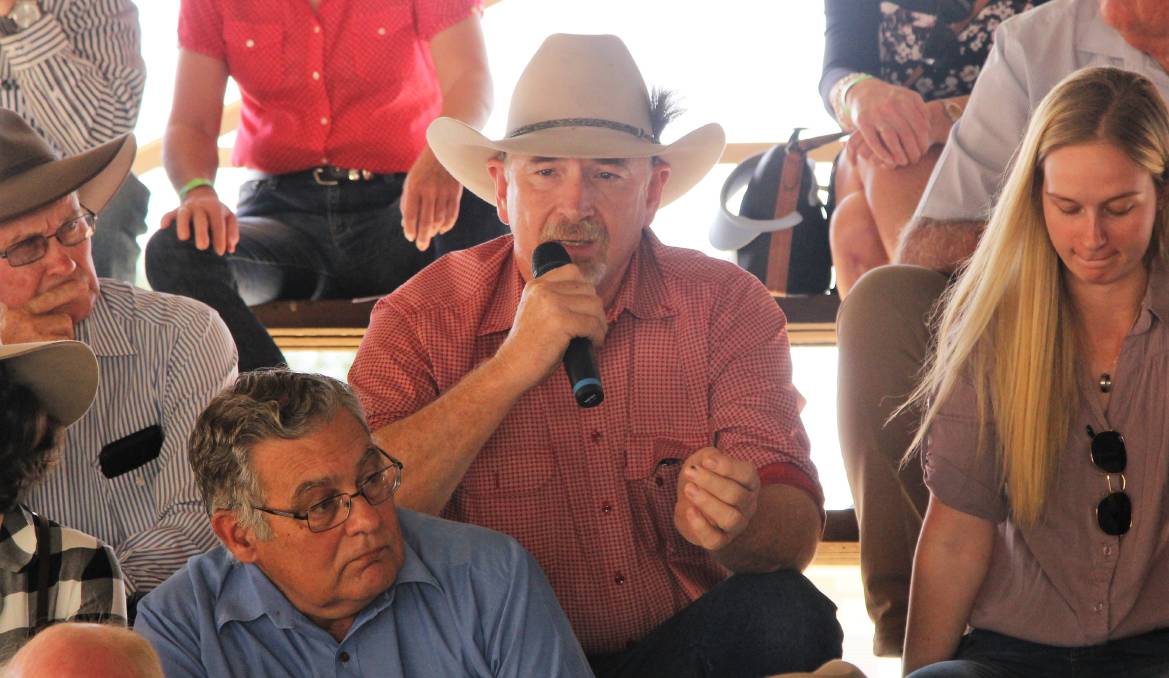 A regulation that requires people wishing to receive psychological counselling to relinquish their weapons licence and firearms is proving to be a harmful barrier to rural people seeking help.

A regulation that requires people wishing to receive psychological counselling to relinquish their weapons licence and firearms is proving to be a harmful barrier to rural people seeking help, according to agencies working in western Queensland.

The concern was raised with federal ministers, Matt Canavan and David Littleproud, at a public forum in Longreach recently.

Peter Whip, the chairman of Outback Futures, a not-for-profit organisation providing professional and consistent allied health services to rural and remote Queenslanders, described it as a serious deterrent.

“If you're a grazier that means you've got to give up your guns, and life insurances are affected.

“We know blokes particularly – it's hard to get them to see a doctor even if their leg's hanging off – for mental health it's a real struggle to get people to see professionals. Having funding that's linked to the necessity to have a mental health plan is a real disincentive to people seeking help.”

As well as the obstacle the requirement was placing on people requiring treatment, Mr Whip was concerned that it was affecting usage statistics and giving governments a false picture of the need, which could impact future funding decisions.

“Outback Futures doesn't have that requirement – we're all funded by private donors – so when we go to say, Blackall, we had 90 people come to us.

“You go and talk to whoever has got that mental health plan restriction, they might see two or three.

“The government is getting this data and going, we don't really need that, there's only two or three people accessing the service, there mustn't be a real problem.

“They put in millions to run these services but have set it up in such a way that no-one really accesses it.”

Mr Whip’s comments were confirmed by mental health clinician, Tim Driscoll, who is with the RFDS Drought Wellbeing Service at Longreach.

“I've only been in the central west since February but it's certainly an issue that's been brought up, by both clinicians and the public,” he said.

”We've seen a reduction in the service utilisation in Longreach, quite clearly, as a result of extra restrictions on accessing.

“The more steps between needing support and getting support – any barrier is potentially damaging.”

Mr Driscoll emphasised that he wasn’t advocating for removing the need to see a GP from the program.

He said there was sound reasoning behind having a GP at the centre of writing a mental health plan, saying “that's not a bad model to have”.

Mr Whip asked if there was anything the Northern Resources and Agriculture Ministers could do to alleviate that barrier.

Mr Canavan responded that he hadn’t heard that specific problem but gave a commitment to follow it up and “come back to you on exactly what those plans require and whether they can be more flexible”.

He was not as accommodating of Mr Whip’s request to change from a short term funding approach to mental health services in rural Australia.

Mr Whip told the forum the many mental health groups accumulated after extended years of drought suffered from only being able to keep professionals on the ground for six months at a time because program funding cut out.

Mr Canavan said the funding, particularly for rural financial counsellors, was temporary because everyone hoped the drought would not be permanent.

“We ended up with a drought that went a lot longer than we all thought so the funding has had to be renewed at different times,” he said. “I don't know if we can work around that completely.”

Agriculture Minister, David Littleproud, described it as a cookie cutter approach that he said wasn’t working.

“We get it wrong.

“Matt and I have got to stand up to the Health Minister and say, you can't have a cookie cutter approach because if we lose the human capital, we lose the resource and we lose the trust that you people have built up.”