It has been three years in September since Andrew and Anna Raff and their four children Harry, Charlie, Georgina and Olivia left the challenging Queensland climate for greener pastures on King Island, an island near Tasmania.

It was a massive undertaking for the Raff family whose Angus seedstock operation, fifty years in the making, was highly regarded across the east coast of Australia. 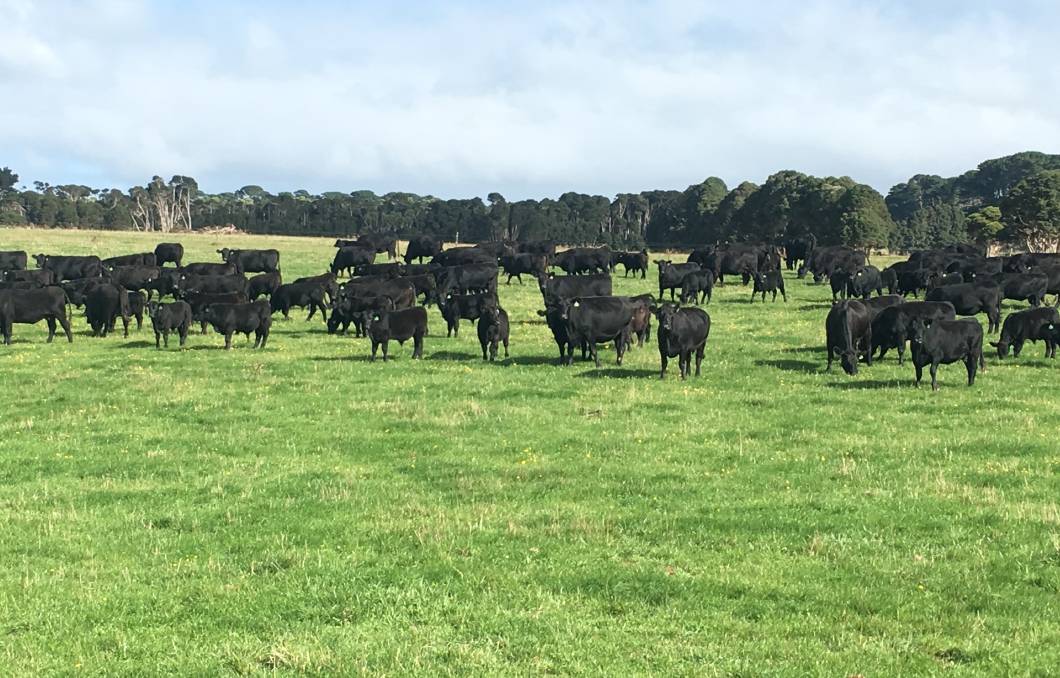 The Raff family relocated their Raff Angus breeding herd from Drillham to the greener pastures on King Island.

On the back of successive droughts, the Raffs were in search of a new business model and a better lifestyle for their family.

The young family followed Andrew’s parents David and Jill to the Island. They had bought a farm and moved there in early 2015, naming it Muir of Logie after their ancestors’ first property.

Andrew and Anna settled on a property they named Forres, after the family’s original Angus cattle stud prefix, established in 1965.

When QCL caught up with Andrew Raff recently we were keen to learn how life and business had changed for the family.

“It is now a case of not if it rains, but how much will we receive,” Andrew said.

“Our biggest variance on moving here is learning how to manage the wet weather and our grass.

“Even when the high clover based pastures are very lush we do not get bloat – just eight kilometres from the east coast we get sea fogs with the salt in these fogs having something to do with this.

“Where once we spent up to about half a million dollars annually on drought fodder, this account has now been reduced to around $10,000.

“We obviously have a fertiliser cost here, but unlike our oats country we had at Drillham, which we’d often fail to get any production return from, when we apply fertiliser here we are guaranteed a return.”

The Raffs moved 600 head of cattle from Drillham, near Miles to Dubbo, NSW then on to Melbourne where they were spelled for three days. The cattle were then loaded onto double decker trailers and shipped by ferry to King Island.

The Raffs consigned 100 favourite mature stud Angus cows with calves at foot, along with 500 stud heifers and six stud sires to their new home on King Island.

The draft represented their finest seedstock and the costings for the long journey to the Bass Strait varied from $200/head for heifers to $400 for cow and calf units.

Included in the sire battery was the champion show sire Raff Empire, who finished his all‐conquering stud showing career by winning 11 supreme awards from 13 shows, including grand champion Angus bull honours at Beef 2012.

The Raffs have about 800 hectares of prime grazing country on King Island, which consists of clay top-soil grassed with predominately rye grass and clover.

Their move south has allowed new clients who want bulk numbers of grass fed bulls to invest in the Raffs genetics.

As yet, they have not reached full carrying capacity. However at full production, up to 600 fully performance recorded and pedigree verified Angus animals will be turned off as 100pc grass finished steers or heifers with a 320 to 380kg carcass weight.

This will allow carcase data to be accessed from the two local meat processors, Greenhams and JBS. Andrew said this feedback would help them gauge the true performance of their genetics.

Their country is 100 metres above sea level, situated close to the highest point of King Island.