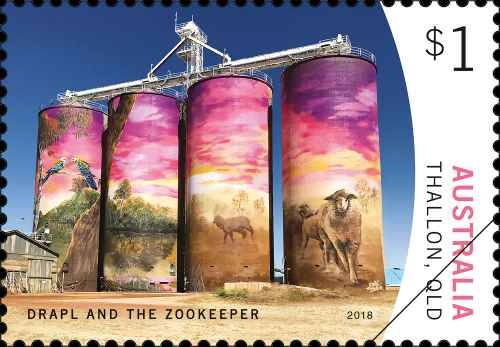 Find out when they will be available for purchase.

A SMALL south west town who found fame becoming the first Queensland silo artwork will take their stardom nationally with the release of a new Australia Post stamp.

Just 10 months after drought stricken Thallon was brought to life with the completion of a mural on their 300,000 tonne grain receival site, the town is set to become a household name through its inclusion as one of four commemorative stamps in the Silo Art series.

From May 21, Australians will be able to purchase the silo artwork from Brisbane artists Drapl and The Zookeeper in the form of a $1 stamp photographed by Damien Morgan and designed by Janet Boschen Design. 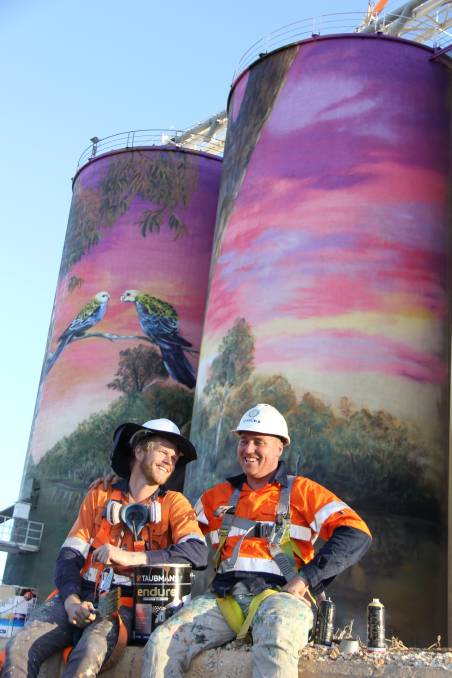 The series also includes silos from Brim in Victoria, Ravensthorp in Western Australia and Weethalle in New South Wales.

Thallon’s unlikely canvas has brought new life to the town, enticing visitors to spend time in the area.

The Thallon mural took artists Joel ‘The Zookeeper’ Fergie and Travis ‘Drapl’ Vinson three weeks to complete using 500 litres of paint, 500 spray cans and only an A4 impression to guide them.

Mr Vinson said he was proud and honoured to have his artwork featured on the stamp.

“Never had I ever imagined that picking up a spray can when I was 12 years old would start an art career as eventful as this,” he said. 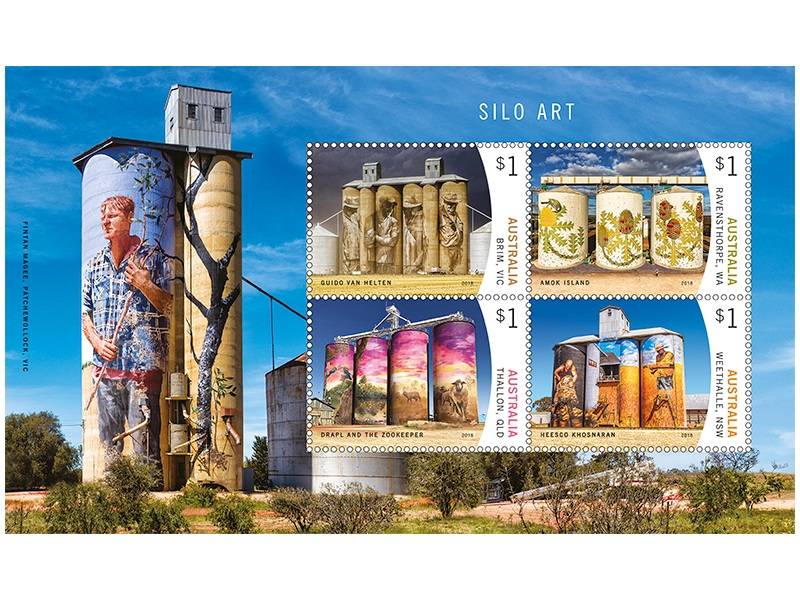 The four silos to feature in the series.

“Thallon is a very special place where anyone is welcome and I am very happy that they now have an iconic landmark to set them apart and for travellers and locals alike to enjoy.”

According to Australia Post, silos had become landmarks in their own right; revitalising tiny towns and putting them firmly on the national and international map.

“In the last few years some extraordinary artworks have appeared across Australia,” an online statement read. 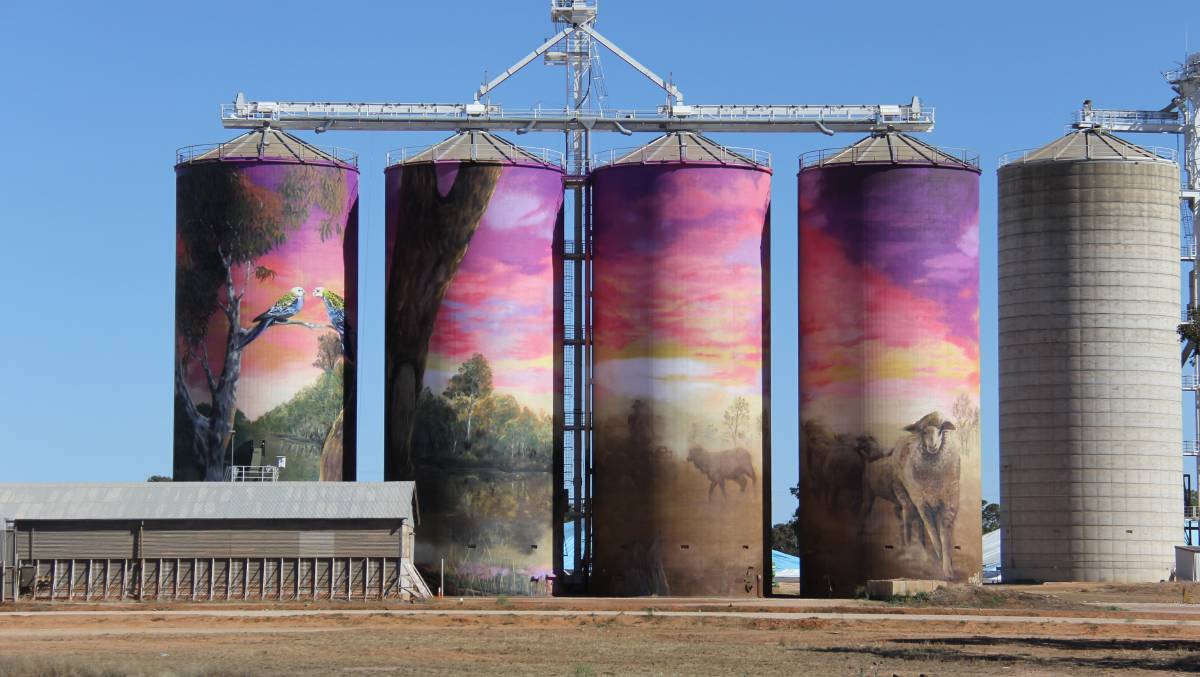 “The unlikely canvases for these works are the towering grain silos that dominate numerous small wheat-growing country towns.

“Many of these proud and tight-knit communities are suffering from a range of issues including drought and population attrition.”

The stamps will be available from post offices as a minisheet, stamp pack, maxicards and collective booklets.

The small town will celebrate the occasion with a launch at the Thallon Recreational Grounds on Sunday May 20 from 11am.

Sponsored by
Buyers at the 65th Rosevale Santa Gertrudis sale at Jandowae had to hold onto their hats on Tuesday, not just to stop them from blowing away in the 78kph wind gusts experienced on the afternoon, but to keep up with the early bids flying around the sale ring.
Test
Crunching the numbers of the Droughtmaster National show some interesting findings.
Test
Agents have fielded a lot of interest in the inner Darling Downs property at Yargullen.
Test
We can't continue to place the burden of responsibility for reducing carbon emissions squarely on the shoulders of agriculture and its producers.
Test
There was a yarding of 1863 cattle at Gympie on Monday.
Test
There were 6161 cattle and 3078 sheep from Qld offered online last week.
Test
Droughtmaster National attracted a solid outfit of new vendors looking to showcase their genetics in 2021.
Test
The Maynard family are celebrating a successful sale at Gracemere on Monday.
Test