The competition has lead the school to improve their efforts.

Students will research their allocated agricultural industry – wool – and show their findings through artwork, using a fibreglass bull, and producing an online blog.

The national Art4Agriculture program to educate students about farming and natural resources has also been a game changer for the Beaudesert school’s curriculum.

Teachers will use the development of their Archibull Prize entry, which will be based on robotics, as a learning tool in classrooms.

“We will be learning new skills because now that we’ve prepared classes dedicated to this, we’ll spend a lot of time in developing what the kids know rather than a quick crash course (in soldering, code and robotics) like last year,” he said.

“It’s different because a lot of our agricultural science and husbandry classes do a lot of learning about the sheep and wool industry… it’s closer to home so they’re familiar with it,” she said. 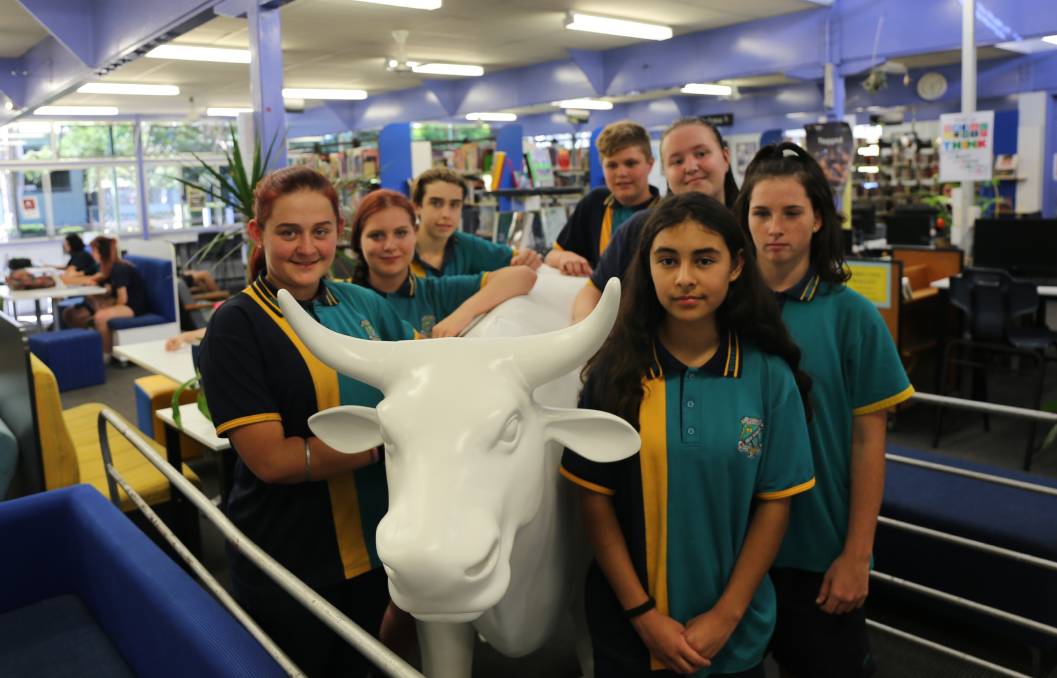 Ms Perkins said more students, schools and community groups would be brought into the fold.

“Hillview State School will be lending a hand in term three and getting involved in the creation … some ladies in the community will also be knitting some clothing accessories for bull,” she said.

“We are also working with and against (Beaudesert State School) who have entered into the competition.

Ms Perkins said to add another level of competitiveness, the high school would hold a contest among students and staff to name the wooly bull.

Last year, the school made history by entering a robotic cotton wool bull, Bullinda, in their first year of competing and as a result, they won the Jim Pratley Innovation in Technology Award.

They were the first school to have added lights, sounds and noises to their entry since the competition began in 2010.

Ms Perkins said they might have started a trend with using robotics but the school would improve their skills for a better entry result.

“We’re presuming other schools will try to include movements or light and sounds in theirs after they’ve seen what can be done with Bullinda from last year so we need to make sure we stay on top and do better,” she said.