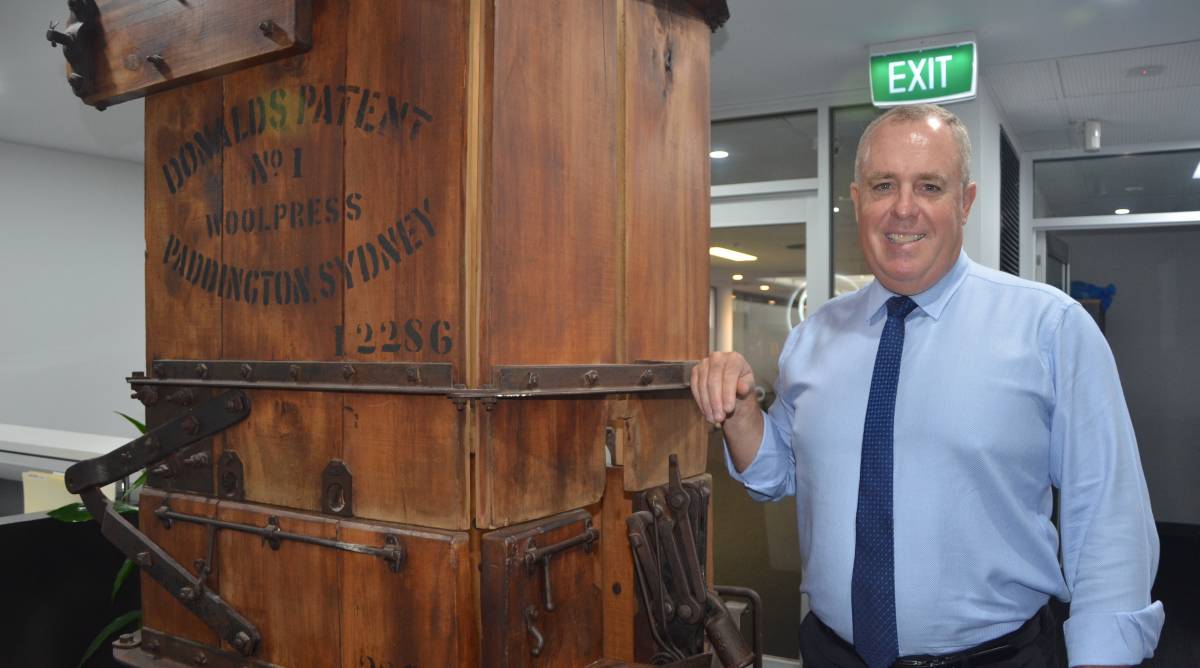 Quality Wool managing director Mark Dyson said with whole generations of farmers having no experience with sheep, it was hard to see an increase in wool volumes in the near future.

DRY conditions across much of Australia have lead the national wool production forecast down from the previous outlook released in December.

DRY conditions across much of Australia have lead the national wool production forecast down from the previous outlook released in December.

The Australian Wool Production Forecasting Committee predicts 2017-18 wool production will reach 338 million kilograms greasy, 700,000kg down on the December forecast of 345mkg. This equates to a 0.6 per cent decline on 2016-17 levels.

Mecardo managing director Robert Herrmann was not surprised by the correction.

“We have been sceptical about the outlook for wool production for some time,” he said.

“I think what would have surprised people is the drop in wool volumes that arrived at stores this year. But in the second half of last year, a lot of sheep were shorn prematurely.”

Mr Herrmann said although high wool returns presented an economic incentive to increase sheep numbers, this had not translated into wool volume growth.

“For supply to grow, you need a swing away from prime lambs or cropping, and there’s no evidence farmers are doing either. 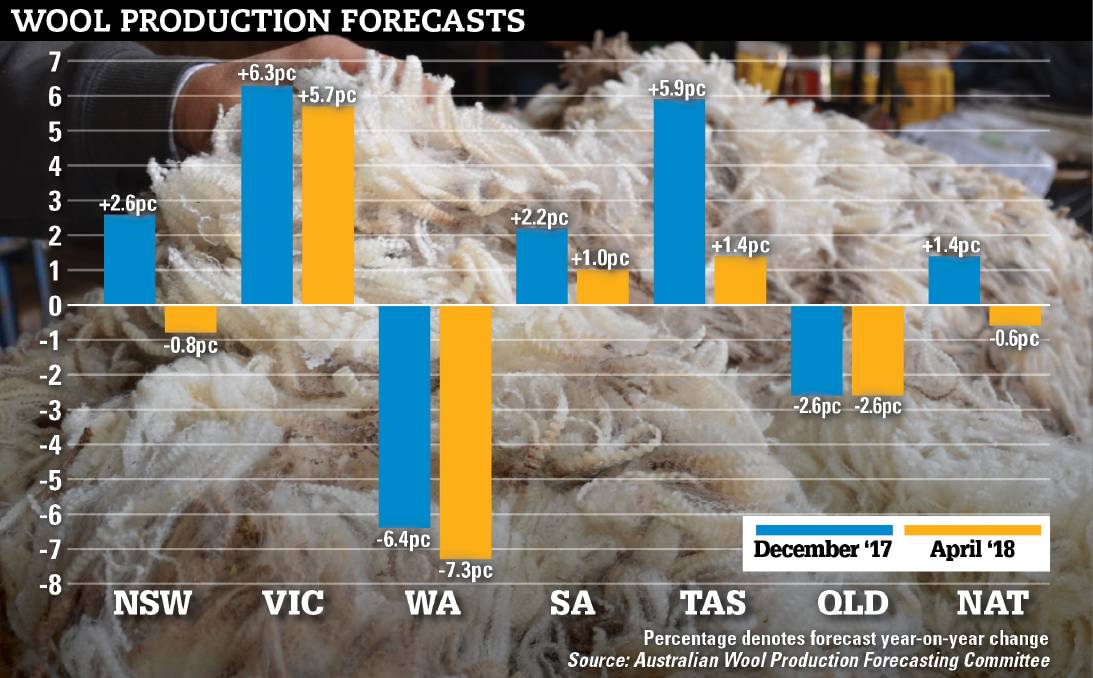 ESTIMATES CHANGE: The Australian Wool Production Forecasting Committee estimates have changed since December, particularly for NSW and Tas. On a national level, the year-on-year change is down 0.6 per cent, when just four months ago it was estimated to be up 1.4pc.

“With cropping, while prices are historically low, people are still more likely to put more hectares in, to try and get a return on their investment, rather than going out and paying a lot of money for sheep.”

Mr Herrmann said in the short to medium term the price outlook for wool remained strong.

“Wool supply will put pressure on the market because this is the first time where we have seen the wool market operating without any overhangs of stock,” he said.

“There’s very low stocks on-farm, wool brokers are reporting their lowest stocks in years and exporters are shipping it as quickly as they can.”

But in the longer-term Mr Herrmann believes demand will meet supply.

“We used to have a national sheep flock of 170m and at the moment it’s about 70m, and demand has adjusted to that supply,” he said.

With the way the season is shaping up, I’m surprised the difference between the December forecast and the recent forecast is not greater. - MARK DYSON

National Council of Wool Selling Brokers of Australia executive director Chris Wilcox did not believe anyone in the industry in Australia would be surprised by the production forecast, due to the seasonal conditions.

“But millers and overseas buyers might be surprised production is down, considering Merino prices have been so good for such a long period of time. They might be thinking high prices would bring high production,” he said.

Tight supply tipped for majority of 2018

QUALITY Wool managing director Mark Dyson is surprised national wool production is tipped to be 338 kilograms greasy, as he believes the figure could be lower.

“With the way the season is shaping up, I’m surprised the difference between the (Australian Wool Production Forecasting Committee’s) December forecast and the recent forecast is not greater,” he said. “It’s very, very dry across virtually the whole southern region, and not only that, we’re seeing large numbers of sheep and lambs continue to be slaughtered.

“We’ve also seen an increase in prem shearing, as woolgrowers looked to increase their liquidity on the back of good wool prices.”

Mr Dyson believes wool supply will be tight for most of the year, until a spring flush in September.

He said despite lucrative returns, there had not been a noticeable swing back into wool growing,

“We’ve got one or two generations who are not used to working with sheep, and a lot of infrastructure that’s been removed from properties,” he said.

Mr Dyson said while he had seen his company’s traditional woolgrowing clients hang on to extra mobs of ewes, increased supply was not coming in from other areas.

He said demand remained strong, especially on the back of renewed interest from India in recent weeks.

WoolProducers Australia president Richard Halliday said it was a positive time for farmers in the industry.

“We’re in a classic demand outstripping supply situation at the moment,” he said. “All we need is some rain and green grass.”