Morven graziers David and Louise Winten's operation is going from strength to strength but vegetation management laws are a serious threat to their continued success.

MORVEN graziers David and Louise Winten might not have any mulga on their 10,852 hectare property but it’s an integral part of their Dorper sheep and Brangus cattle operation.

The couple’s business is growing from strength to strength at the moment with exclusion fencing allowing them to return to sheep for the first time in about 20 years while 156mm in February and March has the property in fine form.

But their current success at Angellala Downs hasn’t come without a land improvement and drought proofing strategy they have adopted for decades. Sheep returned to Angellala Downs 12 months ago for the first time in about 20 years when the property traditionally ran Merinos.

Anywhere between 200 to 300 of their cows run on a mulga agistment block 90km south of Morven with numbers increased during dry times at Angellala Downs.

Mulga harvesting makes the agistment a viable drought feeding option but the reliability of the block will be jeopardised if Labor’s vegetation management laws aren’t overturned.

Mr Winten is set to attend the public hearing into the Vegetation Management Amendment Bill in Charleville on Thursday having made a submission where he spoke of their possible intention to one day purchase a mulga block of their own. 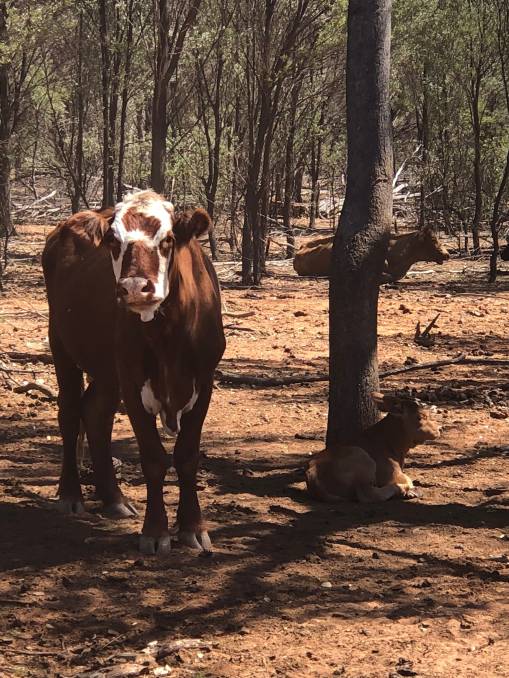 Some of the family's cattle on a mulga agistment block south of Morven which is also used as a means of drought proofing Angellala Downs.

“We cannot do this with constantly changing legislation leading to uncertainty and confusion,” it read.

“Banks and private investors will not invest in that changeable business environment.”

“I can’t comment for North Queensland, but I’ve lived in south west Queensland all my life and I know what goes on here and they have definitely got it wrong,” he said. David and Louise Winten, Angellala Downs, Morven, in an area of their property which was thinned and now allows for both a productive balance of pastures and vegetation.

“We have looked after the land for so long...and we don’t get any acknowledgement of that and all they do is try and make it harder and harder.”

The Wintens have had many successes with thinning on Angellala Downs. A paddock in particular, thinned about two years ago, has 60 trees/ha retained but now runs 160 cows when it previously struggled to carry 80.

They posted their submission on Facebook last week along with a picture of their children (below) which was shared more than 2000 times. 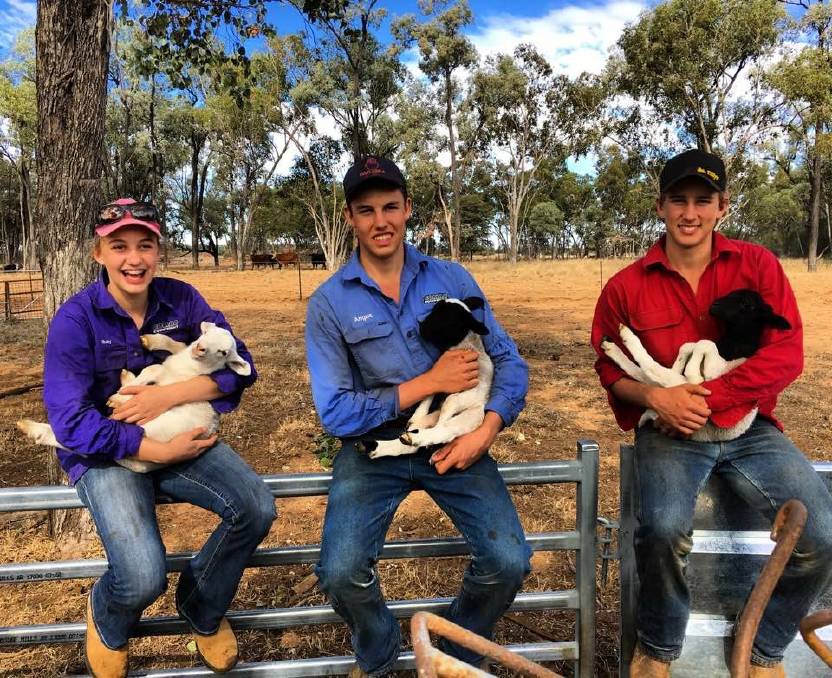 A picture of the Winten children, Ruby, Angus and Riley, with the family's vegetation management submission, has been shared more than 2000 times on Facebook.

Ms Winten said without viable farming operations the new laws had flow on affects for small towns including other businesses and schools.

“That’s the thing, you work hard, you put a lot of money into (farming), you don’t do it for free,” she said.