Trading in commercial Angus underwrites couples beef business while they transition into the branded beef market. 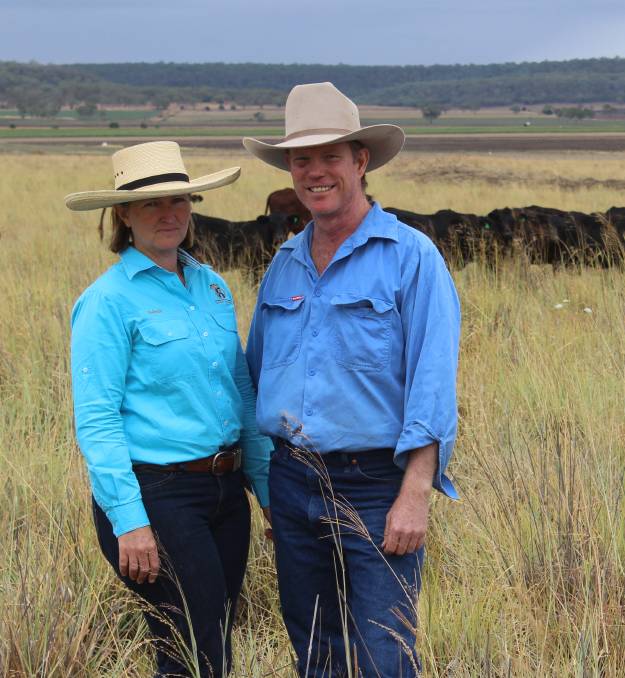 Belinda and Ted Callanan, Wyalarah, Nobby, look over some of their Angus steers they grow out to feedlot weights of 400kg.

Ted and Belinda Callanan, Wylarah, Nobby, turn-off 200 trade cattle annually to the feedlots and continue to buy in Angus weaners for a number of reasons.

“We selected Angus as they are mainly the primary market driver and is what the consumer market is chasing,” Ted said.

“This, along with the consistent meat quality of the Angus breed is the reason why we choose to prefer Angus for our branded beef.

“Another factor is the availability we have to be able to buy quality Angus weaners and our climate and production system.” 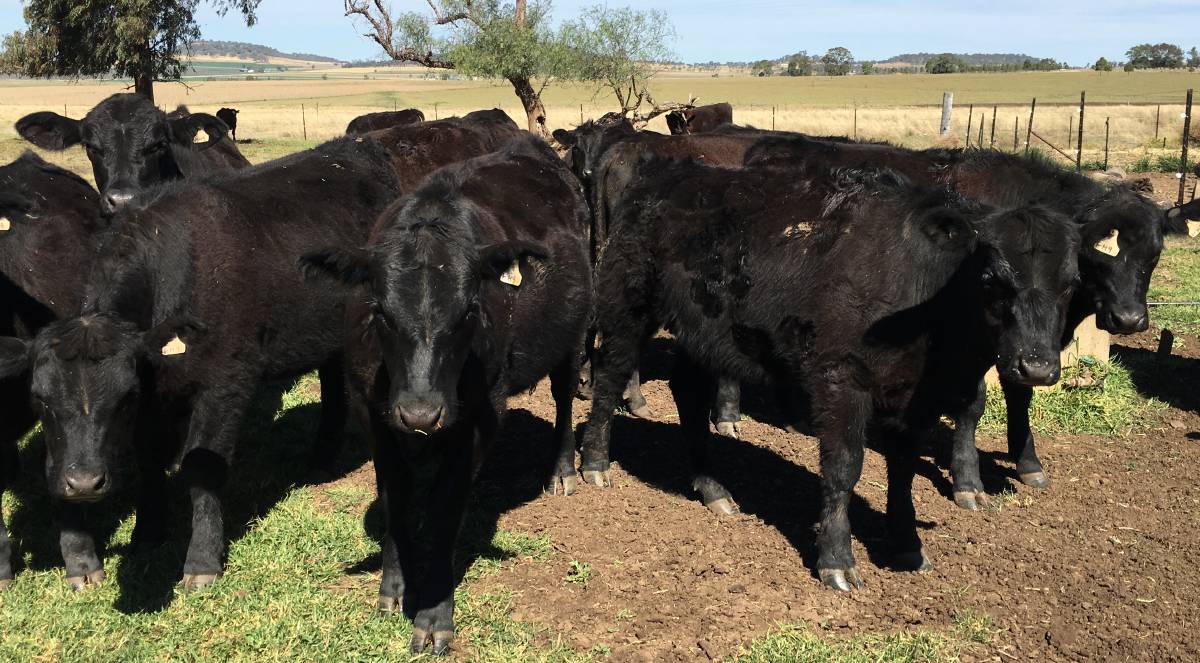 Weaner cattle are educated and worked with horses before a transition to bikes once they arrive at Wylarah, and once settled, quickly put on more kilograms.

Ted said when selling onto feedlots any beast which has more than 75 per cent Angus content will automatically attracts a 5c/kg premium.

The couple buy mainly from the Stanthorpe Angus Weaner Sales in April each year.

The Callanans like to buy uneducated weaners and educate them to their handling conditions.

“We like to put the right habits into them, not the bad ones, and the weaners settle more quickly and put on more kilograms,” he said.

“Once the weaners arrive home, they are held in the yards and tailed out using horses initially to start with, before we move to the transition of using bikes.”

The Callanans work on a rotational grazing basis using grass and forage crops of winter oats and summer forage sorghum to grow out their weaners.

The Callanans use single electric wire fencing and need to have exceptionally quite cattle.

Wylarah was all farming country under crop when the couple bought the property in 2013. Since then, they have planted improved grasses and pasture including Bambatsi panic ,creeping blue grass, Rhodes, Gatton Panic and Digitaria varies and converted the country back to two-third permanent pasture and one third forage crop.

The Callanans work on a rotational grazing basis using grass and forage crops of winter oats and summer forage sorghum.

Some 12 months ago the couple registered the brand ‘Ted’s Farm’ and sell their branded beef in 10 to 20kg packs at $20/kg.

“We were already producing an animal to 400kg and it is the ideal carcase size for the family consumer,” Ted said.

They consign their steers to Carey Bros Abattoir, Yangan, for a private kill and the carcases are delivered to Gillies Meats at Clifton, to be processed.

The consignment depends on the demand, and the Callanans service a radius of clients in Toowoomba, Brisbane and as north as Rockhamptonon.

“Our commercial trading underwrites our beef business while we transition into the branded beef market.”