AHVISE, or Aussie Helpers Volunteers for Isolated Student Education, is up and running in time for the start of the 2018 school year. 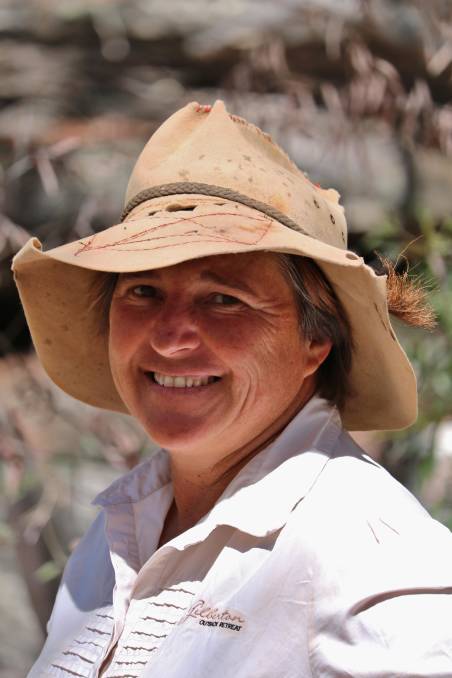 AHVISE, or Aussie Helpers Volunteers for Isolated Student Education, is up and running in time for the start of the 2018 school year.

So far, 27 tutors are on the books to be part of the home tutor relief scheme that has evolved in the wake of news mid-last year that VISE was to close down at the end of the year.

After 28 years of operation, VISE CEO, Mike Stock, 83 and vice president, David Southern, in his 70s, announced last May they were stepping down without being able to find replacements, leaving them with “no choice” but to shut the organisation down. 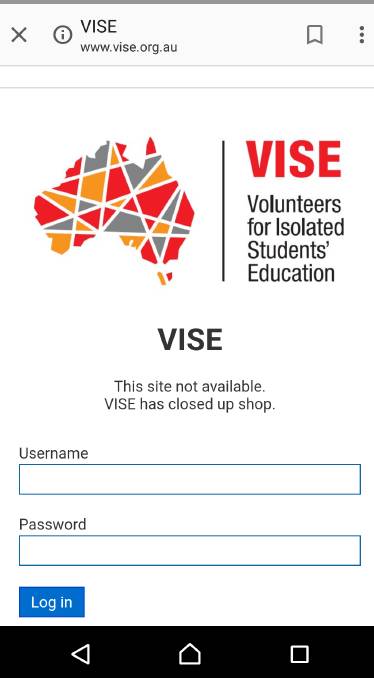 The current message on the original VISE webpage.

The announcement was a shock to many rural families, who had been reliant on the six weeks of tutoring relief offered at times when other demands around the property were at their peak.

Long-term VISE volunteer administrator and north Queenslander, Lyn French was determined not to let the concept fade away, and found a willing sponsor in Aussie Helpers to back her desire to keep a service available.

Aussie Helpers, itself given great financial support by Dick Smith Foods, offered $100,000 to back Lyn’s proposal.

Despite starting from scratch with family and tutor contact resources, Lyn said this week she was happy with where AHVISE was sitting.

“I knew it wouldn’t be a walk in the park to set up but we have the new website up, thanks to the outside expertise sourced by Aussie Helpers,” she said.

“We probably don’t have enough tutors for the demand that will be there, but we’re ready to grow now.

“As long as people have patience and realise it won’t be a la carte at the start, it’ll be fine.”

While volunteers are essential to versions of the home tutor relief scheme, there are a few differences between AHVISE and the former scheme, one of the most prominent being that there is no limit now to the amount of time a tutor can stay on a property.

Previously limited to six weeks, Lyn said that if a family needed someone for longer and a tutor was willing to stay, that would be agreed to.

“In the past, families paid the tutors’ travel costs in full, which weighed more on people living the furtherest away from most tutors’ home in southern Australia, at the top of the Cape and so on.

“Now, tutors have to supply fuel vouchers, but they’ll be reimbursed up to $1500.”

Families will contribute a flat rate of $500 per placement.

Lyn said most distance education centres in Queensland and the Northern Territory now had AHVISE coordinators, adding that if anyone in NSW needed help and the new organisation could fulfil the need, it would.

While not many families are on the books yet, she expected that to grow once the word was spread via the schools of distance education in the new year.

Most tutors will be retired teachers and will be working within the distance education system operated by each state or territory.

The angel system, often the non-teaching partner of the visiting tutor, still remains in place to support family needs outside the schoolroom, whether it be helping around the house, with a younger sibling, or on station work.

“Lots of people on the land don’t like to admit when things are tough, and they are some of the proudest and most resilient people in Australia,” she said.

“But sometimes they need our help. Aussie Helpers stays in touch with thousands of farming families around Australia to ensure their wellbeing and survival through good and bad times.

“We encourage families to get online and register now so   placements can start to flow where help is needed.”

The AHVISE website is the best starting point for people interested in being part of the new Aussie Helpers Volunteers for Isolated Student Education scheme.