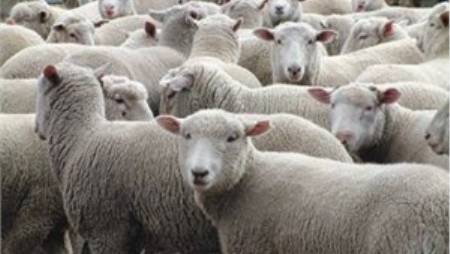 ON THE RISE: Australian and New Zealand producers are capitalising on US sheepmeat consumption levels not seen since for almost 20 years.

Imports have captured almost all of the increase in US lamb consumption.

RAPIDLY rising demand for lamb in the US is proving a major benefit to Australian and New Zealand producers as sheepmeat consumption levels rebound to levels not seen since for almost 20 years.

Len Steiner, a US-based economic consultant to the food industry, told the MLA’s global briefing in Brisbane on Monday that US domestic production was continuing to slide, creating significant opportunities for the world's two major sheepmeat exporting nations. 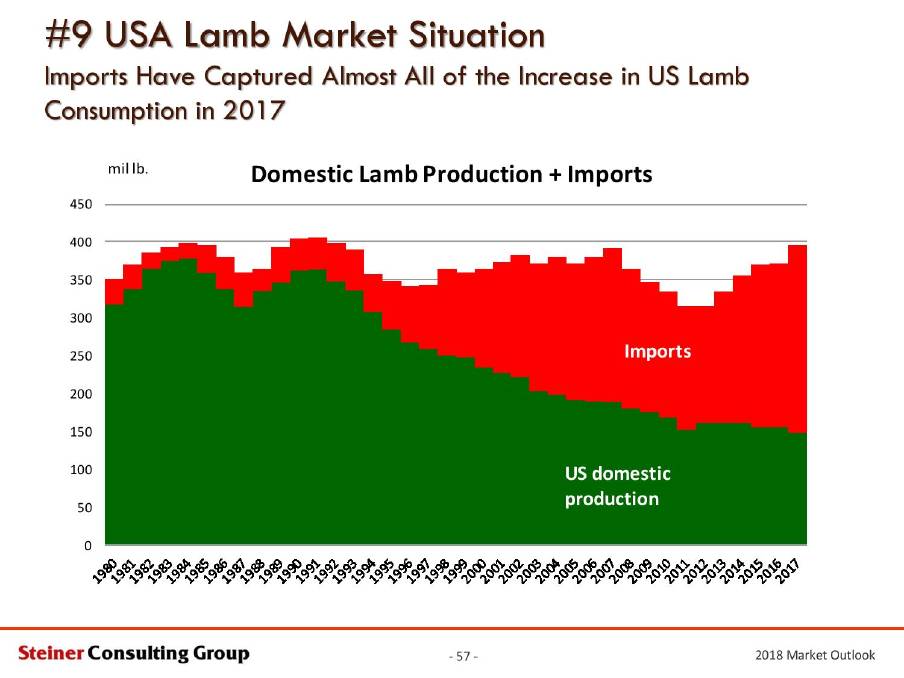 OPPORTUNITY KNOCKS: Imports have captured almost all of the increase in US lamb consumption. Graphic - Steiner Consulting Group.

The figures are particular encouraging the sheepmeat industry given the 323 US population is consuming on average little over 1kg of lamb a year. That compares to stable 9.5kg average in Australia over the past five years.

MLA is now gearing up for its major Australia Day promotion, which has very successfully attached lamb to the national holiday on January 26.

CLICK HERE to read about the American lamb industry.