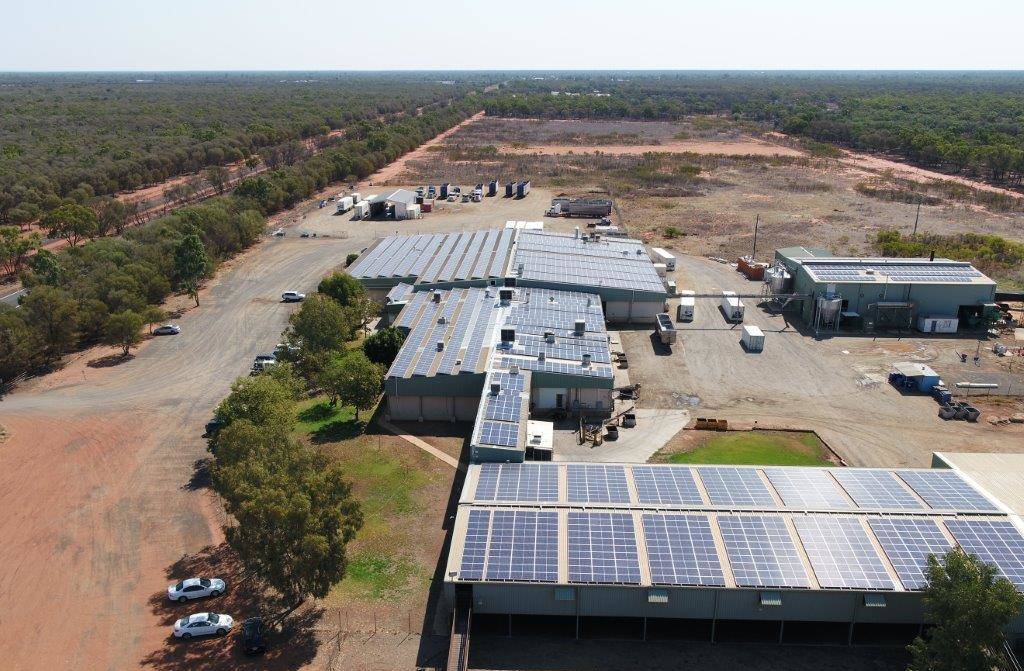 An aerial view of the solar panels on top of the Western Meat Exporters complex at Charleville.

Rising energy costs are a major threat to the profitability of the meat processing business, but one of Australia’s most remote operators is showing the way in turning that around, using what many would see as a disadvantage – the hot sun – and installing one of the largest solar systems of its type in the country.

Rising energy costs are a major threat to the profitability of the meat processing business, but one of Australia’s most remote operators is showing the way in turning that around, using what many would see as a disadvantage – the hot sun – and installing one of the largest solar systems of its type in the country.

The 2197 new solar panels gleaming across every spare inch of the Western Meat Exporters roofing at Charleville cost over $1.4 million to put up but the company’s managing director, Campbell McPhee, expects to recoup the cost within five years.

The price is less than the plant’s annual electricity bill and Campbell expects the state-of-the-art system to reduce that overhead by 30 per cent.

“Energy prices were really affecting us,” he said. “There’s no competitor out here, and as such a large user, we had to look at alternatives.”

Solar was the obvious choice and Israeli ingenuity delivered the answer that the extremely high use operator, in a hot and dusty environment, needed.

According to project manager, Anthony O’Connell, Metro Solar, the system commissioned last week at Charleville has proved its worth in the harsh desert environment of the Middle East.

“The system here is large,” he said. Large in this terminology equates to 756KW, or the equivalent of power for 252 homes, but absolutely essential to run the blast chillers needed in the hot climate of western Queensland. 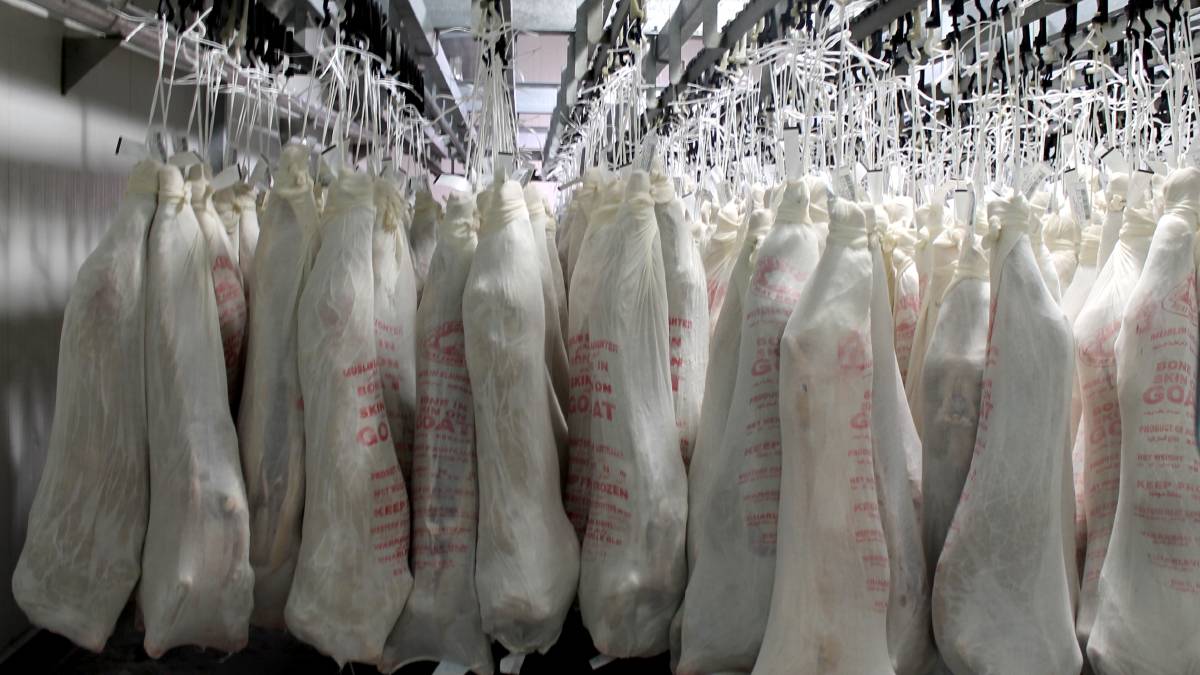 A lot of cooling power is needed to cope with the sheep and goat throughput at the Western Meat Exporters plant in Charleville.

Unlike normal solar systems, the panels are designed to operate independently, so that if one is shaded, or covered in red dust, the others are still pumping out power.

As a result, Western Meat Exporters is reducing its dependence on grid power in the daytime, and hopes that within the next four years that battery storage technology will be advanced enough to make good use of.

The initiative has been wholly privately funded. Campbell said they had spoken with the Australian Renewable Energy Agency but were unable to get any assistance for a solar farm.

“They were more interested in new and emerging technology.

“Our power bill was moving faster than the government does, so we took the initiative and did it on our own.

According to the Australian Meat Industry Council, a number of its members have been engaged in installing new infrastructure and upgrading existing systems to reduce energy costs.

Policy and advocacy manager, Robert Barker, said members were telling him they were facing gas and electricity prices some $500,000 more from 2019.

Its energy policy paper calls on governments to recognise that energy is an essential input, and says profitability of the energy generator and supplier must not compromise the ability of businesses to operate, particularly where there may be significant flow-on effects to the community, such as in rural areas where meat processors are the major employer.