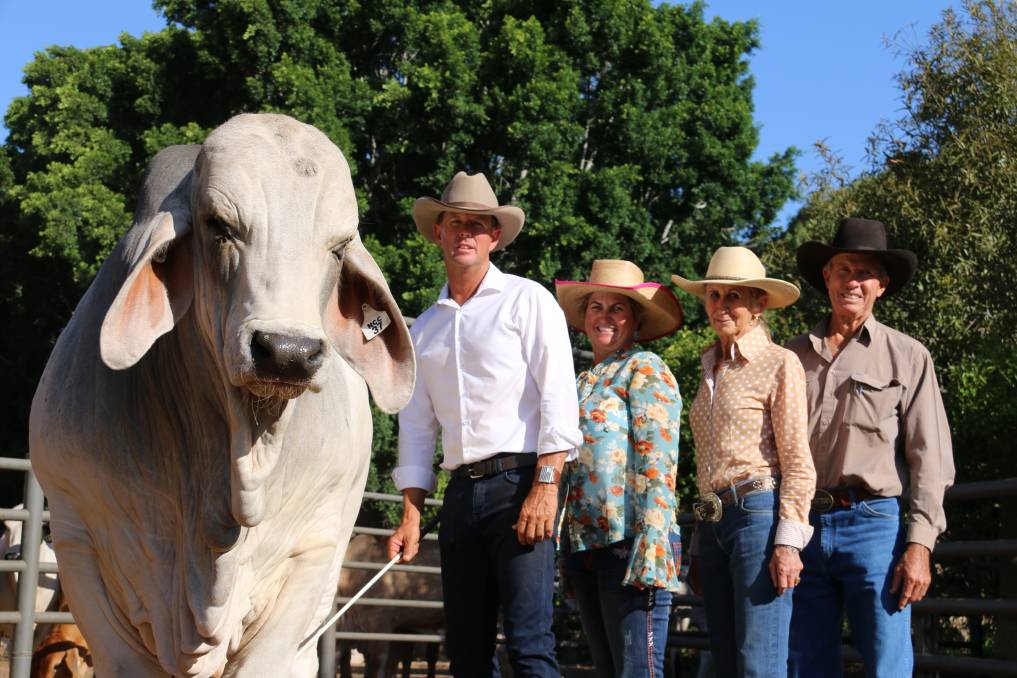 Just as the excitement of the annual NCC Brahman bull sale began to calm around the ring, NCC Justified bull entered the ring and in a very short time-frame raised $150,000 price tag with bidding finally stopping at an Australian Brahman breed and beef cattle record auction price of $325,000.

Long standing Brahman breeders, Roger and Lorena Jefferis, Elrose Brahman Stud, Cloncurry and family secured the young sire who certainly was the complete package according to many cattle producers at the sale.

“We are extremely happy with being able to add this standout Brahman stud sire to our herd,” Mr Jefferis said.

Interestingly it was in 2006 the Jefferis family’s Elrose Brahman Stud were the underbidders on the previous Australian record Brahman bull sold at auction, Lancefield Burton Manso, who held the high price of $300,000 until this Tuesday’s NCC Brahman bull sale.

The stands were packed and with recent rain all eyes were on the NCC Brahman bull sale to await what outstanding results could be achieved on the day.

Attendees were not disappointed at Brett Nobbs annual bull sale near Duaringa with the second lot in the ring, NCC Chevrolet starting the day with an amazing $120,000 result straight up and finding a new home with Owen and Lee Scott and family, Ruan Grazing,Clermont.

Chevrolet was by the iconic Brahman breed legend JDH Mr Elmo Manso (imp US) and was chased by many stud breeders looking to secure this guaranteed herd improver to their genetic repertoire.

The Scott family recently purchased the highest price bull at Brahman Week from the Kirk family’s Carinya Stud, a Carinya Hazelwood 6/614 who was a son of NCC Sugarwood (AI) (ET) (H). 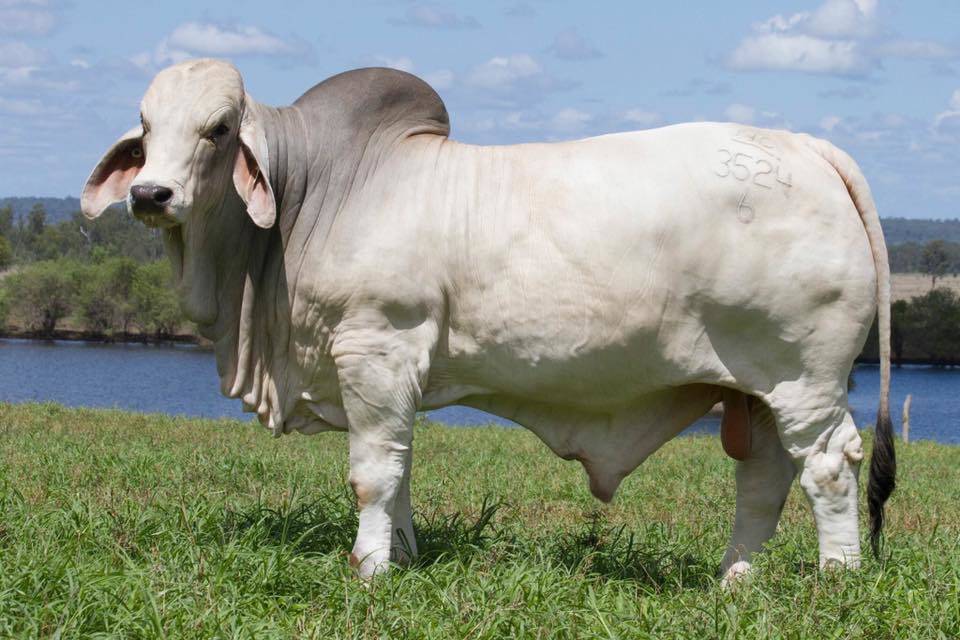 The strength of the sale just kept continuing with $90,000 being reached twice, the next being NCC Red Regal the pink nose Red Brahman finding a new home with the Stewart and Stephanie Nobbs, Yoman Stud, Moura.

Demand for quality genetics continued into the female section of the sale where the North Queensland Cattle Consortium made up of young enthusiastic young brahman breeders including Peter and Moriah Chiesa, James Kent and Lawson Camm took home NCC Dienka 3652 (IVF) for $45,000. Full report in next week’s QCL.