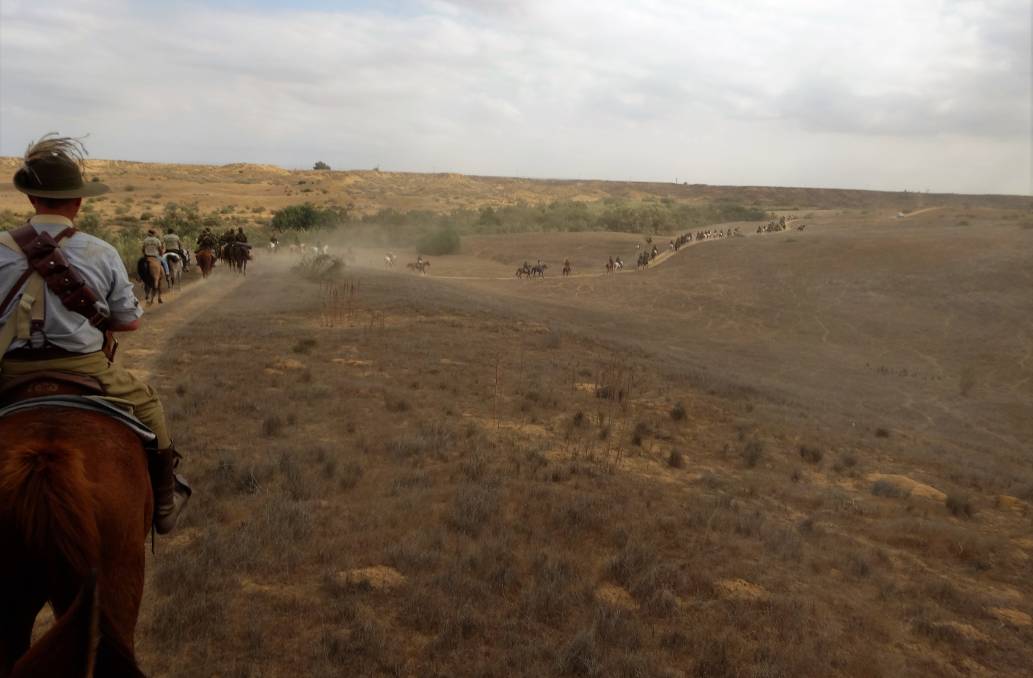 Remembering the past: Just as they did 100 years ago, Australian Light Horse troops have been stringing out across the Negev Desert on their way to a re-enactment of the famous charge of Beersheba. Picture: Sally Cripps.

The Australian Light Horse troopers in Israel ahead of the centenary celebrations of the world's last great military charge have been warmly mention.

“G’day Aussies” and “welcome to our country” were among the cheers from the hundreds of Israelis lining the roads and running through the paddocks as the Australian Light Horse Association passed by their homes over the weekend.

It’s been a rousing reception for the 96 Australian and three New Zealanders taking part in the In the Steps of the Light Horse event in Israel ahead of the commemoration of the centenary of the Light Horse charge at Beersheba that was pivotal in turning the fortunes of the first World War in favour of the Allied forces.

The international event in the southern Israeli city of Beersheba is expected to be attended by the Prime Ministers of Israel, Australia and New Zealand, to mark the significant Australian victory in the war. Tents set up as the In the Steps of the Light Horse tour settles in for a night time camp as it recreates the march of the first World War soldiers who went before them.

Central to the day’s events will be the Australian Light Horse Association troop that has just completed a three-day trek through the swirling dust of the Negev Desert to pay homage to the soldiers that went before them.

From all states of Australia and across the ditch in New Zealand, the riders in their slouch hats have been spreading the message that the Anzacs are back.

Apart from the desert trek that mimicked that of the strategists of World War One to capture Beersheba, the Australian Light Horse Association has swept through Israel on a mission of goodwill and exploration, remembering the fallen at a variety of locations.

It all culminates on Tuesday when the last great military horse charge is recreated.