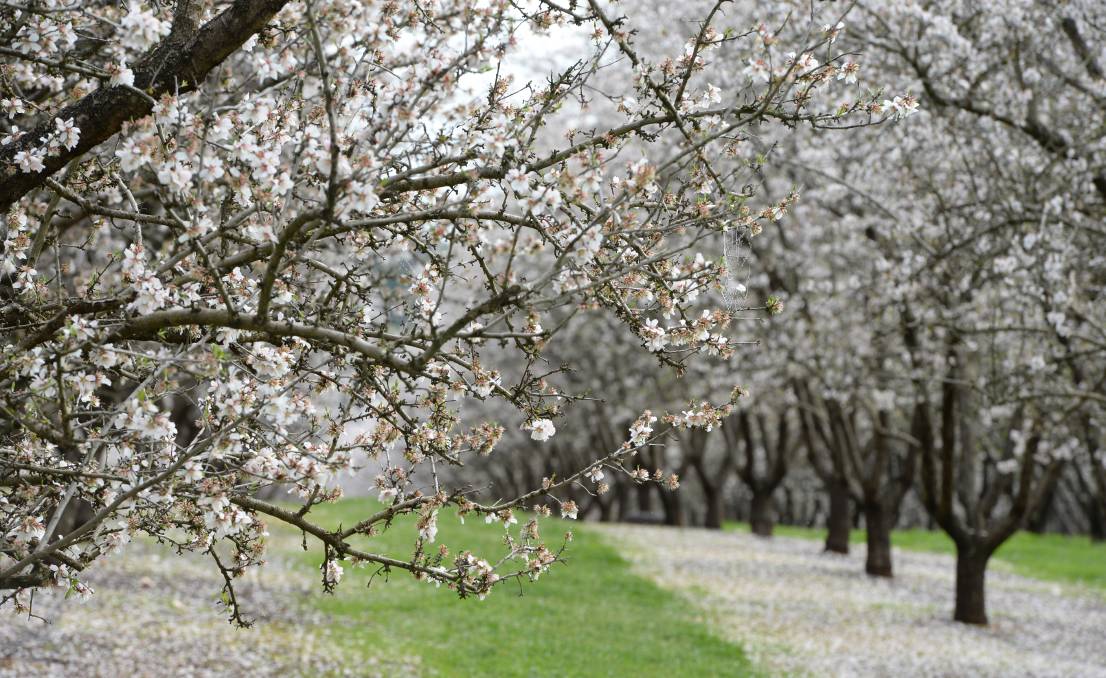 Select Harvest has more than 7000 hectares of almond plantations likely to deliver about 15,800 tonnes of crop next year.

Australia’s biggest almond business is worth $5.85 a share according to Arab suitors, but local shareholders are being offered shares at $4.20.

Select has already placed 10.7m new shares worth about $45m with institutional investors.

It will offer more shares worth about $20m to existing shareholders in the Victorian-based orchard operation – Australia’s biggest almond business.

The new share purchase price is $4.20, or possibly less for existing shareholders, which is well below the $5.85 suggested last month by the United Arab Emirates’ sovereign investment arm, Mubadala Investment Company in Abu Dhabi.

Select has just confirmed it rejected the “indicative” offer outright and has not heard from Mubadala since.

That indicative proposal valued the business at $430.6m, but Select said at this stage it was no position to provide due diligence or engage with Mubadala.

News of Mubadala’s valuation of its nut business sent Select’s share price jumping 20 per cent to more than $5 a share in early trading this week.

Details of the Arab fund’s approach were explained in a company update released to support by Select Harvest’s bid to raise up to $62.5m to prune its debt in half to a gearing ratio of about 24.4pc.

Ordinary shareholders will be offered the right to buy up to $15,000 worth of new shares each priced at the lesser of $4.20 or 2pc below the volume-weighted average price of Select shares on the stock market in the week before the offer’s closing date, November 3.

The offer price is about 40pc below Mubadala’s theoretical valuation.

It is possible Mubadala may revise its indicative proposal or withdraw, but to date no revised proposal reflecting a higher headline value has been received. - Paul Thompson, Select Harvest.

A statement from Select Harvest said a number of quantitative and qualitative factors were considered by the company and its advisors as the indicative proposal was considered, but the board concluded the offer significantly undervalued the company.

Among the factors the company considered included potential risks associated with regulatory approvals involving an overseas buyer and the significant and disruptive due diligence costs associated with responding to an “indicative proposal”.

The company is also concerned the opportunistic offer did not adequately recognise a third of the company’s orchard plantings are yet to come into full production, or the promising market outlook for almond crops in the next five years.

Any offshore takeover bid for Select Harvests’ farms would require the approval of the Foreign Investment Review Board and federal Treasurer Scott Morrison.

“It is possible Mubadala may revise its indicative proposal or withdraw, but to date no revised proposal reflecting a higher headline value has been received,” said managing director, Paul Thompson.

Select Harvest has more than 7000 hectares of almond plantations based on plantings in the Murray Valley, about half of which are on leased properties.

They yielded about 14,100 tonnes last year and will “theoretically” deliver about 15,800t next year.

By 2024 the company expects to have lifted its production by 53pc on current season output to 21,600t.

Select told the Australian Securities Exchange market fundamentals for almonds remained strong with global consumption growing and US sales up 16pc in the past year, despite increased production.

However, the company’s share price has slumped in the past two years, after hitting a $13.48 peak, as a rising Australian dollar chewed into export earning margins and its debt load doubled to more than $145m in 2016-17.