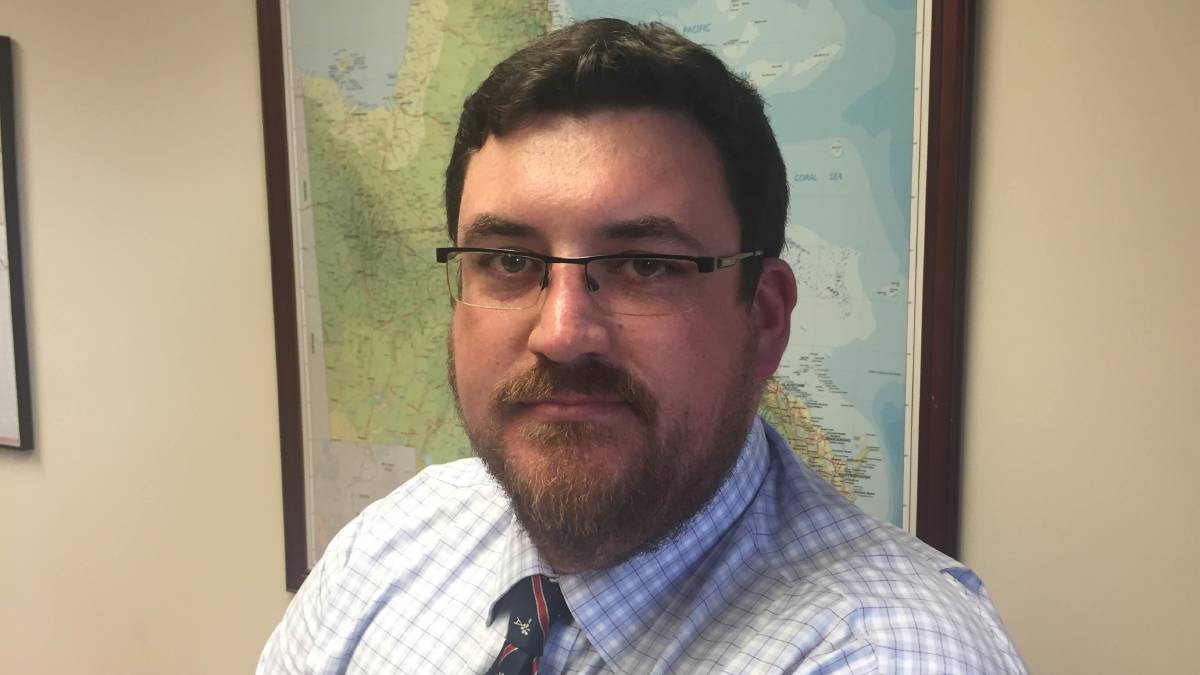 GREEN PRESSURE: Labor is about to lower the boom on Queensland’s farmers and landholders says Andrew Cripps, the opposition spokesman for natural resources and northern development.

Labor is about to lower the boom on Queensland’s farmers and landholders says Andrew Cripps.

IN May I authored an opinion piece titled – The Rank Stench of the WWF. The article sought to warn Queensland’s farmers and landholders of the aggressive attack that was about to be launched against them by the Palaszczuk Labor Government and the extreme Greens.

I warned that the innocent sounding discussion paper being circulated – ‘Enhancing regulations to ensure clean water for a healthy Great Barrier Reef and a prosperous Queensland’ - was in fact another calculated move to undermine the viability of Queensland’s agricultural sector.

Originally imposed on the sugar and beef industries in the Wet Tropics, Burdekin and Mackay/Whitsunday catchments by the Bligh Government in 2009, the Palaszczuk Government now wants to expand the reef regulations to include the horticulture and grain sectors.

Labor is about to lower the boom on Queensland’s farmers and landholders. - Andrew Cripps

Not only will these regulations get tougher, they will be extended into the Fitzroy and Burnett/Mary catchments, as well as the east coast of Cape York. This is despite a 2009 commitment by then Environment Minister Kate Jones that Labor would not take either of these actions.

We have seen a calculated charm offensive from the Palaszczuk Government in recent months. You see, Labor is about to lower the boom on Queensland’s farmers and landholders. The results of the reef regulations Consultation Regulatory Impact Statement (RIS) are in.

Labor has done a deal with the extreme greens ahead of the coming state election and to secure Green preferences, Palaszczuk and Trad will once again betray Queensland’s agriculture sector for political gain.  As such, they have been busy softening up their targets.

The projected costs of the Palaszczuk Government’s preferred model of increased regulation and compliance as outlined in the RIS, is a staggering $853 million in the first 10 years. Of this, about $16m – or $2.5m per year, would be to the government itself.

That’s taxpayers’ money being used to take a heavy handed approach to regulating farmers and landholders. Amazingly, this leaves almost $837m – or $128.5m per year - in costs to be borne by the agriculture sector and other associated industries in Queensland.

This scandalous proposal would be a serious burden on family farming and associated businesses through the supply chain. In short, Labor proposes to build in a fixed overhead cost to the agriculture sector of about $128.5m every year, for at least the next decade.

For what it’s worth, the RIS projects total estimated benefits to Queensland of about $356 million over the same period. That’s a massive deficit of $497m - a half a billion dollar black hole of lost production and lost jobs that will been worn squarely by regional communities.

The RIS carries estimated one-off and annual costs for average sized farms and properties in the various target catchments. For the individual farm businesses involved, the figures are eye-watering – up to $180,000 in upfront costs and up to $40,000 in ongoing costs.

The projected benefits of these increased regulations do not accrue to the agriculture sector. Rather, the tourism and fishing industries will supposedly benefit from this assault on the viability of Queensland’s farmers and landholders, at some time in the future.

The Palaszczuk Labor Government is pitting one vital sector of the Queensland economy in these regions against another.  According to the RIS, the $6.2 billion agricultural sector employs 20,000 people, while the $3.9 billion tourism and fishing industries employ 33,000 people.

I hope tourism operators and those who like going fishing are aware that, when they are finished with the farmers and the miners, the extreme greens will come for them next.  Their relentless ideological campaigns will never stop.  Can you smell the WWF yet?

- Andrew Cripps, is the opposition spokesman for natural resources and northern development.