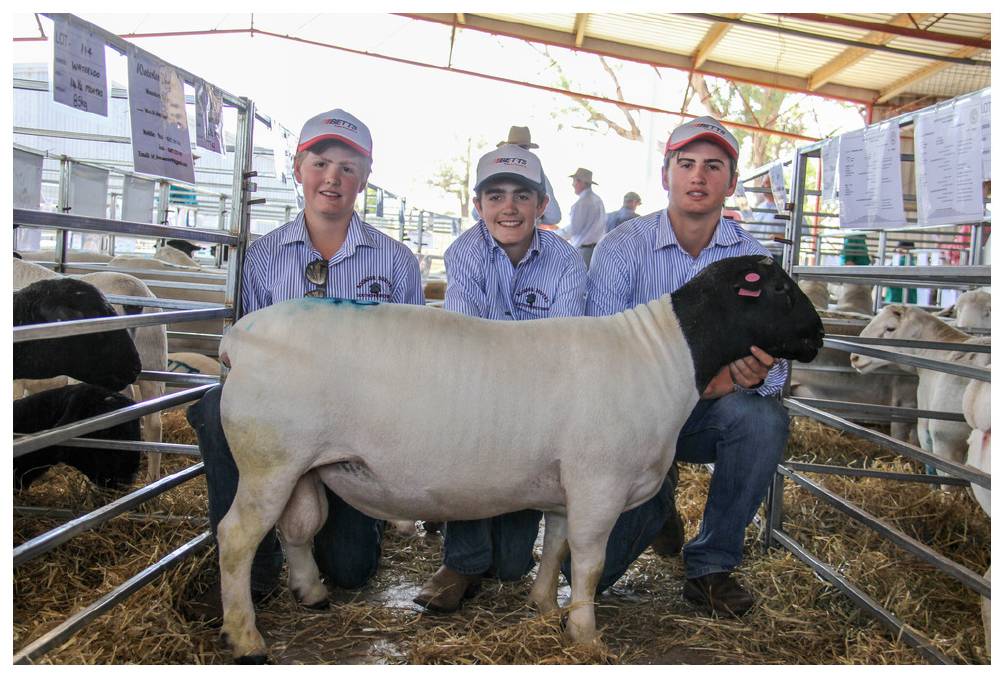 Check out the results from the Queensland Multi-vendor Dorper and White Dorper Ram and Ewe Sale in St George recently.

THE Southern Brothers, Boonoon Dorpers, Weengallon made an impressive debut in the stud ram selling arena when they topped the Queensland Multi-vendor Dorper and White Dorper Ram and Ewe Sale in St George last Friday.

Warwick, 16, Sam, 14, and Mitchell, 12, offered two Dorper rams at the sale, walking away with first and second top price honour.

Their second ram, Boonoon 160021 Richie, then went on to sell for $2200 and was brought by the Kirkby family, Amarula Dorpers, Gravesend, NSW. 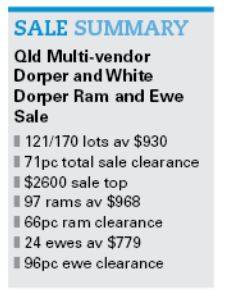 Results from the sale in St George.

The trio’s parents, Paul and Melissa, run about 5000 commercial White Dorper ewes on their 8000 hectare property but about three years ago the boys decided to establish their own stud and flock of Dorpers.

They currently have about 100 stud ewes.

Happy’s mother, Amarula 144506, was purchased from the Kirkby family in lamb to Niemur 140182 and later had Happy.

Stud co-principal Warwick Southern said the money would probably go towards paying back some debt they owed their parents.

He said he couldn’t believe the results.

The top price ewe was Amarula 166059, offered by the Kirkby family, Gravesend, NSW, and purchased by Joe and Rachael Kopp, Ululah Park Dorpers, Kingaroy for $2100. 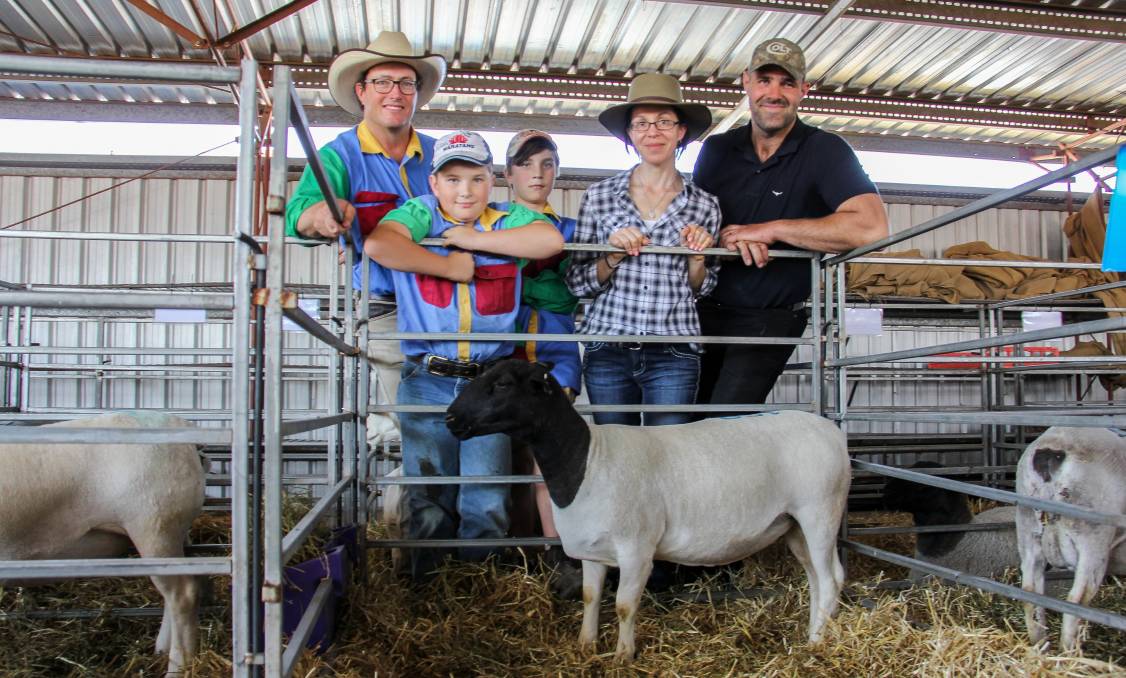 The 13-month-old daughter of Gunbar Dorpers 140081 was joined to Amarula’s “next up and coming sire” in Amarula Coolaminya.

Amarula co-principal Lorroi Kirkby said females were the heart and soul of their operation and the top price ewe was a typical Amarula ewe.

“You have got to have really nice feminine ewes to breed you really masculine rams, not the other way round,” she said.

“Our ewes sell well because we sell ewes we want to keep and people know that and that’s why they keep coming back. She was one of my picks...just for that length of body and she has got room to fill in.”

Her new owners, Joe and Rachel Kopp, have about eight hectares of land and just finished selling off 40 of their commercial lambs to focus on the stud industry.

Mr Kopp said they were passionate about pushing the Dorper brand and breeding a lean meat product that appealed to the current health conscious market. They also purchased Amarula 166040 for $1900.

“We are small but we are focused on quality,” he said.

“We have done cattle but these are easier to manage and this breed does well on drought conditions.”

The sale began with the first lot, BaseCamp 150171, offered by vendor Andrea Weiss, BaseCamp, Kogan, who donated all of the proceeds of his sale to Beyond Blue. 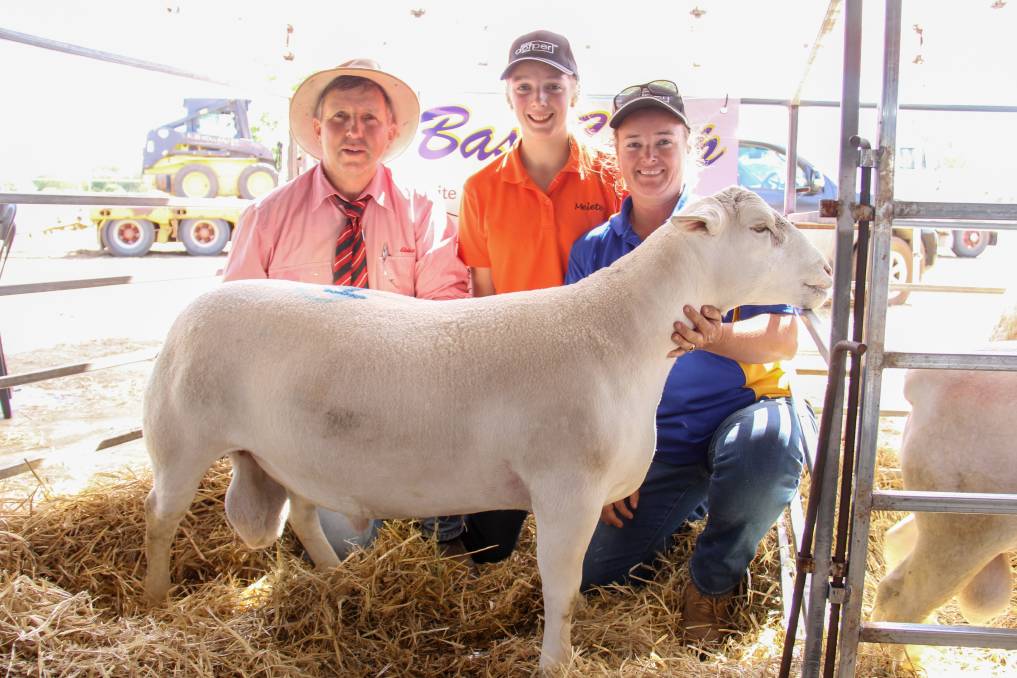 He was purchased by Lawrence, Linda and Edna Springborg for $1500 and was the top price White Dorper Ram.

The Springborg family run about 300 commercial ewes on their property at Kettles Forest, Yelarbon and purchased a total of three rams averaging $1083.

Bulk buyer on the day was the Jukes family, Morven, who purchased 18 rams.