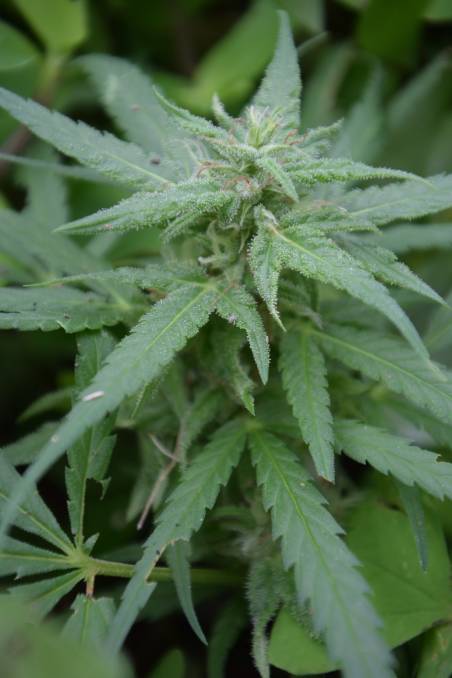 A plan to grow medical marijuana under glass at Casino has the potential to net a billion dollars in a few years time.

Can Cannabis come to Casino? Absolutely, if it is meant to eat, as a low Tetra Hydro Cannabinol product. But an industry insider says high THC medical marijuana is a different kettle of fish. After last week’s announcement by Canadian company, Puff Ventures Inc, there has been much talk regarding its plans to unite with Richmond Valley Council in developing a billion dollar a year business that will employ 300 people on 27 hectares of council-owned land.

Is it just pipe dreams? After all, Puff’s partner, AAA Heidelberg, must receive a federal licence from Health Canada to produce medical cannabis or the deal is dead in the water.

Despite the hype, legalising marijuana will never be easy, says industry pioneer Andrew Kavasilas, Nimbin via Lismore. It happened in Colorado through a people’s referendum – not a government one. However that tool is unavailable through Australia’s constitution.

While Canada appears to support medical cannabis as an industry Mr Kavasilas says successive Canadian governments have refused to embrace the notion of pot as a panacea. Here in Australia there is much less support. In fact, he says governments across the globe will remain reticent to allow medical marijuana into the open.

“It’s a UN issue, not federal or state and certainly not a local government decision,” he said.

There is, however, an immediate future in hemp seed which will be legal to sell after November 12. This was approved by Food Standards Australia and New Zealand back in April with time allowed for regulators to get up to speed.

The biomass by-product (up to 2.5t/ha) is a terrific soil conditioner when ploughed back in but will no doubt gain commercial value as the industry matures. As for fibre, Mr Kavasilas has doubts about that industry in Australia where there is no manufacturing ability, as there is in the Nederlands, Germany and Switzerland.

“Australia is just so far behind,” he says.

Mr Kavasilas’ company Vita Hemp is working with a handful of growers in Victoria, New South Wales and Queensland growing a variety of seed. After November 12 the industry will begin to ramp up in Australia, against a tide of cheaper foreign imports, with the crop working well in rotation with winter legumes, or as a substitute for soybeans in summer, with hemp enjoying black or red soil and a bit of moisture.

“It can handle less than some crops but it is far from being a super plant,” admitted Mr Kavasilas.

Farmers wanting to grow hemp seed will need to form relationships with certified seed suppliers, like Mr Kavasilas who has contracted growers in Victoria, New South Wales and Queensland through VitaHemp, now majority owned by mining speculator Queensland Bauxite Ltd, which saw its shares spike from under a penny to  three cents after the purchase of Vita Hemp and its medical marijuana sister company last March. Its shares have since dropped by more than half.​

Cannabis is trying to come to Casino in the form of a monstrous hydroponic LED-lit ‘greenhouse’ that is predicted to turn over a billion dollars worth of produce when the facility is in full swing.

Richmond Valley Council has welcomed a proposal put forward by Vancouver company PUF Ventures through its majority-owned subsidiary PUF Ventures Australia, to construct a one million-square-foot greenhouse, 9.3 hectares, for for the cultivation, production and manufacture of medical cannabis and associated products in Casino.

Touted as the “largest medical cannabis facility in the southern hemisphere”, at full scale it will have the capacity to support annual production of 100,000 kilograms of high-quality cannabis, which equates to an associated annual revenue generation potential of between $800 million and $1.1 billion, based on current pricing metrics in the Australian cannabis marketplace.

Big as they come

The size of the ‘glass-house’ would be equivalent to Guyra’s tomato facility owned and operated by Costa.

The next largest facility near Casino is a single hectare greenhouse growing supermarket herbs at Caniaba, in the direction of Lismore.

If approved, the cannabis farm would be established on a council-owned parcel of land, 27ha, in North Casino. As an incentive to attract PUF Ventures to Casino, Richmond Valley will provide the land for five years at no cost, with an option down the track for the company to purchase.

According to PUF Ventures’ PUF Ventures Australia CEO Michael Horsfall, by cultivating small batches of high quality cannabis at high margins, the company ‘strongly believes’ in success. “However, I also understand that as the industry matures, production scale and efficiencies will drive the global cannabis market and therefore larger scale, lower cost producers will climb to the top, he said. “This is a fantastic opportunity to position our Company as one of the first producers in the nascent Australian cannabis market."

​While the cannabis market is in its infancy in Australia, we are confident the Richmond Valley project will make a significant difference to a local economy,” he said.

“Our core strategies align with that of government and this will enable us to access a range of local support and initiatives from both Federal and State governments now and into the future.”

When the farm and production centre are up and running, the production of cannabis oil will not only benefit Australians with a medical condition but could also bring future export opportunities.

“The council is excited by the prospect of working with an international company like PUF Ventures Australia to support the development of this important new industry,” said Richmond Valley General Manager Vaughan Macdonald. “It’s a game changer.”

Mr Macdonald said the proposed cannabis project would significantly add to the Richmond Valley’s gross regional product, and was expected to create around 300 direct new jobs into the local economy.

He said the proposed project would go a long way to meeting Council’s commitment to reduce unemployment through economic development, and improve the prosperity of our community.

Richmond Valley Mayor Robert Mustow said the council was always looking for employment opportunities, and would be supporting the cannabis concept for Casino.

While the project was still subject to Federal Government approvals, in particular from the Office of Drug Control, the council would be doing all it could to make sure the project got across the line.

“This is an amazing opportunity for Casino and the Richmond Valley, which already has the natural advantage in agriculture,” Cr Mustow said.

PUF Ventures (www.puf.ca) Incorporated owns a majority interest in AAA Heidelberg, a private Ontario company that is an advanced applicant for an ACMPR license from Health Canada.  The Company has an option to acquire the balance of shares to own 100% of AAA Heidelberg Inc. upon receipt of the ACMPR license. Through an exclusive joint venture agreement with Canopy Growth Corp., the Company will join CraftGrow, a collection of high-quality cannabis grown by a select and diverse set of producers, made available through the Tweed Main Street website. While it cannot guarantee nor estimate the timing of the issuance of a license to AAA Heidelberg Inc. it is management's goal to become a leading supplier of medical marijuana in Canada.

Weed Points Loyalty (formerly Vapetronix Holdings), a wholly-owned subsidiary of PUF Ventures, is in the process of developing Weedbeacon, a marijuana vape tracking technology and associated technologies.  Weed Points Loyalty also endeavors to serve as the first loyalty program that targets the emerging cannabis market by leveraging the use of technology and expertise of its management team to create a platform that will allow producers, patients, and consumers to interact and define the future face of cannabis commerce.

The story Pot plan a puff of smoke first appeared on The Land.