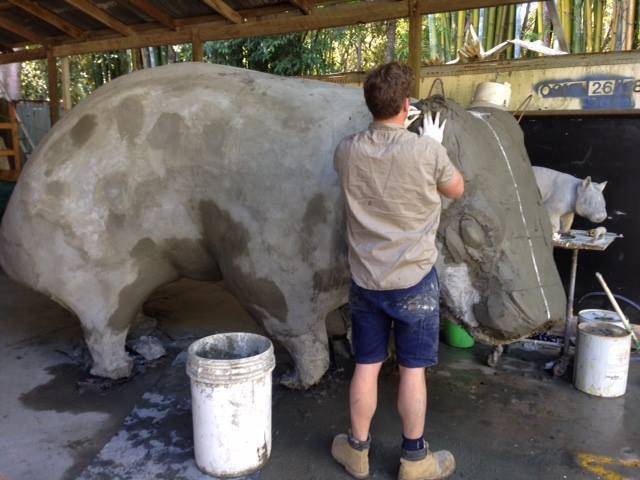 William the Wombat being constructed in Brisbane. Picture: Wombat Foundation

Find out where in Queensland you can visit this giant wombat statue.

FIRST it was painted grain silos, now the town of Thallon has established another tourist attraction.

The community is installing a 2m high and 3.5 m long statue of the critically endangered Northern Hairy-nosed Wombat to reinvigorate the local economy and prove a drawcard for tourists.

The idea to create the statue, known as William, came out of a community meeting in 2015 when locals brainstormed ideas to reinvigorate the town following years of drought, loss of services and population decline. 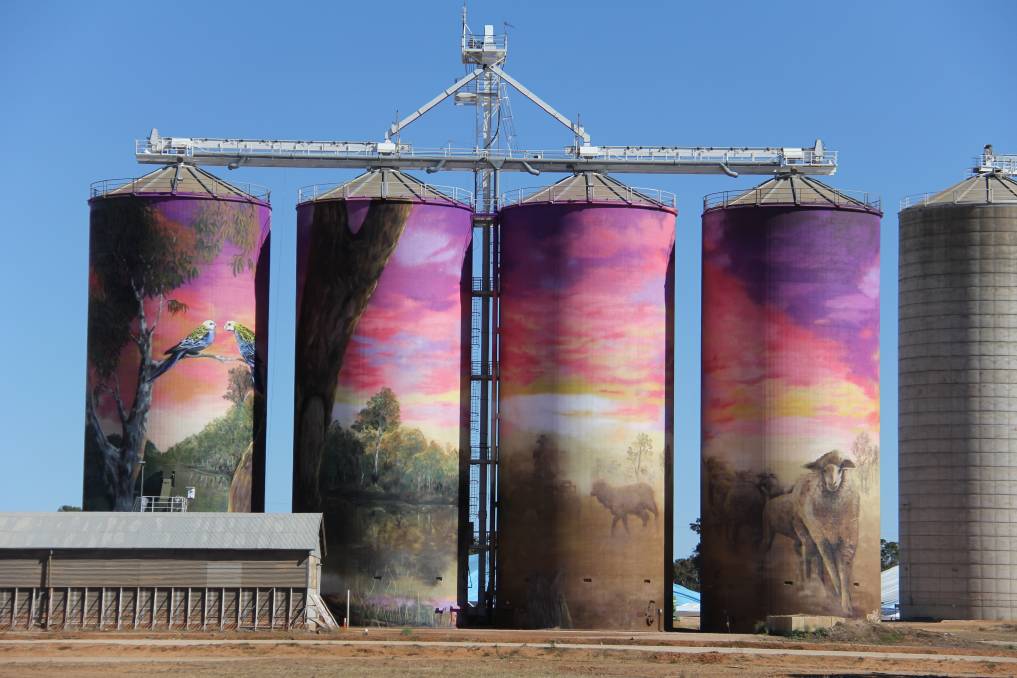 The Thallon silos proved a popular visitor attraction when they were launched earlier this year.

The town has a special connection to the Northern Hairy-nosed Wombat with some of the earliest specimens found in the area.

Thallon Progress Association spokesperson Leanne Brosnan said the project was about raising public awareness to bring Northern Hairy-nosed Wombats back from the brink and doing the same for Thallon after suffering many years of drought.

William the Wombat was constructed by Nature Works in Brisbane and arrives in Thallon today about 10am.

Western Sydney University will also be supporting William’s journey by lending the use of its WomSAT online tracking system.

Associate Professor Julie Old, from the School of Science and Health at Western Sydney University, said WomSAT was a research tool that allowed everyday citizens to get involved in conservation efforts by reporting wombat sightings.

“William will be fitted with a radio collar, so that anyone who is interested can login to WomSAT and track his progress to Thallon,” she said.