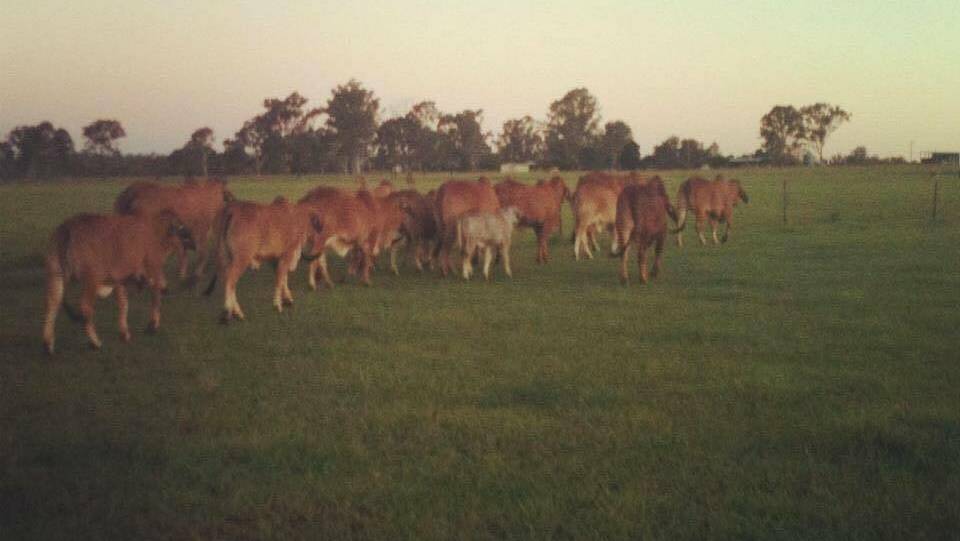 Some of the Brahman cows and calves owned by Brooke Dingle which have been seized by trustees of the bank which declared her father bankrupt.

The daughter of a Wide Bay Burnett cattleman, who was evicted and allegedly forced into bankruptcy, has had the stud Brahmans she bought from her parents seized by bank trustees.

THE daughter of a Wide Bay Burnett cattleman, who was evicted and allegedly forced into bankruptcy, has had the stud Brahmans she bought from her parents seized by bank trustees.

The 14 stud Brahman cows and calves are set to be sold, despite Brooke Dingle offering evidence of her full ownership.

The females were originally purchased by Ms Dingle’s parents but were bought by Ms Dingle who was the registered owner with Australian Brahman Breeders Association since March 2014.

Her parents, who don’t wish to be named, were evicted from their 427 hectare irrigated property on September 9 2014.

The property was valued at $1.3 million but the family took the Bendigo and Adelaide Bank to court over alleged undersale of the value of the property when it was sold for $590,000.

The family admit they had arrears (owed money) but argued the sale of their water allocation should have kept them on the land. 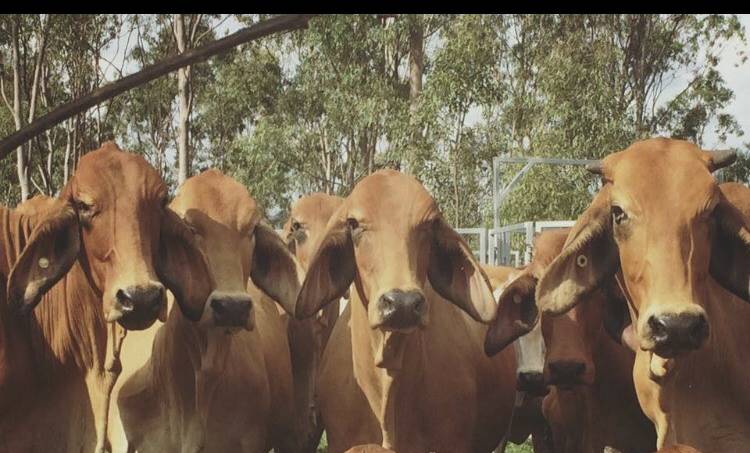 Brooke Dingle said her future in the cattle industry has been taken away from her.

They didn’t have enough funds to pursue their claims in court long enough and were declared bankrupt.

The trustee began pursuing Ms Dingle’s father for charges generated and have now taken assets from his children.

While checking the cattle on agistment a few weeks ago, Ms Dingle and he mother found the cattle locked in the yards and were loaded on to a truck the next day for a Toogolawah feedlot.

Ms Dingle said she provided evidence of ownership to the trustee, including cattle registrations and bank transfers, but was told the documents were “unsatisfactory”.

It is understood the trustee is no longer willing to feed the cattle and will sell them at a local saleyards. Ms Dingle said they weren’t cross branded and it was hard to find the reasoning behind it.

“I spoke to my solicitor this morning and they (the bank) have nothing other than the fact that Mum and Dad originally bought the cattle,” she said.

“The whole process is so one sided. Even if you had all the money in the world, if you went back through court, I don’t see you ever winning a case against them.

“Everyone is on their side. The average farmer has no rights. My livelihood is going on Friday, my future is going.”

“It is the trustee who seeks out the Estate assets and realises them,” it read.

“This occurs so there is no conflict of interest among creditors (of which there will be more than the bank).

“More broadly, the bank does not prosper by having unsuccessful customers. If they succeed, we succeed.”

Ms Dingle’s father said he wanted families to be aware not just the bankrupt person’s assets were vulnerable.

“$1 arrears gives potential for anybody to do anything,” he said.

“How often do you go to the saleyards and you see cattle marked out with a family mark out but it will be the station brand identified only by a tag?”