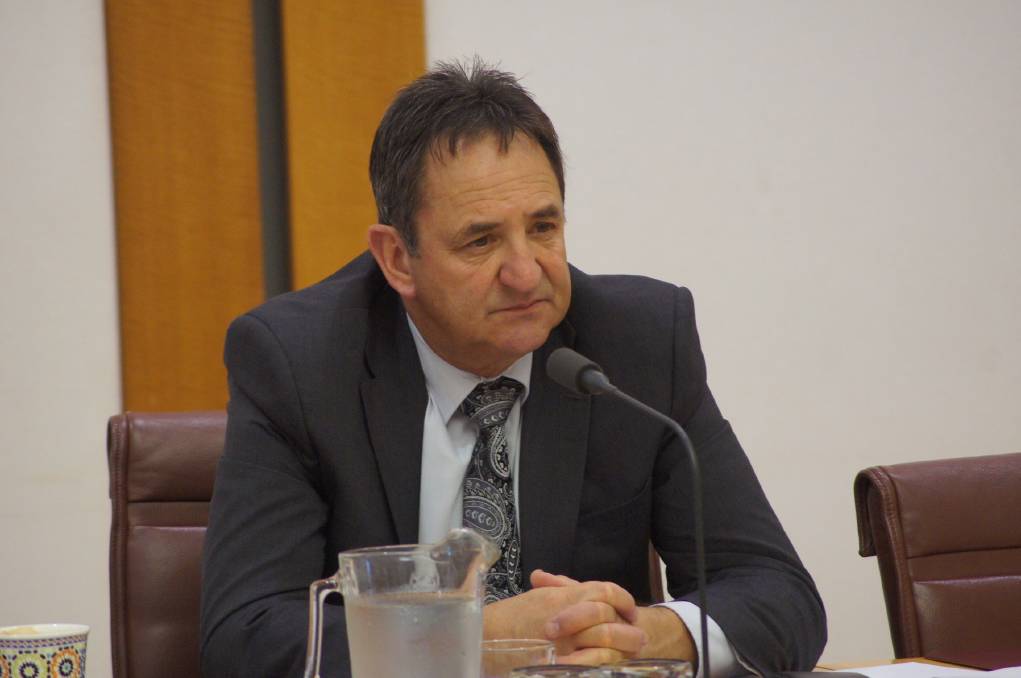 ​Another inquiry will be held into allegations of water theft and corruption linked to the Murray Darling Basin Plan, as raised by Four Corners.

ANOTHER inquiry will be held into allegations of water theft and corruption linked to the Murray Darling Basin Plan and agricultural production raised by last month’s ABC’s Four Corners program “Pumped”.

It’s understood the RRAT Committee inquiry was driven by efforts to thwart moves to hold another Upper House examination, with more stringent terms of reference, that was being pushed by Greens SA Senator and water spokesperson Sarah Hanson Young, through the Environment Committee, which the Greens Chair.

However, it was eventually withdrawn and further back room negotiations, despite reluctance from the Coalition government, led to the RRAT Committee being approved yesterday, to hold the inquiry.

Details are still being settled but the examination is likely to be held in late October with central players from the Four Corners program likely to be called to give evidence.

Public hearings would be held throughout the Basin which would include the area in question along the Barwon Darling section of the river system in NSW where cotton production was in the firing line.

It is unknown whether ABC reporter Linton Besser would be asked to appear as a witness to give evidence at the Senate inquiry, about the program’s background and detail construction of the broadcast, as happened to Four Corners during the Senate inquiry into the Indonesian live cattle ban.

RRAT Committee Chair and WA Labor Senator Glenn Sterle said the new inquiry would be unlike other ones held by his Committee that had run for 18-months or so, to gather evidence and submissions on a particular topic of concern, to federal parliament.

“We want a very short, sharp inquiry into the allegations of water theft and corruption that were raised on Four Corners,” he said.

“I see it as being in the best interests of not only the people in the Murray Darling Basin like the irrigators, but all Australians, to take a closer look at these issues and hold an investigation.

“The allegations were very serious and no member of parliament could turn a blind eye to it; that’s why we’re holding this inquiry.”

The Senate inquiry is currently due to hand down its report by December 5, this year.

Agriculture and Water Resources Minister has already urged caution, saying the allegations are “just allegations” while stressing several other inquiries are being held already into the matters raised by Four Corners.

“These are allegations and have not been proved,” he said last week amid calls for a judicial inquiry with broad reaching powers to investigate and call witnesses.

An investigation is currently being conducted by experienced high level public servant Ken Matthews while a NSW bureaucrat linked to allegations raised by Four Corners has also referred himself to ICAC in NSW, Mr Joyce has pointed out.

ABC Four Corners presenter Sarah Ferguson introduced the Four Corners program by referring to “greed” and “plundering” of water in the Basin, related to farm production.

“More than a hundred years of greed, mismanagement and the plundering of one of Australia's most valuable resources was supposed to end five years ago with the introduction of the federal government's Murray Darling Basin Plan,” she said.

“Billions of dollars of taxpayers' money was committed in a hard won deal - to save the inland river system from the ravages of heavy agricultural use - particularly the thirsty work of irrigating the vast cotton plantations of northern NSW and southern Queensland.

“Tonight, we raise serious allegations about the way the plan is working, with accusations of illegal water use, pumping water from fragile rivers and tampering with metres.

“You'll also hear recordings of cosy backroom discussions between bureaucrats and the powerful irrigators the plan was supposed to manage.

“This investigation by Linton Besser reveals that far from saving the river, the implementation of the plan has helped create a financial windfall for a select few.”

The Auditor-General is also investigating compliance issues regarding water sharing in the Basin Plan and the Murray Darling Basin Authority is also conducting an independent review and investigation.

This week in the Senate Attorney-General George Brandis said the Australian government “takes very seriously” the allegations aired in the Four Corners program and “supports the vast majority of the irrigated agriculture industry that follows the rules”.

“The Deputy Prime Minister has indicated at all times that he takes the allegations of water theft very seriously,” he said.

“These are allegations that obviously need to be investigated.

“The Murray-Darling Basin Authority will undertake an independent basin-wide review into compliance with state based regulations governing water use.”

A spokesperson for Mr Joyce said the government supported transparency in the delivery of the Basin Plan so had agreed to an inquiry into these matters.

The spokesperson said five separate inquiries were now underway, plus the government had also agreed to a Senate order for the production of documents relating to the Four Corners allegations and the Barwon-Darling system “again demonstrating our commitment to the transparent and full investigation of these matters”.

“There has been incredible progress in the implementation of the Basin Plan over the past six months, particularly through the agreement of all Basin states to the Northern Basin Review recommendations and a package of SDL Adjustment measures,” the spokesperson said.

“It’s vitally important that any allegations of non-compliance are thoroughly investigated - but we also must continue to progress the Basin Plan to meet statutory timeframes and give Basin communities the certainty they deserve.”

Commonwealth-initiated MDBA review of compliance in the Basin

Senate inquiry into the integrity of the water market

The integrity of the water market in the Murray-Darling Basin, with particular reference to:

(a) the allegations of theft and corruption in the management of water resources in the Murray-Darling Basin,

(c) the actions of member states in responding to allegations of corruption and the potential undermining of the Murray-Darling Basin Plan,

(d) the use of Commonwealth-owned environmental water for irrigation purposes, and the impact on Basin communities and the environment,

(e) the operation, expenditure and oversight of the Water for the Environment Special Account, and

(f) any other related matters.