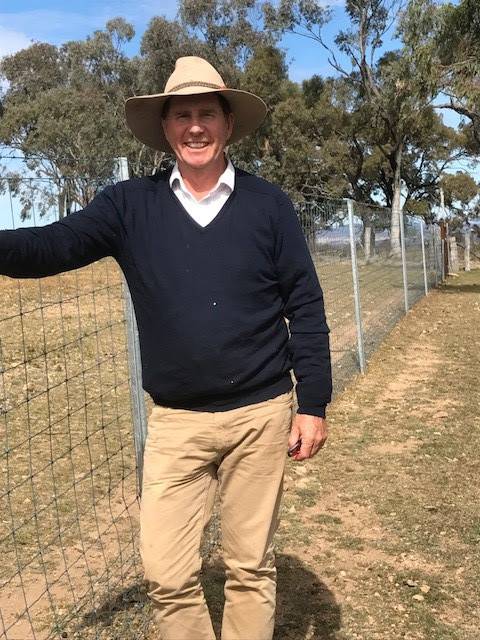 THE construction of an exclusion fence has allowed a Traprock region grazier Brent Finlay to protect parts of his property from wild dogs and return it to productive and profitable sheep grazing land.

Mr Finlay, who runs 8000 Merinos on his 4500 hectare property Cooinda at Dalveen, said while wild dogs had always been an issue in the area. However, a surge in numbers had now placed the sheep operations of many local producers under threat.

“It is significant when you lose 600 sheep a year with the recent market value, which has been at about $120/head,” the former National Farmers Federation president said.

“It’s all about bringing sheep back because this country does sheep well. Building fences will allow people to reclaim sheep back from the dogs.”

After making the decision to erect the Waratah exclusion fence two years ago, Mr Finlay has not only eradicated the wild dogs, but also seen subsequent improvements in the manageability of his stock and quality of life.

“The fence will allow us to use the property to its full potential,” Mr Finlay said.

“Recently we have been using only 70 per cent of the country, but now we can actually take it to 100pc.

“By installing the fence we have increased the ease and effectiveness of running the property, we have eradicated some of the major production costs - the loss of sheep and sheep that are stressed from being chased by dogs.

“Our animals are happier so they maintain condition and they also produce a better quality product, whether its meat or wool, those numbers stack up.

“When you have wild dogs you spend hours every day looking for dogs, so the savings for us will be substantial in wages and there is an increase in stock numbers because we have removed the principle cause of death.”

Built with the help of his neighbours, Mr Finlay has erected 19km of Waratah Stocksafe - T exclusion fence with an apron at the bottom, securing his boundary.

With 12km to go and great results achieved already he is confident he won’t have any more trouble with wild dogs in the foreseeable future and is optimistic about the uptake of exclusion fencing from others within the district.

“The great thing about it is I now have neighbours who are looking to build fences off my exclusion fence," Mr Finlay said.