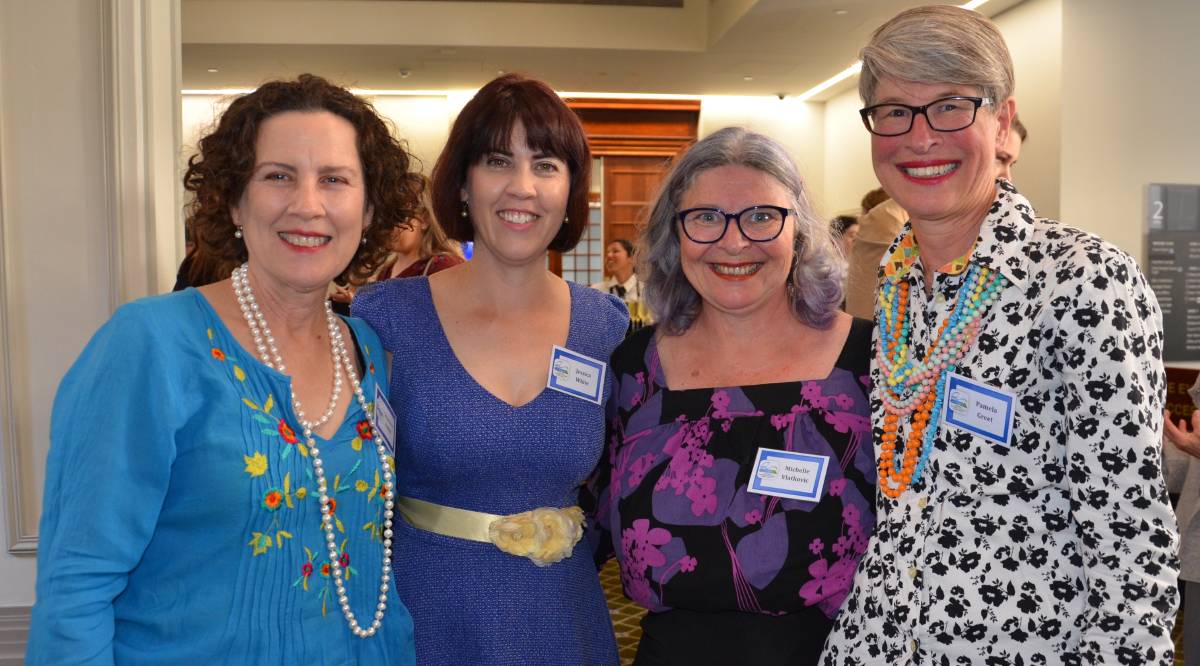 Pam Greet, left, in her favourite Jen Geddes What2Ware shirt, with QRRRWN friends including Jessica White and Michelle Vlatkovic, wowed high tea attendees with her news that the fashion addiction can be broken. Photo by Col Jackson.

Jumping off the fashion wheel, or catering to it bush-style - three provocative stories were shared during the Queensland Rural Regional Remote Women's Network Ekka high tea.

Women and clothing go together like a hand in a glove, so the topic was an easy one to find thought-provoking speakers for when the Queensland Rural Regional and Remote Women's Network held its fifth annual high tea in Brisbane on Friday.

As Governor Paul de Jersey, one of only two men in the room at Brisbane's City Hall, said, the event has become as much a part of the Ekka as fairy floss and dagwood dogs.

Telling the mixure of women from Brisbane and out of town visitors that QRRRWN had been offering inspiration for almost a quarter of a century in a quest to build resilience in regional parts of the state, he would have found plenty on offer when Julie Brown, Kerrie Richards and Pam Greet took to the podium with their stories. 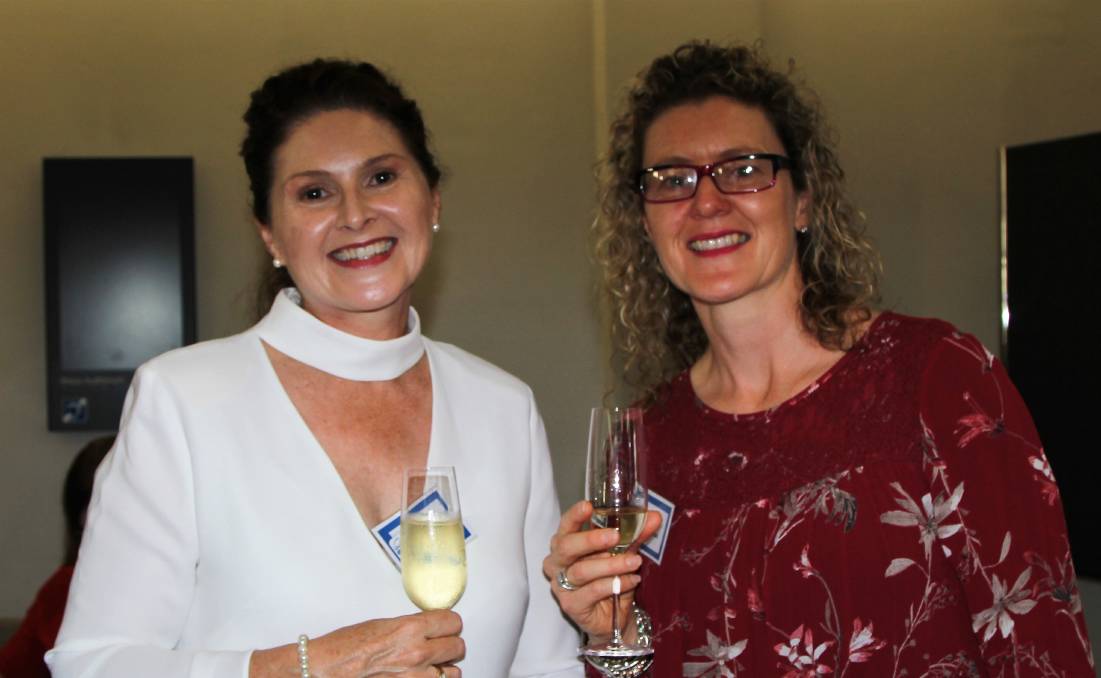 As is so often the case in the bush, necessity is the mother of invention, which was very much the case with Kerrie and Julie, both bush women battling drought and economic downturns who turned to clothing manufacture and design for an alternate income source.

Kerrie is well-known as the founder of Merino Country clothing while Julie's story of creating an appealing range of sunsafe swimwear has been a recent tale of inspiration.

But it was Brisbane’s Pam Greet, a 59-year-old former senior public servant and social strategy consultant, who provided a challenging counterpoint when she told the gathering that she had "unfriended" fashion.

"I've broken up with intoxicating fashion and sublime shoes but I still love clothes," she said, sharing her 2016 journey of spending a year with only 50 items of clothing at her disposal.

Excess undies were jettisoned, pretty fashion camisoles were found to be superfluous, and even brown leather boots were hardly worn among the seven pairs Pam allowed herself to retain.

While she made do with limited numbers of these items, she didn't include scarves or jewellery in her clothing diet, perhaps suggesting a sweet tooth in this area.

In answer to the obvious question, why do it, Pam said she had many motivations, chief among them wanting to take apart the message of how one should appear, by not conforming to a norm.

"I wanted to reclaim responsibility," she said.

Reclaiming time was another benefit of the exercise - that time spent deciding what to wear.

Finally, Pam wanted to go back to her childhood family mantra of "use it up, wear it out, make it do or go without", which she felt was lost in today's world of consumption.

Along the way she radically revised how often she washed clothes as part of an overall desire to lessen the footprint that fashion leaves on the world.

"I feel truly free from not having to shop," she said. "The lesson I learnt was, be true to you."

An extra benefit was saving a “very significant” amount of money.

Proceeds from the high tea will go towards bursaries to help young rural women attend the annual QRRRWN conference, being held this year in Emerald in October.