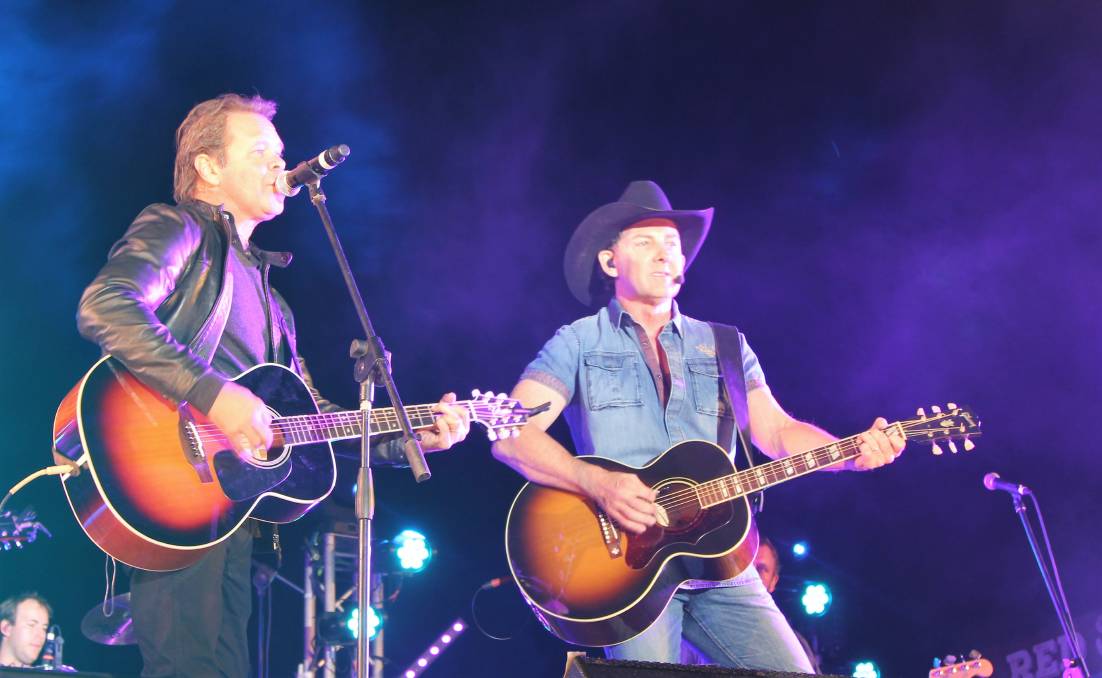 Troy Cassar-Daly together with Lee.

Australian country music icon gives 7000 fans the concert of their life on the edge of the Simpson Desert.

From the opening refrain of Outback Club Reunion to the last stanzas of Lights on the Hill, Lee Kernaghan reminded the 7000 people at the Big Red Bash at Birdsville why they were there – to honour the Australian spirit that shines most brightly in our remotest locations. 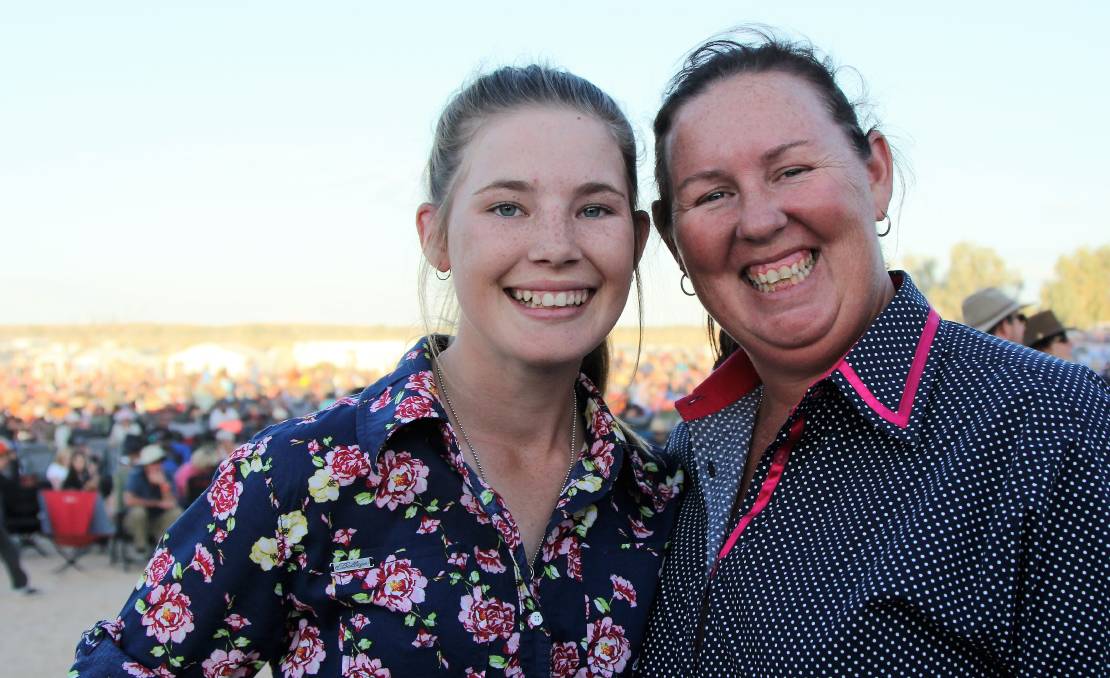 In 1998, only six years after wowing the country music scene with The Outback Club and follow-up albums Three Chain Road and 1959, Lee toured a number of remote locations that were struggling financially, to promote their cause and highlight their need with his Pass the Hat Around tour.

One of those places was Yaraka, a town of 24 people, two hours south west of Blackall.

While it had been chosen as the main western Queensland venue for Lee’s initiative, the great unknown was whether an audience would travel to such a small, remote place.

The plumes of dust from the hundreds of cars driving towards Yaraka all those years ago, showing the support Lee was able to command early in his career, were magnified at Birdsville last week when thousands turned out for Australia’s most remote music festival and Lee’s headline show. James Blundell and Lee Kernaghan singing about good times in 1992.

It was the midway point in the 25th anniversary celebration of the release of Boys From the Bush, which put Lee on Australia’s country music map.

The legion of fans – many of them men who’ve grown up with Lee’s anthems to their bush skills, and others who are only experiencing his playlist dedicated to scrub-bashing, skinny-dipping and horse-riding for the first time – weren’t let down by the man in the black hat on stage on the edge of the Simpson Desert last week. 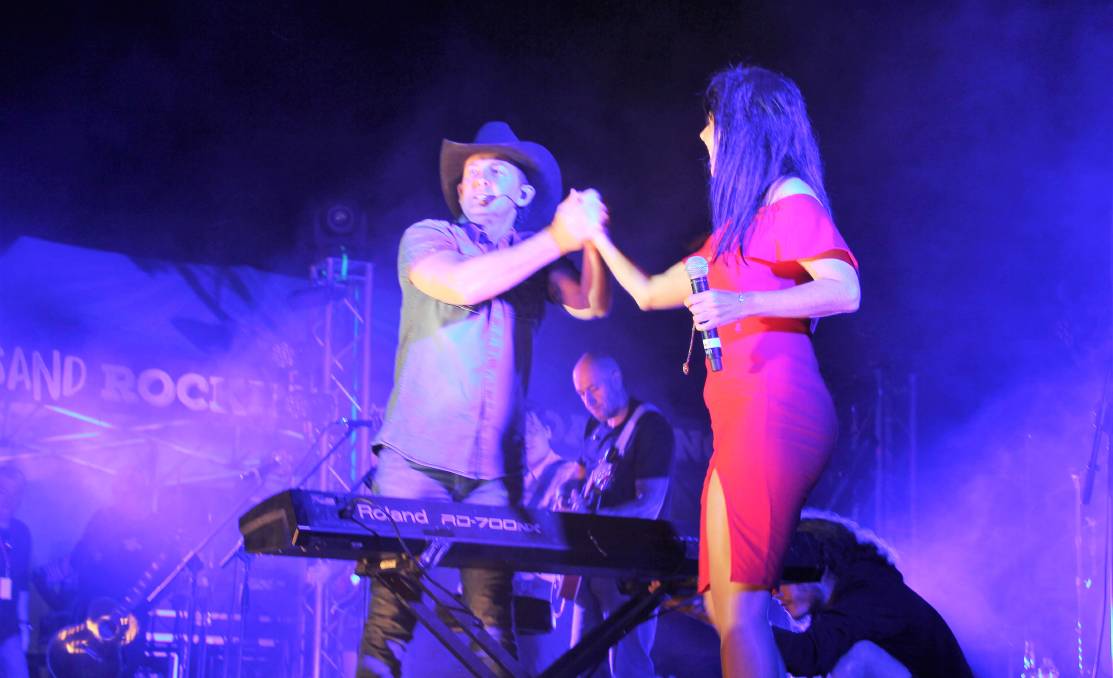 Brother and sister, Lee and Tania Kernaghan sang together on stage.

It was a beautifully choreographed show that introduced many of the fellow performers who’ve featured in Lee’s 25 years of song-making – A Bushman Can’t Survive on City Lights with sister Tania Kernaghan, laughs aplenty with James Blundell over their 1992 tour and fun at the Wee Waa Bowling Club, and great sounds with Troy Cassar-Daly and the McClymonts. 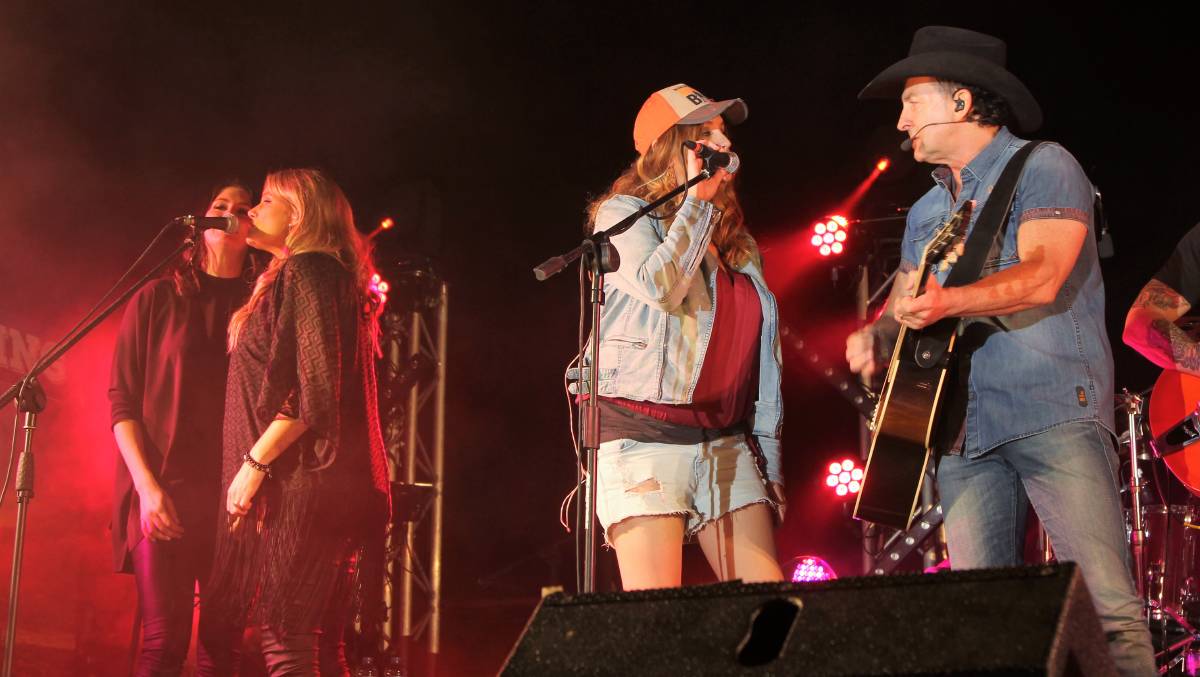 The McClymonts credited Lee with giving them their start in the music business.

There is no doubt that the country music legend, Australian of the Year and Order of Australia award recipient knows his audience.

As well as revving them up with their favourite ute songs, they were moved to tears when thousands of phones lit up the desert sky in a tribute to the king of Australian country music as the refrain to Missin’ Slim rang out.

It was amplified even more when Spirit of the Anzacs, accompanied on the big screen by images of our soldiers at war, was played.

The people who took part in the Big Red Bash 2017 will be able to say they were there for a show to remember.