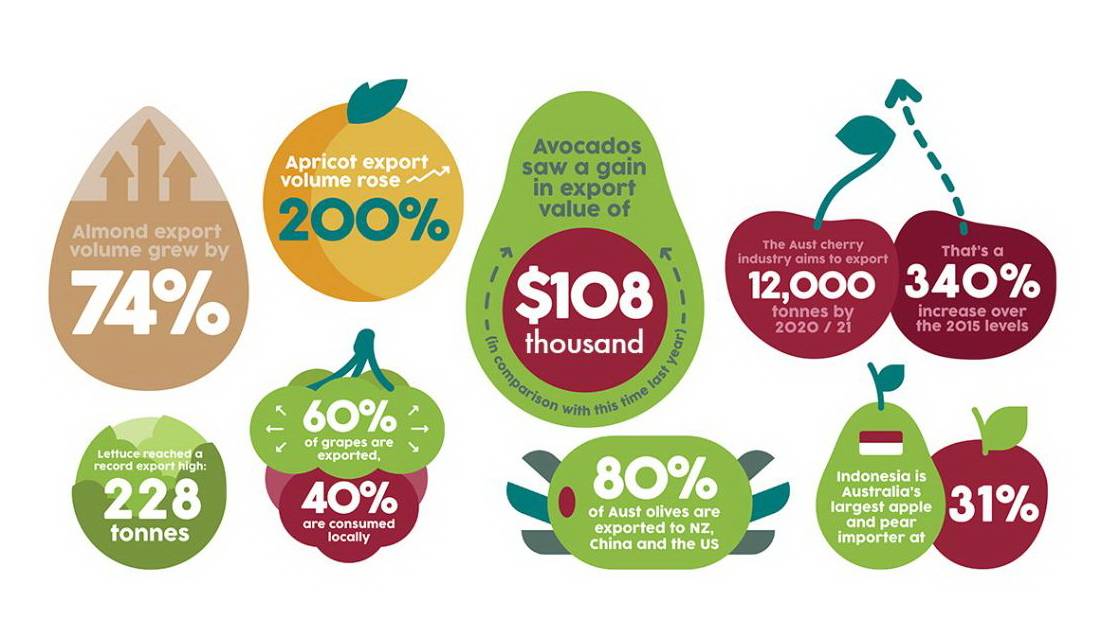 IN THE KNOW: The latest Horticulture Trade Intelligence reports capture insights for key fruit, nut and vegetable products in Australia.

NEW trade data reports show that almond exports sky-rocketed by 74 per cent from 2016 to 2017, and the volume of our nation’s apricot exports tripled, among other findings.

Hort Innovation chief executive John Lloyd said the information, which will continue to be released quarterly, is a useful tool for Australian exporters and those who aspire to trade.

“This trade performance data will give Australian growers the tools they need to gauge what is happening in markets around the world to identify potential market opportunities and, where necessary, adjust their farm operations and marketing accordingly,” Mr Lloyd said.

In the first quarter of 2017 (Q1 2017), New Zealand, China and the US represented the key export destinations for Australian olives and olive oil, receiving over 80pc of export volume.

Italy, Spain and Greece were stiff competitors for Australian olive products in all its key export destinations.

In vegetables, carrots and turnips accounted for the highest share in overall export volume in Q1 2017, showing a growth in value of 14pc and volume of 4pc in Q1 2017 from the previous year.

Almonds continue to dominate as Australia’s most exported commodity. In the Netherlands, imports of Australian almond tripled during the first quarter year on year from 2011–16, reaching 2045 tonnes.

Hort Innovation delivers more than $100m in research, development and marketing activities across the horticulture industry each year with funding from the Australian Government, grower levies and other sources.