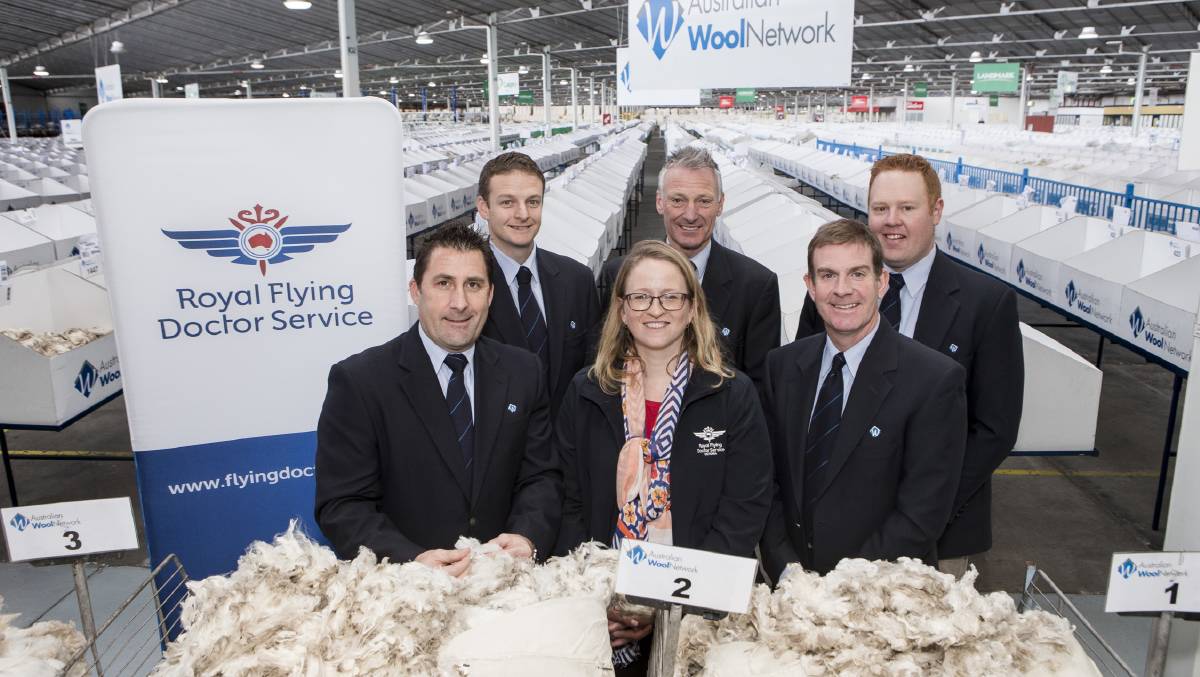 The Royal Flying Doctor Service has benefitted to the tune of almost $13,000, thanks to wool sold through the Australian Wool Network.

BUOYANT wool prices have benefitted a charity to the tune of nearly $13,000, thanks to a partnership between Australian Wool Network (AWN) and the Royal Flying Doctor Service (RFDS).

Every year since 2004 AWN has selected a number of bales to be auctioned in the final week of the selling season and the proceeds from these are donated to the charity which helps those in rural and remote areas.

This year wool sold in Sydney, Melbourne and Fremantle raised $12,903 to help the RFDS continue its vital work.

In Sydney two lots were sold for a total of $5231. NSW state manager and wool specialist Mark Hedley said there was good competition with everyone getting behind the charity auction.

The first lot of 15.9 micron wool sold for 1920c/kg realising $2362 while the second lot comprising 14.6 micron wool attracted an impressive 2110c/kg to return $2870. The successful purchasers were New England Wool and Techwool Trading.

The bidding action in Melbourne was just as spirited with state manager and auctioneer Kelvin Shelley very pleased the bales sold well above market valuation. 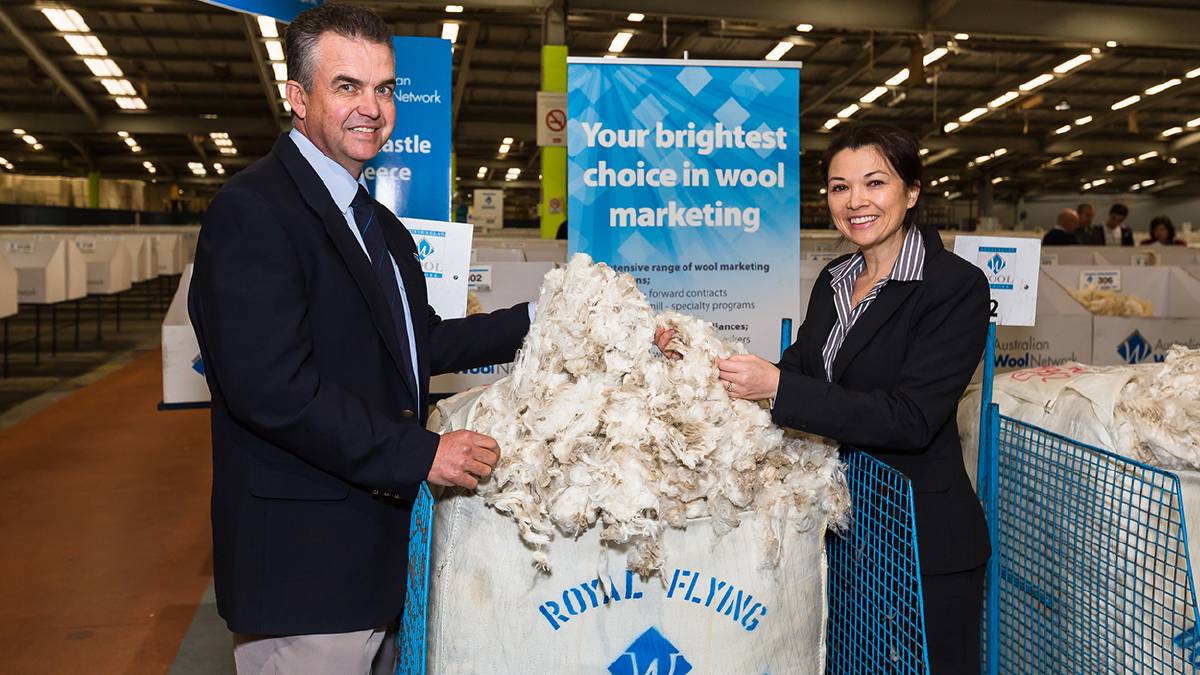 Two bales were also sold in Melbourne with lot one attracting 1800c/kg for 15.8 micron wool returning $2250. The successful purchaser was Sentdale while lot two, a 16.8 micron bale, sold to New England Wool, reaching 1750c/kg to amass $2170.

On the other side of the country Peter Howie at Dyson Jones reported a successful sale of two bales at Fremantle.

RFDS senior coordinator development Allison Reid attended the Sydney sale and was full of praise for all those involved.

“The support from AWN helps us meet the increasing health needs of patients in western NSW. We have been very fortunate to have been chosen as the charity to be supported by AWN for so many years,’’ she said.

“We really appreciate the assistance of AWN. It has been a fantastic partnership and is very much appreciated.’’

Ms Reid also had the opportunity to learn a thing or two about the wool industry.

“The AWN team showed me around and it was a great experience to witness the auction first-hand and learn a little bit about wool. I was also able to meet the winning bidder who was operating for both successful purchasers,’’ she said.

“It is wonderful to see a country-based industry giving back to rural and remote communities. Their support is simply fantastic.’’