A Birdsville woman is preparing to run 4500km in an event she calls Running for Bums. 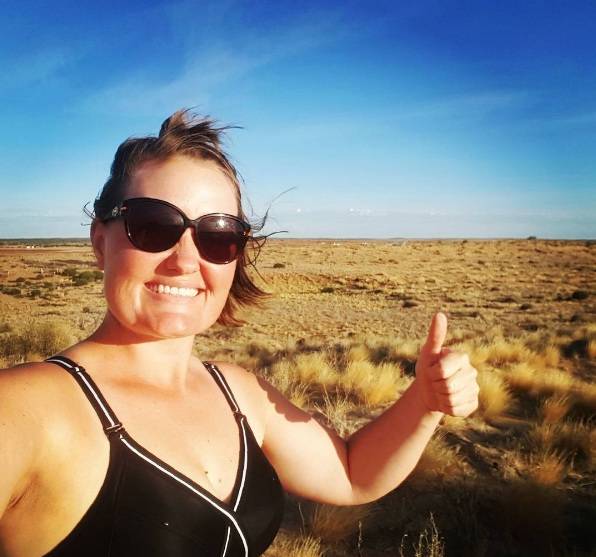 No, she isn’t running naked or showing off her bum.

Ms Brook will run from Tasmania to the tip of Cape York in February next year in a bid to raise awareness and start a conversation about bowel cancer in rural communities.

The 4500km journey will take about four months with Ms Brook preparing to run 40km each day on her inland journey to arrive in small towns by midday to spend the afternoon chatting with locals.

Ms Brook, whose family run organic beef properties in the state’s far west, is the first to admit she isn’t a runner and she doesn’t enjoy it but after her own experience with bowel problems she is hopeful she can help save lives.

“My grandfather had bowel cancer before I was even born...so we have a strong genetic link to it,” she said.

“When I was 25 because I knew what our family history was I was screened then and had a number of abnormalities removed and am now on a recall list.

“The main thing is to get people to talk about bowel cancer because unfortunately our society lends itself to be embarrassed talking about that.

“The success rate of treatment when found early is 90 per cent. For the sake of having the uncomfortable chat with your doctor or your family, you have to do it.”

Her training involves cycling, yoga, walking, strength and stretches but has taken a slight step back after suffering a hip injury.

She is confident of recovering and completing her Running for Bums event even if she has to cycle her way through it.

It seems she is no stranger to a wild challenge either having walked across the Simpson Desert in 2012 and competed in ultra marathons.

Ms Brook said she didn’t underestimate the pain of this challenge.

“The physical side of it is going to be brutal...I’m probably going to cry a lot,” she said.

“But hopefully the benefit of this whole run for the communities I pass through will give me the motivation to get out of bed some mornings.”

Ms Brook will complete her run while wearing clothing from Merino Country and said it would be a great advertisement to the wool industry that their products could survive an enduring run.

Merino Country managing director Kerrie Richards said they wanted to support a cause that affected the rural communities.