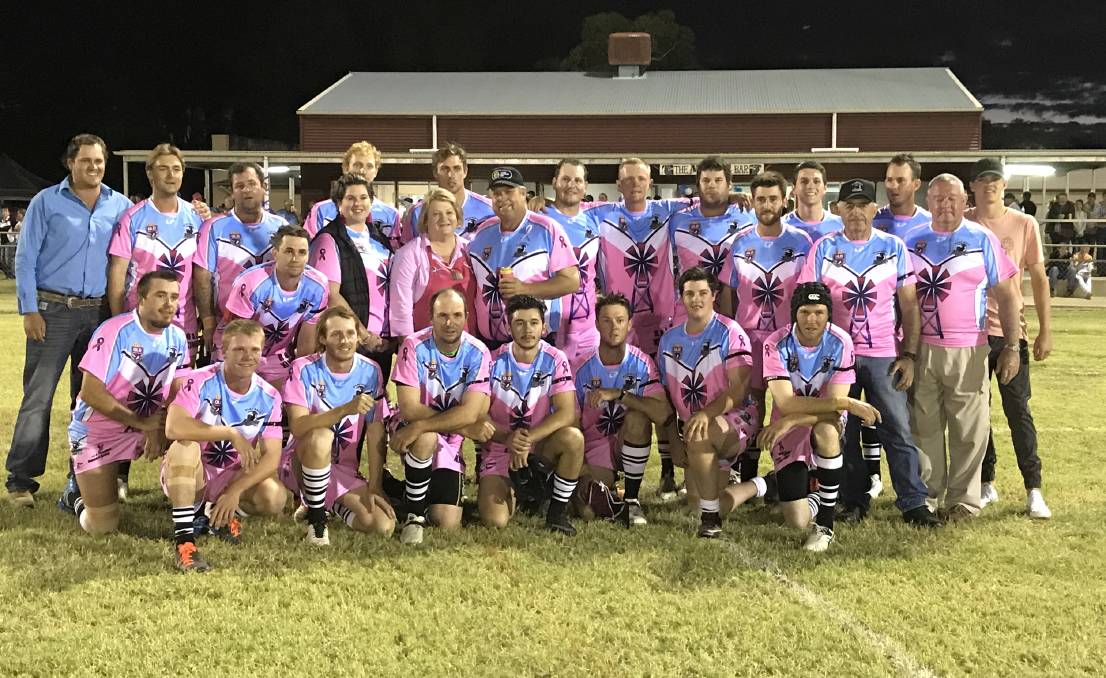 Pink and blue: Lisa and Rod Kings, and daughter Chloe, surrounded by the Blackall Magpies in the jerseys auctioned for $26,000. Photo: Di Hauff.

Tough times bring out the best in people and that’s what happened in Blackall over the weekend when over $26,000 was raised for a volunteer group that supports people with a diagnosis of cancer.

Tough times bring out the best in people and that’s what the community of Blackall witnessed on the weekend, when in one hour of spirited bidding, over $26,000 was raised for a volunteer group that supports people with a diagnosis of cancer.

It was a breath-taking result that took everyone by surprise, not least Lisa and Rod Kings, the couple who had successfully won the naming rights for an annual charity jersey offered by the Blackall Senior Rugby League.

Lisa is one of those who knows what it’s like to battle breast cancer in rural Queensland, having had a mastectomy in 2009, followed by seven years of a strong drug regime, and a lymph node diagnosis in 2015.

Without the support of the West’n Breast & Prostate Cancer group, her recovery would have been a much more challenging ordeal, but just having someone to share her fears made a world of difference.

It’s what prompted Lisa to outlay around $2500 at the Blackall Magpies’ sign-on night, and what saw the team run out for their first home game on Saturday night decked out in a specially designed pink and blue strip. 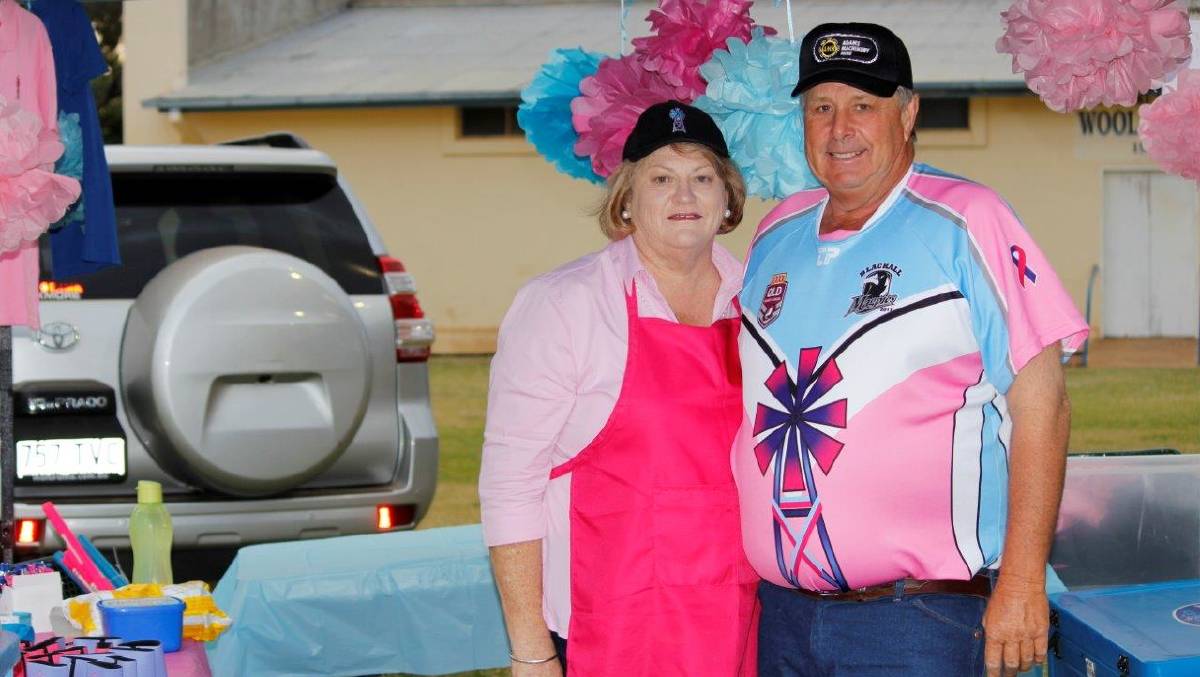 Lisa and Rod Kings manning the booth that offered merchandise and awareness pamphlets at the Magpies game.

Following the game, against the central west’s 2016 premiers, the Ilfracombe Scorpions, the one-off jerseys were auctioned.

Ownership was contested more fiercely than the ball on the field an hour earlier, resulting in a kitty of $26,000 that will be used to offer $500 grants to people with a new diagnosis to offset the inevitable travel costs, and to fund registered nurses to complete breast and prostate cancer training.

“To see the amount we paid out turned into ten times that amount was amazing,” Lisa said. “It’s a cause that touches many – any form of cancer – and you don’t realise until you’re there, what other people have been through.”

The support offered to Lisa by trained breastcare nurse, Irene Scott, along with the $500 to put towards travel costs, came at a time when she was often away from family and feeling vulnerable.

“Just being able to talk to someone meant a lot,” she said.

Volunteers who have experienced a diagnosis of breast or prostate cancer make up the support group that operates throughout the central west, coming armed with prior knowledge of what people are going through, and where to go for help.

“Regional areas present issues not faced by our counterparts living within reasonable reach of specialists and services,” the website says.

“For this reason mainly, we want to help reduce this gap by supporting others out here who are on the dreaded journey and their supporters.

“One of us with a very similar diagnosis can be there to talk if a phone call is needed to clear the mind and make that person feel they are not alone.

“We have covered a variety of tracks between us all and have some helpful information to ease the mind or point someone in the right direction to find answers.

“We are not cousellors or medical people, we just want to ease the way through the process.”

West’n Breast has been in operation since 2008, and the Longreach community donated a similar $23,000 in 2014, thanks to the head shaving sacrifice of Maree Scutt, Rebecca Fickling and Peta-Ann Gowing.

The Blackall Magpies started their charity jersey sponsorship offer in 2015 when sisters Deb Macdonald and Gill Russel made Rett Syndrome their charity of choice to support local girl, Taylor Hauff and her family.

A member of that extended family, Julie Hauff, said on Saturday night that while the Blackall Magpies may not have had a win on the scoreboard, they had won again in the community due to the great respect shown towards the jersey concept.

“That is why we are proud to call Blackall our home,” Lisa said. “Blackall is a community that pulls together to make sure the job gets done at the end of the day.”